The last six words sum this one up nicely.


“Humanity will be set free soon.”

This week’s report describes more details of the demise of the “world dark cabal”, or as was called last week (thank you all for your contributions) “the world military industrial pharmaceutical medical banking congressional corporate educational religious nutty nougat caramel complex.” I am not convinced, however, about the use of nuclear weapons which Ben mentions, as SaLuSa,…

While you do not know me, my name is Mr. A (name deleted to protect individual from job loss and/or murder) and I applaud your long standing efforts and your endeavors to see an end to the prolific frauds in the banking industry. Fraud is so prolific, one could say that the modern…
Continue

“This is the biggest news story of the century,” says Klarfeld, an engineer-turned-investigative researcher. “Once the public has…

My Time with Supa ~ by Colleen Marshall

My Time with Supa

Supa became a frequent visitor in our home. I was curious about her personal life, her culture and her Earth experience as a “Light Body Assistant”. In the beginning, my communication with her was through Sheldan. We would talk with her and he would tell me what she was saying. Soon, I realized I knew what was being said…

Lies about the End

Opening the Mind ~Ramtha
"The more you desire to love what you are and to live in knowingness) the more your brain,
is opened up by the God that…
Continue 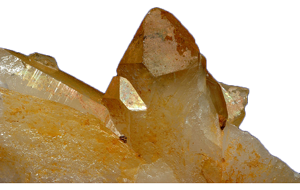 Indeed beloved, I am here.
I am Archangel Metatron, and it is as always, an honor.…
Continue

UFOs had regular flyovers above former Yugoslavia
JNA lieutenant: They ordered us to shoot down a UFO!

"The Nine Stages of American Autogenocide" by Martha Rose Crow,


Fasten your seat belts, make sure your trays are up, all we need is clearance from traffic control. I've done all I could to advise you thru the years, now the responsibility is on you, how you handle this, entry into a brave new world. You've never been here before so, leave the assumptions where you got them. Destination, 21st century.

Healing the Military Energies in Our Family Tree ~Kryon~

Channeler:
David Brown. (posted 10 August, 2011)
Greetings dear ones for I AM Kryon of magnetic service.
Once again it’s wonderful to be with you this…
Continue