The coalition fighting to liberate the planet earth from Satanic control scored a major victory last week by seizing de facto control of the UN and the European Central Bank, Mossad and US Space Command (USC) sources say. This is what was behind the visits to Antarctica by World Economic Forum Director Klaus Schwab and EU Central Bank head Christine Lagarde last week.

Schwab-Lagarde and their teams thought they were going to Rothschild Island in Antarctica to get new Khazarian mafia marching orders. What they did not know was that Rothschild Island has been taken over by the earth liberation alliance. 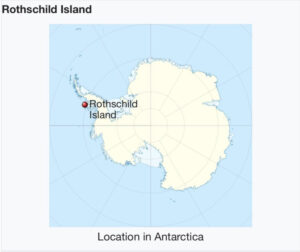 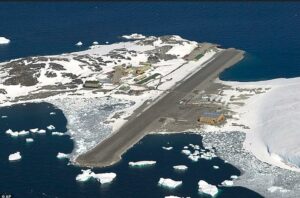 This is what a USC source had to say:

The Schwab team did not know what the trip was about. They were following orders from their masters, or so they thought. A little deception was played. They were given the choice to either join the alliance/benevolent beings or be eliminated. They chose the former. “The proof will be in the pudding” as the saying goes.

We have been told to watch for the change when they return. There will be several government officials who will be tested positive and go into “self-quarantine” within the next 2 weeks or so. We know what that means.

There are signs already that Schwab, a member of the Rothschild family who owns the UN, has already given new marching orders to that agency. The biggest sign is the obvious unwinding of the “pandemic” fear and vaccination campaign as the following news shows:

The Epoch Times reported Friday that the WHO had finally returned its requests for comment and confirmed that the agency couldn’t specify a single death that’s attributable to omicron.

So suddenly a “500 times more deadly new variant” is officially turning out to be a dud.

This news also hints at the new marching orders given to Lagarde:

New German Finance Minister Christian Lindner has made his debut as finance minister by announcing a €60 billion euro injection in the climate. The funds will be sourced from previously unused debt.

This is a sign the German central bank has been taken over and the “unused debt” is fiat money being printed for environmental protection reasons.

So, we are seeing leaders downplay pandemic fears while they print money for reasons other than war and disease.

Remember, what we are ultimately dealing with is a battle over the psychological process of deciding what we as a species do in the future. The battle is between those who want to use fear and hate to enslave us and those who want to build a better future together. On this front, we are getting multiple contacts about a mass meditation on December 21st to promote positive thinking. These meditations are not religious but rather intended to increase positive thinking because the best way to deal with a negative is with a positive.

Speaking about positive, there are signs the corporate propaganda media is about to be taken over by the White hats. In particular, CIA sources are telling us that CNN is about to be clean from the roots and transforming itself into what it was supposed to be: a source of truth and facts.

"A CNN official was accused on Friday of having used an interstate commerce facility to abuse underage girls."

The key here is "interstate commerce facility" because it allows CNN, Google and other corporate media giants to be systematically investigated for child abuse. Our sources say the accused official is already talking loud and clear about his CNN bosses, etc.
This is the agency's response to Ghislaine Maxwell's judgment on the pedophile allegations. The biggest development was that one of the victims in court claimed to have seen a photograph of Ghislaine being naked and pregnant. What happened to the baby?

In any case, another indication that the white hats are putting an end to media forgery is that actor Jussie Smollett has been found guilty of forgery of a racial hate crime. This is proof that the Chinese Communist Party financed Antifa's attempts to create a race war in the United States.
There is also a coordinated, international legal attack on the Khazar mafia on multiple fronts.
Remember how Mark Zuckerberg's alter ego – fake spokesperson for the trans American presidency “Jens Psaki-” disappeared for a few weeks, while his Facebook corporation was taken over and renamed “Meta? Well, now Meta's lawyers are saying in open court that “factual checks” are “opinion”.

These same “fact-finding” communications networks are now also being singled out as the real cause of the ...
More here