“This is the biggest news story of the century,” says Klarfeld, an engineer-turned-investigative researcher. “Once the public has seen the facts they can’t help but accept our history as descendants of extraterrestrial visitors. The evidence is overwhelming and irrefutable.”

“ADAM, THE MISSING LINK” tells of mankind’s creation by an extraordinary species that occupied planet Earth 450,000 years ago. The book is complete with 145 photographs of the symbols and accomplishments of this highly advanced civilization, that makes Klarfeld’s new book a spellbinding and ultimately convincing account of non-fiction. “The artifacts left on earth are convincing evidence of this enormously intelligent species and their many accomplishments,” says Klarfeld. “And mankind is their greatest creation.”


As an undergraduate student at CALTECH in the late 1940’s, Marshall was fascinated by the advanced scientific knowledge found in the Bible’s story of creation. Genesis describes the creation of our solar system as occurring in a 6 “day” time frame.

His question was, how did this 5,000 year old Bible description of the birth of our solar system disclose the advanced scientific information (the ignition of our Sun occurs at the 4th “day”, in a 6 “day” creation process), thousands of years before we discovered it?

Uncertain how to unravel this puzzle, he questioned his Nobel laureate professors, Linus Pauling and Richard Feynman. Their powerful answers stayed with him for decades and inspired him to pursue the knowledge that he is now able to share with the readers of "Adam, The Missing Link." For more information contact Marshall Klarfeld (marshallklarfeld@yahoo.com).

Link sample pages of the book with some pics: 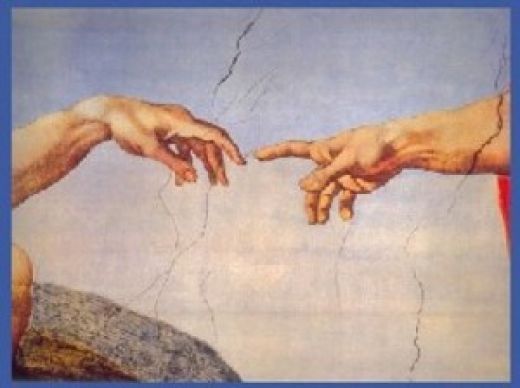