OPERATION HOGGWASH: The Strange Case of Emma's Enigmatic Parents (U... 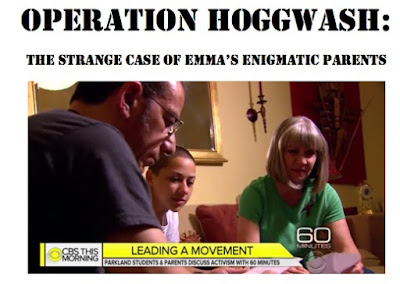 By Dan Cromer[Editor's note: From scratch, Emma and David seemed to be too perfect for their roles as though they had been cast in a staged "school shooting" production. When I learned of the interview on 60 Minutes, it seemed highly likely to me that her "parents" had been cast for those roles, too. And that if that were the case, the parents would be lowlifes, willing to scam the public for their own benefit (which could be in the form of payment, expunging their records or other forms of reward). That they turn out to have criminal backgrounds, including drug dealing and child molestation, therefore, came to me as no surprise. How much did 60 Minutes know? Thanks to Dan for another brilliant expose.]

Curiously, the media has reported very little information about the family of Stoneman Douglas High School student, Emma González who seemingly overnight catapulted into the national spotlight as an activist and advocate for gun control. On the other hand, the media almost immediately reported the names and occupations of David Hogg’s parents and featured them along with his younger sister in interviews. 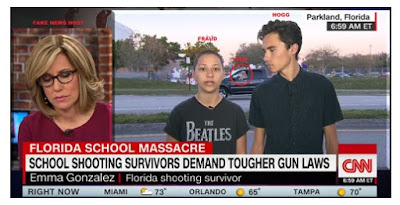 According to Wikipedia, David is originally from Los Angeles, California, but moved to Florida at the beginning of high school. He is the son of Kevin Hogg, a former agent of the Federal Bureau of Investigation and Rebecca Boldrick, a teacher for Broward County Public Schools in Broward County, Florida. He has a younger sister, Lauren.

For Emma, Wikipedia states she was raised in Parkland, Florida and has lived there her entire life. Her mother is a math tutor and her father is a cyber security attorney who immigrated from Cuba to New York City in 1968. She has two older siblings. It was not until their 60 Minutes appearance that aired on March 18, that the media provided a glimpse of Emma’s parents.

[Editor's note: A correspondent, "Anastasia", has observed that, with the criminal record Dan reports about Jose below, he would appear to be disqualified from serving as an attorney, cyber security or not. She has sent a link that lists two Florida attorneys with similar names, neither of whom appears to be our "Jose". Dan may have stumbled across a fake report, where he provides us with an update below.] 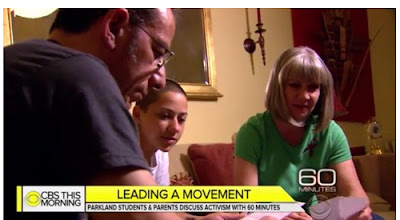 The 60 Minutes interview conducted at the González home in Parkland, FL provided just one quick shot of her father (who they did not name) but did feature a short interview with her mother, who was only referred to as “Beth”. 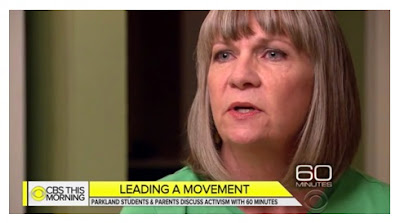 Elizabeth and Jose moved to Parkland, FL in November 1998 and still live there today: 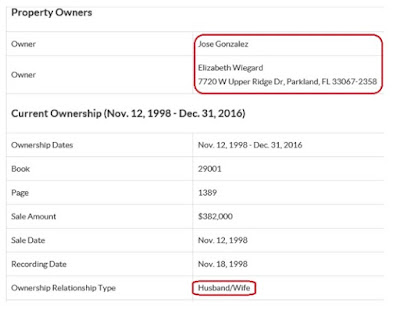 Elizabeth has a criminal record and acting credits, too

It may now be apparent as to why the media has been concealing the identities of Emma’s parents. Her mother’s name is Elizabeth (Wiegard) González and while she currently may be a “math tutor”, her past reveals many years of work in the television and film industry and a criminal record that includes Possession of a Controlled Substance with Intent to Deliver.

and dysfunction is their hallmark....

Well, well, well. What do we have here?

David Hogg and Emma Gonzales are cousins but they pretend not to be while running the anti 2nd Ammendment psyop on behalf of the Deep State.