Out of Our Minds....A Poem by RAIN

Step out of your mind and into existence;
Out of this insanity that you present;
Talking to yourself and losing your mind;
Get it together,still your mind and be fine;
Too many thoughts going on interfering with reality;
Behind your negative thoughts bombarding your mentality;
Lies a stillness that is serene and totally indescribable;
But you can't experience this bliss when you're gullible;
Believing that you are only this flesh, blood and… Continue

Who am I? Please tell me who am I?
Am I the birds and the bees, or the sap in the trees?
Am I the rocks in the river, or the seaweed in the sea?
Am I the stars in the sky or a meteor flying high?
Am I the fruits and veggies, or the honey that is sweet?

Who am I? Please, I want to know who am I?
Why are things the way they are?
Why do the clouds cry?
Why do the birds fly?
Why am I here and what is my purpose?
Why was a born a woman and… Continue

Interview with Kahu Fred Sterling on 2012

Interview with Kahu Fred Sterling on 2012

Kahu Fred Sterling is a master medium, a minister and a messenger - a shaman of Native American ancestry who walks between the third dimensional world of human and the boundless realms of spirit. For more than 20 years, he has been the medium for the loving light and wisdom of Kirael, a master spirit… Continue

Arcturian11, The Universe is a Big, BiG, BIG, BIIIGGG Place... 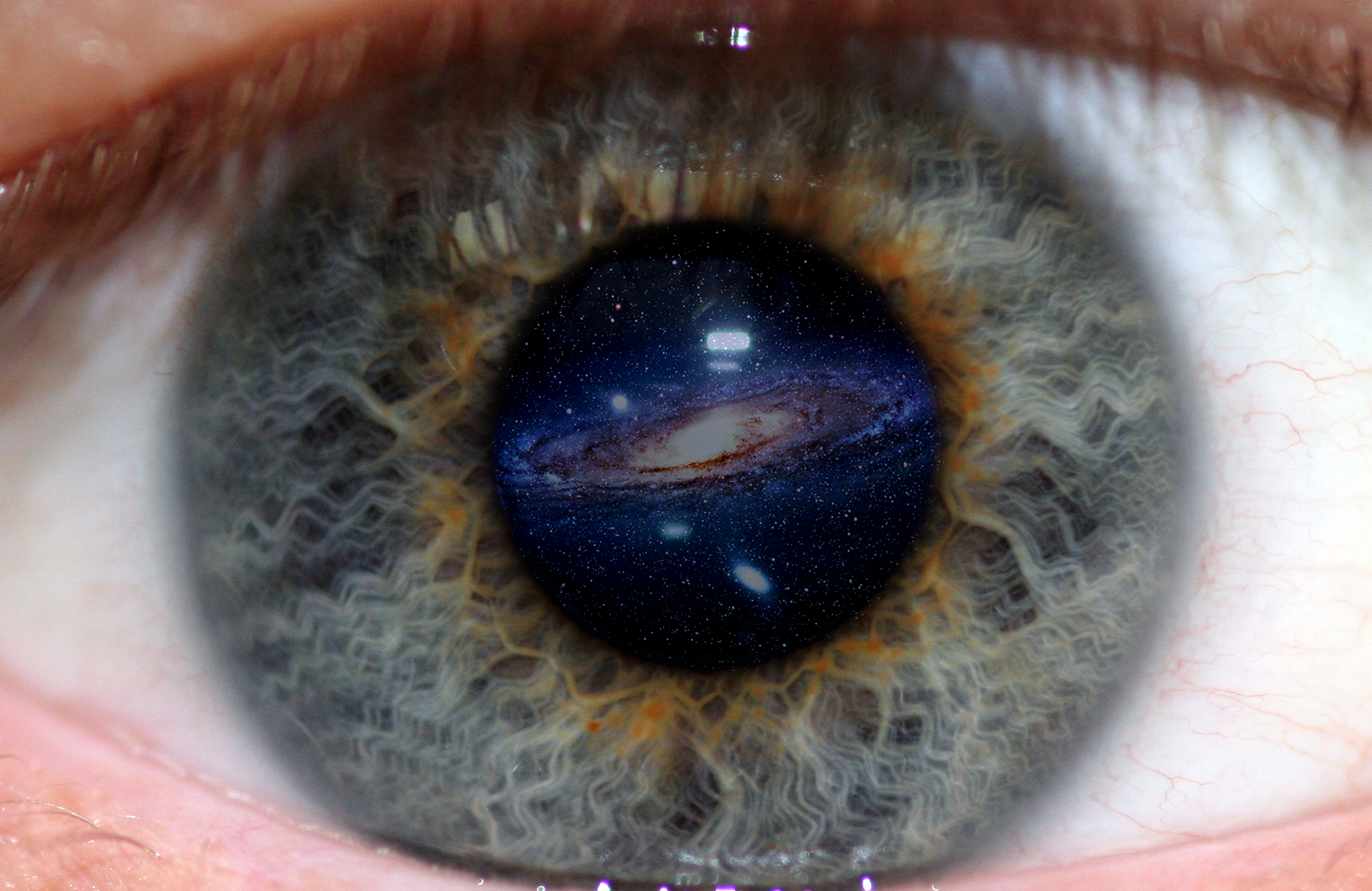 ...and yet when you gently close your eyes, the phenomenal totality of infinity disappears, and someday will forever. THEN...you will See.

The trees know you exist...but they do not always know you want to listen...as you walk around your daily routine find all the trees around your routine and touch EACH and everyone of them...for we both Co-Exist alongside eachother...we breathe in and they breathe out...and so on and so forth...we are eachothers lung and they just want us to know that they are here with us as well...so as you walk around and see a tree next to your window or at the park close to you… Continue

Saturday afternoon's at 1:30 Pacific Time is the History of Nesara… Continue 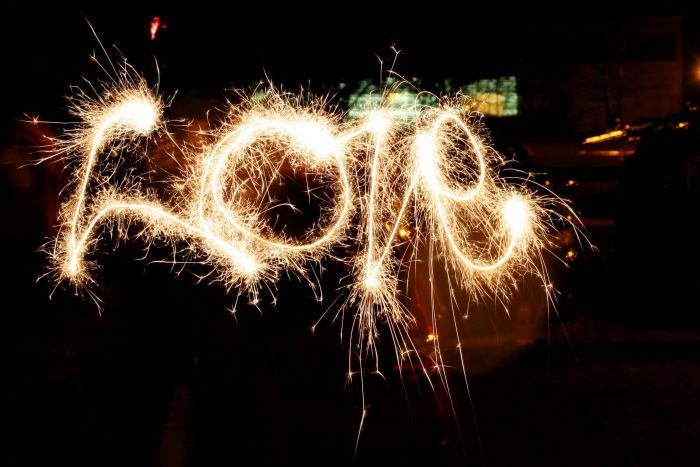 The word "love" has many complex connotations in an insecure world, especially in "civilized" society. Maybe you learned about the different kinds of love in school. "Romantic" love, "platonic" love, love of life, loving the things you do...

Words are just that..."A rose by any other name, would smell as sweet."

Because you say, or write, or type a word, that doesn't mean you EXPERIENCE it. Words are easy. But saying "love"… Continue

Confused... deppressed and messed.. stressed not feeling like the best..

Arrrgh...
I've felt so strange these last few days maybe week now..
I do not know for how long...
but something is crawling inside me... I feel weak.. alone.. and on the point of breaking...
I do not know if this is due to my extreme deep thinking of late, and if it is then I do not know if it is a good thing...
what I know is that I don't want to turn insane, which it feels like I'm kind of headed right now...
but how do you define crazy? right now I just feel… Continue

There have been a lot of meetings in the Universe. Some of the things from the meetings, I have been asked not to talk about it. Because it is not in a balanced way and it could disturb things. I can talk about some of it at least.
Even though this information may not give a solution or anything, even this information wasn’t to be shared at all until the right timing.

If I start… Continue

I got this and lol and at the same time I cried tears of joy.

Earth is The Knot!

Earth is the knot!

The Creations [of different colors] are like round rocks stacking up. The Creations stacking are like if you drill a hole and put a string of thread through. They have stacked and will meld together and become one frequency to become a winning Game. The Knot in the end is Earth. The Blue Creation [where we live with our Universe] is the last one in the stack. So, we as humans on Earth carry the Knot.

To have a dimension, you need a specific Core.… Continue

The completion of the chakras

Are you wondering about what has happened to our chakras?

The Completion of the Chakras

The Crown Chakra and its Channel
is almost finished and wide open to take in a higher light. Its color shifts in bright white and pearl together, and a bright golden light behind like a Sun and its Force. The best stone is a Transparent White Sapphire (possibly with a light tone towards yellow, but not towards blue).

The upper Chakra of the forehead (by… Continue

There have always existed specific souls that have chosen to come into the Blue Creation for very special reasons. When they are there, they are trying to find or come into contact with a specific energy, or something else that they carry and hold in a unique way in the Blue Creation. They exist to help others understand and realize great truths, such as, for example, the Fundamental Truths and the Holy Principles that lead… Continue

THE KIT: To Reach The Right Frequency for Ourselves and Others

I have been asked to bring this information to you by Channie Centara Cha, ambassador for Universal White Time Healing on Earth.
It is a beautiful way to speed up our ascension as well as Mother Earth`s ascension, along with some information regarding Mother Earth.

The first one "The Kit" I received september 20th, followed by "the special letter" september 21th, and "the continuation" I got oktober 16th.

Note: Channie is the writer of My… Continue

Urgent Message to Saviors of Earth


I’m glad I met this group intent on changing the world via consciousness however as most of you know, this is not enough to stop the sadism of the people who control us. There is a conspiracy in the market place to which we are all subjugated. In recent news I herd about the addition on Melamine in the milk. This is nothing compared to what happens usually around the market place. Picture this….If I have a poisons substance in something I’m manufacturing, what I do in… Continue

Those who have interpreted the year 2012 as the beginning of the end of darkness—never mind the total end of the world!—have misinterpreted its significance. Most simply stated, 2012 heralds Earth’s entry into the Golden Age, and between now and then is a time of transition from life as you have known it into life totally in harmony with all of Nature.

Everything in the universe… Continue

Warriors of the Rainbow - Stating the Golden Age

Just another example of the Universal Truth that all religions and beliefs hold. They ALL state a Golden Age is coming e.g. 2nd coming of Christ, Mayan 2012 etc.

Warriors of the Rainbow

Last century an old wise woman of the Cree Indian nation, named "Eyes of Fire", had a vision of the future. She prophesied that one day, because of the white mans' or Yo-ne-gis' greed, there would come a time, when the earth being ravaged and polluted, the forests… Continue

On Christmas morning, Marshall Vian Summers was awakened before dawn to receive another message from the Angelic Presence to be given to the world.

On January 2nd, Marshall will present to the world the audio message that he received and will offer his insights on its meaning and implications, both for… Continue

The acturian emblem and the star strek emblem

Its funny how mutch they look alike 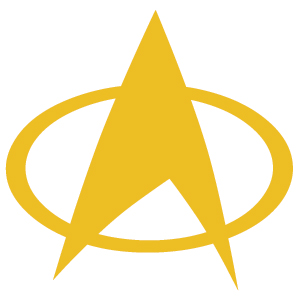