Don't get stuck in the flooding! Any one on Islands, coast lines (200 miles of), fault lines, in California or Japan or near the…

Going underground: The massive European network of Stone Age tunnels that weaves from Scotland to Turkey

* Evidence of tunnels has been found under hundreds of Neolithic settlements
* That so many tunnels have survived after 12,000 years shows that the original network must have been enormous

Out of Chaos comes Order 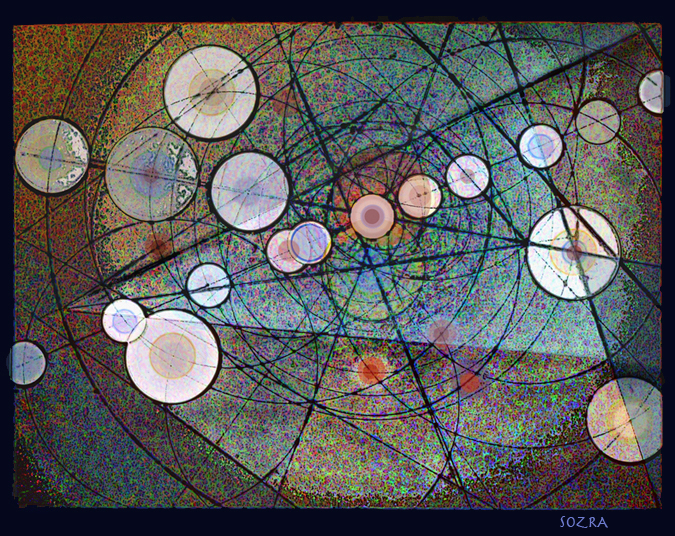 "Wandering Seed"
I did this piece awhile ago. It represents to me the chaos of the universe and out of that chaos comes order. Thought I would share. Any thoughts?

Banned US Commercial about the national debt

A new television ad about the U.S. national debt produced by Citizens Against Government Waste has been deemed “too controversial” by major networks including ABC, A&E and The History Channel and will not be shown on those channels. The commercial is a homage to a 1986 ad that was entitled “The Deficit Trials” that was also banned by the major networks. Apparently telling the truth about the national debt is a little too “hot” for the major networks to handle. But perhaps it is time to…

11 Occult Secrets Now In The Open

Power is derived in many ways. One of them is through ignorance. Deprive people of enough empowering truths while giving the illusion of an essential central control system and you'll have the masses in your back pocket.

More at this link:

~The Main Theme For August is Wake Up and Pay Attention.~ Subthemes are Responsibility and Presence.~

This file photo taken on September 11, 2001 shows a man standing in the rubble, and calling out asking if anyone needs help, after the collapse of the first World Trade Center Tower in New York City

Claims that the terror attacks of September 11, 2001 were orchestrated by US intelligence agencies are “complete nonsense,” Prime Minister Vladimir Putin told attendees of a youth forum.

“This is complete nonsense, it is impossible,” Putin said on Monday,…

Part 1 of 2. Viewer discretion is advised.


Part 2 of 2. Viewer discretion is advised.

This is a message to the anonymous collective using whatis-theplan.org.
Your website and forum “What is the Plan” has come under scrutiny from…

The Origin of Life and Structure of the Universe, by Radivoj Radivojevic

Evolution is evolution, but the combinatorics are combinatorics.
What evolutionists won't tell you ...
Simple organisms are not simple at all, and can not be.

Viruses are small, from 3500 to 1 million of nucleotides, but they can not replicate themselves.
Their DNA have instructions for the structure of one or more proteins that perform a function. However, for anything to…

My name is Anakya (yes, that is my real name.  I do not go by screen…
Continue

On his way in to work this morning, Radio 5 live's sports reporter spotted a disc shaped craft circling above a field in Hertfordshire. Was it a UFO?

Mike Sewell describes what he saw and Timothy Good, an unidentified flying objects expert, tells 5 live Breakfast what it could have been.

What Are You Waiting For?

Just been forwarded this... hope it's true