Just found out that the airline company doing the secretive nocturnal spraying of Corexit is Evergreen, The same C.I.A front company that puts the chemtrails in the sky with it's fleet of 747's, and fly's home the heroin from Afghanistan.
What a bunch of f'''cking murderous gangsters these people are.

Can You Hear Her Cries?

Mother Earth is SCREAMING for Help...

Whatever you can do to help... please do it! Even if it's raising awareness by posting blogs and bulletins, or helping to sign petitions through such a network like care2.com or humanity healing. If you can afford it you can donate to good causes that you know of, and also there's daily clicks through care2 and such, and with…
Continue

The limestone blocks of the Orion pyramids consist of mostly calcite mineral, whose structure can be triangular and octahedral in various forms. Each of the Giza pyramids is apparently designed as the top half of an octahedron, monumental formations of calcite. The angular mathematics of the Orion pyramidal design will be addressed shortly, but their limestone blocks contain information regarding the construction methods of the pyramid builders.

In 1984 a large cache of over 300 artifacts was discovered by a small group of gold prospectors led by engineer Dr. Elias Sotomayor in a tunnel 300’ below ground in the jungle-covered mountains of La Maná, Ecuador. Accurate dating of the artifacts is as yet impossible by the latest methods, as the thermoluminescence technique would be unreliable due to years of exposure to sunlight since their discovery. The lithic technology and geometry presented in the artifacts denies…

Small stones fall from the sky in Dhenkanal and Ratria.

Boulders levitate in Gushan, and in Indiana's Yellowwood…

The Formula of Compassion (the Formula) is a multidimensional tool that has many functions. First and foremost is used for deep emotional clearing, permanently dissolves layers from you emotional blocks. The Formula unlocks and reactivates the “Inner Technology” within your body in order to do this. And best of all, each time you successfully complete the Formula and feel the “Inner Technology” work, your DNA will recode a bit… Continue

Cellphones OFF - Pyramid Telepathy ON ! In the weekend we had the first Dutch crop circle of 2010. It was found close to Etten-Leur. It is described as resembling the snow circles (rings) we had during winter. Eleven circles and eleven rings. 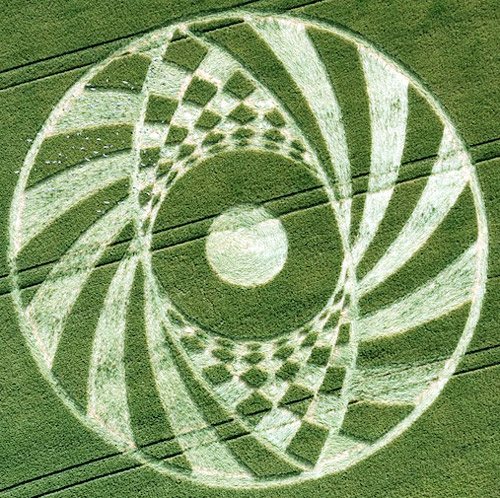 To All World Religious and Spiritual Leaders

Time has come to speak to the hearts of our Nations and their Leaders. I ask you this from the bottom of my heart, to come together from the Spirit of your Nations in prayer.

We, from the heart of Turtle Island, have a great message for the World; we are guided to speak from all the White Animals showing their sacred color, which have been signs for us to pray for the sacred… Continue

Please Sign this Petition: Make a positive Change for all Humanity

This is an easy thing to do please sign.

May you find serenity and tranquility
in a world you may not always understand.

May the pain you have known
and the conflict you have experienced
give you the strength to walk through life
facing each new situation with courage and optimism.

Always know that there are those
whose love and understanding will always be there,
even when you feel most alone.

May a kind word,
a… Continue

John is the kind of guy you love to loathe. He is always in a good mood
and always has something positive to say. When someone would ask him how
he was doing, he would reply, "If I were any better, I would be twins!"

He was a natural motivator..

If an employee was having a bad day, John was there telling the employee
how to look on the positive side of the… Continue

Always aim at complete harmony of thought and word and deed. Always aim at purifying your thoughts and everything will be well.

"And the whole earth was of one language,and of one speech."

Now we can probably say — "And the whole earth was of one calendar."…


What you are about to read is another step beyond research pioneered in the early 90s by author/historian Webster Tarpley based largely on deathbed “clues” provided by former Hitler bodyguard Otto Skorzeny and his box of photographs. Since Skorzeny’s death in 1999, the various leads he provided have been followed up and tend to support what, at first blush, would appear to be the unbelievable rantings of an embittered old man. What…