Japan was big and bad , but I don't think it was the Big One

Japan was big and bad , but I don't think it was the Big One

The Web of Deceit

The Web of Deceit

(It is absolutely deadly)

Many a good person has been unknowingly caught in the web of deceit.

“The Satanists are also now trying to exaggerate fears about nuclear fall-out and nuclear melt-down in Japan.

“The Satanists are also now trying to exaggerate fears about nuclear fall-out and nuclear melt-down in Japan. This is part of a psychological warfare follow-up to the earthquake weapon attack. Panic causing information is emanating from the U.S. embassy in Tokyo, U.S. corporations and their agents. The Satanists need a critical mass of fear and negative feeling in order to force populations to submit to their will and obey them.

Fulford:Illuminati Earthquake attack on Tokyo was deflected, England and the United States are the next target 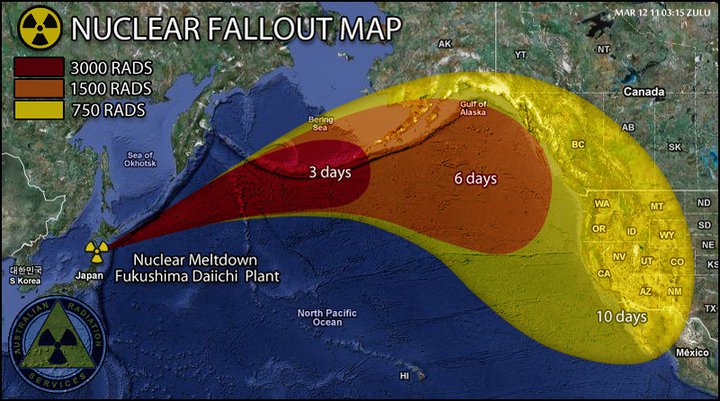 A personal report from a survivor in Japan

A PERSONAL REPORT FROM A SURVIVOR IN JAPAN.

MOST INTERESTING. WE ARE BEING FORCED, SOME OF US, TO JOIN IN GROUP CONNECTIONS - IN ORDER TO SURVIVE, BUT ALSO TO SERVE, CARE AND BE GRATEFUL AND TO SOFTEN OUR HEARTS.

Dear Everyone: here is an e-mail from the friend of a friend presently in Japan. She very movingly… Continue

BRAY’ POINT – Confirmed reports of UFOs “hovering” and thousands of “flashing lights” over the epicenter of Friday’s main earthquake in Japan – located off Miyagi Prefecture, about 230 miles northeast of Tokyo – and UFO’s spotted near Osaka and Yokohama, are predicted in the recent British government release of 8,500 pages of secret unidentified flying object (UFO) reports that point to 60 years of UFO sightings “during times of world crisis.”…

E-mail from Benjamin Fulford, in Japan:

E-mail from Benjamin Fulford, in Japan:

Hi, could you guys please publish this article for me. They have shut down my server.

There is a blizzard of panic…

Greetings Dear Ones, I am Metatron, Lord of Light !

And so we speak today of the 3rd Phase of that termed the Cosmic Trigger. Indeed its time is nigh and will occur on two dates in your linear year of 2011. The initial surge occurs on the March 20 Equinox of 2011, the latter surge on the triple date frequencial portal of the 11-11-11.

Dear Ones, look around you. The planet is remaking itself now and the inertia of massive transition is…

Thoughts.... ? 11 is all around me. This number shows up so much. Just want to get a little more understanding of it. I read an interesting book solara put out on the subject. Just any thoughts about it.

DID ANYONE NOTICE THAT THE JAPAN EARTHQUAKE OCCURRED ON THE 7TH ANNIVERSARY OF THE MADRID TRAIN BOMBINGS?

Some other interesting events, births, and deaths also occurred on March 11. Was the Japan earthquake planned out with these aspects in mind?

March 11
From Wikipedia, the free encyclopedia

Namazu ~ The Earthshaker
Making sense of disaster, history and myth.

According to ancient Japanese legends earthquakes are caused by a titanic catfish, Namazu.…
Continue

CHECK OUT THE SKIES OF JAPAN BEFORE THE QUAKE - VID

CHECK OUT THE SKIES OF JAPAN BEFORE THE QUAKE - VID

A new report released today in the Kremlin prepared for Prime Minister Putin by the Institute of Physics of the Earth, in Moscow, is warning that the America’s are in danger…

Numerology and the Japanese earthquake = HAARP