A very negative view about 2012 and beyond...but unfortunately...full of truths!

To pay them to just hang out and write code. I read in the news this morning that some …

A small Arkansas town might have shown the first example of that as approximately 5,000 blackbirds dropped dead from the sky last night in the early hours of the new year.

As if the incident was not strange enough, it is the…

Is this 'our' Alexander?

I just read this on David Wilcock's latest blog entry:

"The WDS has also been contacted by a group claiming to be the “real illuminati.” They say their order was founded by King Solomon and Pythagoras and is opposed to an ancient Satanic cult run by the Royal Families.
Their representative claims this “illuminati” group was behind the French, American and Russian revolutions.
They say their…
Continue

I found this text on 28th October 2011 and it is a beautiful message...I do hope we experience something like what is described.

The final cycle of the Mayan Calendar is the Universal Level. It began on February 11 this year and ends on October 28. October 9 to 28 is the ‘Seventh Day’ with a theme of attuning to…

about UFOs and extraterrestrials

The search for intelligent life beyond the stars has landed on President Obama's desk.

More than 7,500 people have signed a petition asking the White House to 'formally acknowledge an extraterrestrial presence engaging the human race and… 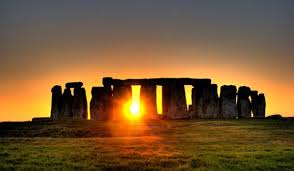 As the sun spirals its longest dance,
Cleanse us
As…