As if our magnificent trees didn’t have enough problems, they’re now being threatened by our emails.

When they’re not being assailed by some foreign bug or moth, there’s often a council official looking for an excuse to cut them down.

Now researchers say radiation from Wi-Fi networks that enable our burgeoning online communications may be their latest enemy.

Research in Holland showed that trees that were planted in close proximity to a wireless router suffered from damaged bark and dying leaves.

The alarming study will raise fears that Wi-Fi radiation may also be having an effect on the human body and will lend weight to parents and teachers who have campaigned to stop wireless routers being installed in schools.

The city of Alphen aan den Rijn, in the West of the country, ordered the study five years ago after officials found unexplained abnormalities on trees which they did not believe had been caused by any known viral infection. 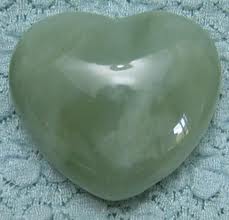 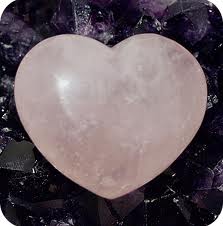 Comment by Simmy on November 28, 2010 at 8:06am
Hi Christina,
At the end of the day you have to do what feels right for you. I totally agree! My teacher was very adamant with her "rules" but we used to follow our instincts when what the things she taught didn't feel right to us. At the end of the course, each one of us had "bended" the way we gave the treatments a bit, following what felt right to us.
And yes, having too many crystals by the bed table (even in your bedroom) can interfere with your sleeping patterns.
Lots of love, xx

Comment by CHRISTINA on November 26, 2010 at 5:41pm
Back again. Had to go off the computer, am not at home now. Anyway, green and rose happen to be the colours of the heart chakra.

@ Simmy
Much appreciated for the tip, I'll bear it in mind, but I think I'm fine with those crystals around the computer. Call me stubborn :), have looked at what works for me, how my body responds and how I feel, even if this means going against the grain. By my bedside there were too many crystals (lapis lazuli, sodalite, turquoise, rose quartz and a few others), I had difficulty sleeping......

Comment by CHRISTINA on November 26, 2010 at 1:45pm
@ paTricia
"trammine" doesn't ring a bell to me. must be tourmaline...... interesting your salting around your property! My sister does that too. I know my mum used to do that also. As for me I keep salt in a shell by the front door. Never an unsettling dream!

Back to the crystals. I find moldavite an excellent one to ward off any imbalanced entities.... . .

Comment by Trudy on November 26, 2010 at 1:23pm
Thanks You amazing Girls... I have put my stones around my pc and its realy amazing the peace that comes in right Now :)))
btw I have a crystal that I wear with me all day And when I am a sleep it is under my pillow ... somehow this crystal makes me feel pure ~*L*~
Kisses an Hugs for all my dear girls ;)

Comment by Simmy on November 26, 2010 at 12:30pm
I did a 2 years course on Crystal Healing and I have a licence to practice, but I don't. just now and again with friends and family. My first intention was always study them for myself, as I always loved them.
I have all kind of crystals. From the most common to the rarest I can afford, hehe!

CHRISTINA, Rose Quartz and Green Aventurine are wonderful crystals for the heart indeed. They help in the physical and in the emotional side as well. Funnily enough, Green aventurine was the first crystal I've ever bought. They shouldn't be left close to the computers Christina. Contrary to the Black Tourmaline, they are too gentle to be under that constant electric smog and their energies are easily depleted. Just have lost of Black Tourmalines around the computers and leave the Rose Quartz and Green Tourmaline by your bedside. :)

PT, I am pretty sure your channel meant BLACK TOURMALINE! It is the toughest crystal out there in terms of protection. It is great to have by doors and windows around the house and should never be use above the waist. "She" has a lower vibration that doesn't go well with our upper energy centres (chakras) which have higher vibration.
A bit more about it:
"It is a well known as a purifying stone that deflects and transforms negative energy. It can transform and remove negativity from an individual or an environment. Black tourmaline is also used for repelling and protecting one from black magick, spiritual attacks and all types of negative energies. Black tourmaline has also been used to deflect radiation energy from tv's and computer monitors."

Comment by CHRISTINA on November 26, 2010 at 11:44am
... black tourmaline is an appropriate one. i carry a small one also in my pocket. i've got also rose quartz and green aventurine with the computer. green aventurine is known as the protector of the heart, i found out later; i fell in love with it, did not know its properties, but it provides a shield against draining of one's energies.....without knowing i happened to have put this crystal next to the computer... intuitively i did this for the purpose of shielding, i guess.. .

Comment by Simmy on November 26, 2010 at 11:20am
I also have a crystal between me and the laptop. I use black tourmaline as I think it's the only one that can "take" the radiation. What crystals do you use Christina?