~ YOU ARE BECOMING A GALACTIC HUMAN ~

YOU ARE BECOMING A GALACTIC HUMAN
Are you feeling the Quickening?
The Shift of the Ages has already begun!
Ancient prophecies predicted it. Indigenous traditions honor it.


Changes within the Earth are affecting our sleep patterns, relationships,
the ability to regulate your immune system and your perception of time.
We are living a process of initiation that was demonstrated over 2,000 years ago,
preparing you to accept tremendous change within your body.
That change is happening now.

SOME POSSIBLE EFFECTS OF THE CHANGES
* Migraine headaches, tiredness
* Electrical sensations in the limbs and spinal column
* Cramps in the muscular networks
* Flu like symptoms
* Intense dreams.
* The human body will become more sensitive as a result of the new vibrations.
* Time or Creation is speeding up!
* The physical body has already begun to change. A new light body is being created.
* Our DNA is being re-programmed from the Universe (as predicted in the Mayan Prophecy).
* Greater intuitive and healing abilities will emerge.
* All newly born children will probably be telepathic at birth.

1. Planet Earth is a training planet.
("The toughest school in the Universe" - Virgil Armstrong)

2. We are fast approaching graduation time.

3. After we graduate we may go on and help others in emerging civilizations.

4. Hitler was the last Lord of Darkness. We are having no more. George W. Bush
and friends are the final tail-end of this negative energy.
He has shown us what we don't want!

5. The Mayan Calendar time-science clearly shows that in any one time cycle of 1144 years,
there are 13 Lords of Light (or heavens) and 9 Lords of Darkness (or hells).
So creation has been designed towards love and light. See Hitler and Time.

6. The Mayan fifth world finished in 1987. The sixth world starts in 2012.
So we are currently "between worlds". This time is called the "Apocalypse" or revealing.
This means the real truth will be revealed.
It is also the time for us to work through "our stuff" individually and collectively.

9. Remember, in any given moment we are making small and large decisions.
Each decision is based on LOVE or FEAR. Choose love, follow your intuition,
not intellect and follow your passion or "burning inner desire." Go with the flow.

10. Thought forms are very important and affect our everyday life.
We create our reality with thought forms.
If we think negative thoughts of others this is what we attract.
If we think positive thoughts we will attract positive people and events.
So be aware of your thoughts and eliminate the unnecessary negative or judgemental ones.

11. Be aware that most of the media is controlled by just a few.
Use discernment! Look for the hidden agendas.
Why is this information being presented to you?
What is "their" real agenda? Is it a case of problem­ reaction­ solution?
Do "they" create a problem so that "we" react and ask for a fix, then "they" offer their solution?
The "solution is what "they" really wanted in the first place.

12. Remember almost nothing happens by accident.
Almost all "events" are planned by some agency or other.
Despite this, it is a very exciting time to be alive!

The truth shall set you free! 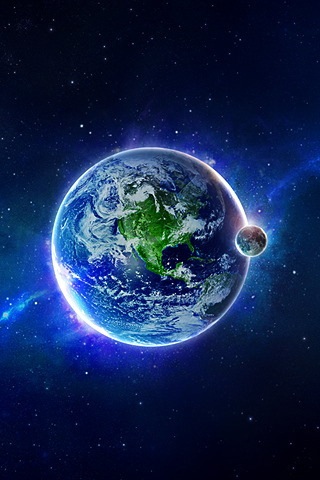 YOU ARE BECOMING A GALACTIC HUMAN !

SOME POSSIBLE EFFECTS OF THE CHANGES ~