Hello there,
it's your friendly Asian Indigo online pal, Reb. And here's the time check for the month of October, day 25.
As you can see from the calendar chart so attached, we should be approaching Day 7 of our Galactic Underworld timeline which is slated to happen, oh, around November 3rd. Next wednesday!
What happens after that is predicted to be 360 days of creating a 'fully ethical society'. The terminology of that which may mean from not cheating during your weekly mock tests to becoming globally vegan.
Ethical, according to dictionary.com, means being in accordance with the rules or standards for right conduct or practice. Maybe everything on earth could be set right within the 360 days starting next wednesday. What would you have liked being set straight?
I for one would love the financial system being set straight. And homophobic straight people being set straight.
Well, that's about all for the short update. Have a happy Mayan weekend!
xoxo, reb 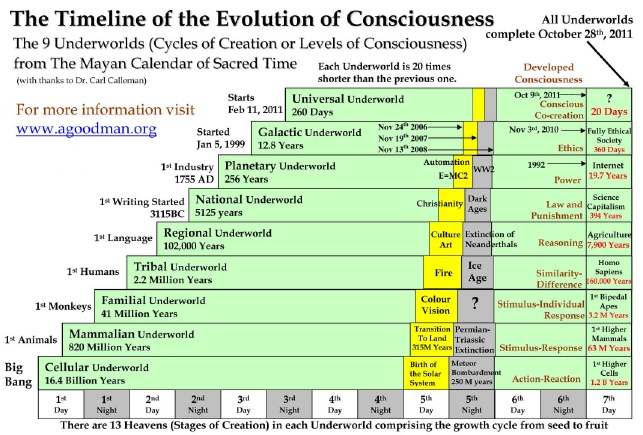 What is to come is the real question...

Comment by Rebecca Shannon Ling on October 25, 2010 at 11:15am
yup, but details aside im wondering what is it thats gonna turn us totally ethical. hmm :)