Six Jewish Companies Own 96% of the World’s Media ! (pakalert) 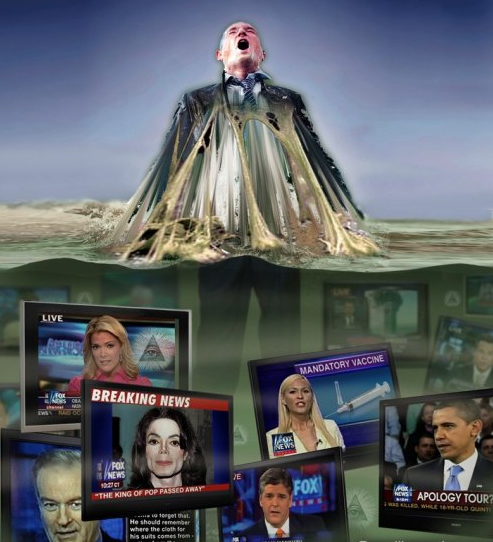 THOUGHT FOR THE DAY!

"Propaganda Works By Tricking People Into Believing A Lie,

Then Relying On Their Unwillingness To Admit Error

To Imprison Them There." -

Most of these industries are bundled into huge media
conglomerates run by the following seven individuals:

Michael Eisner, Chairman and CEO of the Walt Disney Company

Most of the larger independent newspapers are owned by Jewish interests as well. .

The power of lies, deceptions and disinformation
as Americans pay the price of collective stupidity.
“You know very well, and the stupid Americans know equally well,
that we control their government, irrespective of who sits in the White House.
You see, I know it and you know it that no American president can be in a position
to challenge us even if we do the unthinkable.
What can they (Americans) do to us?
We control congress, we control the media, we control show biz,
and we control everything in America. In America you can criticize God,
but you can’t criticize Israel…” Israeli spokeswoman, Tzipora Menache
Facts of Jewish Media Control
Electronic News & Entertainment Media


The largest media conglomerate today is Walt Disney Company,
whose chairman and CEO, Michael Eisner, is a Jew.
The Disney Empire, headed by a man described by one media analyst as a “control freak”,
includes several television production companies
(Walt Disney Television, Touchstone Television, Buena Vista Television),
its own cable network with 14 million subscribers, and two video production companies.
As for feature films, the Walt Disney Picture Group, headed by Joe Roth (also a Jew),
includes Touchstone Pictures, Hollywood Pictures, and Caravan Pictures.
Disney also owns Miramax Films, run by the Weinstein brothers.
When the Disney Company was run by the
Gentile Disney family prior to its takeover by Eisner in 1984,
it epitomized wholesome, family entertainment.
While it still holds the rights to Snow White, under Eisner,
the company has expanded into the production of graphic sex and violence.
In addition, it has 225 affiliated stations in the United States and is part owner
of several European TV companies. ABC’s cable subsidiary, ESPN, is headed by
president and CEO Steven Bornstein, a Jew.
This corporation also has a controlling share of Lifetime Television and
the Arts & Entertainment Network cable companies. ABC Radio Network owns
eleven AM and ten FM stations, again in major cities such as New York, Washington,
Los Angeles, and has over 3,400 affiliates.
Although primarily a telecommunications company, Capital Cities/ABC earned
over $1 billion in publishing in 1994. It owns seven daily newspapers,
Fairchild Publications, Chilton Publications, and the Diversified Publishing Group.
Time Warner, Inc, is the second of the international media leviathans.
The chairman of the board and CEO, Gerald Levin, is a Jew.
Time Warner’s subsidiary HBO is the country’s largest pay-TV cable network.
Warner Music is by far the world’s largest record company, with 50 labels, the biggest of
which is Warner Brothers Records, headed by Danny Goldberg.
Stuart Hersch is president of Warnervision, Warner Music’s video production unit.
Goldberg and Hersch are Jews. Warner Music was an early promoter of “gangsta rap.”
Through its involvement with Interscope Records, it helped popularize a genre
whose graphic lyrics explicitly urge Blacks to commit acts of violence against Whites.
In addition to cable and music, Time Warner is heavily involved in the production
of feature films (Warner Brothers Studio) and publishing.
Time Warner’s publishing division (editor-in-chief Norman Pearlstine, a Jew)
is the largest magazine publisher in the country (Time, Sports Illustrated, People, Fortune).
When Ted Turner, a Gentile, made a bid to buy CBS in 1985, there was panic
in media boardrooms across the nation.
Turner made a fortune in advertising and then had built a successful cable-TV news network, CNN. 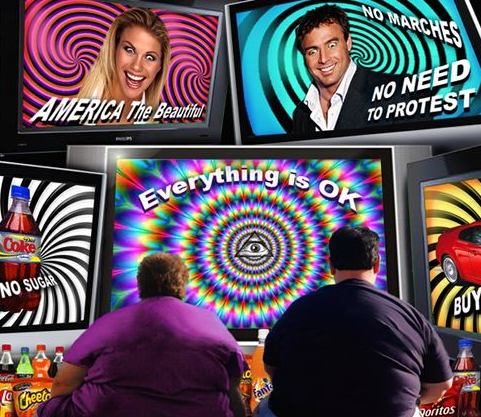 Control Freaks, Is An Indication of That Level Of Consciousness? Quite Self-Evident !

As the Higher Energies, and the Platinum Rays Stream In,  That Will Be Harder To Do..?

and Get Away With..

Comment by JIM4HOPE on February 9, 2011 at 6:01am
I do believe they are the control freaks at large and above the law ,where justice and accountability for there actions are answered by do process of the law .I have nothing against the Jewish people but I do have a real problem with some human beings who happen to be jewish who have created a lot of pain and suffering with millions of deaths all for a profit they are in hand with evil who are in love with the thought of total global control of every living creature and all of earts resources they have including patents on inventions that would push humanity at least a hundred years ahead and so my problem lies with those cold blooded beings who happen to be of jewish blood lines .There are others who are as evil playing there role that are not of jewish heritage but are within close range and in support and defense of all there negative actions ,so I say to them all empires fall down even those hidden with in the shadows of society ,and justice will be slapping you in the face sooner than you may think .