RED DRAGON FAMILY : The Pope would love you all to join him in The Sacrifice of the Mass(es) Posted by HATTER on January 2, 2015

RED DRAGON FAMILY : The Pope would love you all to join him in The Sacrifice of the Mass(es) Posted by HATTER on January 2, 2015 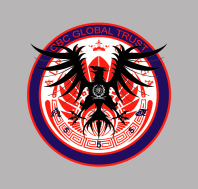 THE BLACK BAT OF DRACUL and BAVARIAN ILLUMINATI

The Pope would love you all to join him in

The Sacrifice of the Mass(es) in view of

his holiness and host

The Ambassador called Ron this afternoon all excited. A fiery Phoenix cloud formation that appeared over Beijing just before Christmas during the time his message was being recorded with rock. The elders took this is another sign that 555 would overtake 666. Bear in mind that the Ambassador’s symbol is the phoenix. In addition, the Pope’s New Year message was about ending war and stopping slavery. Of course most of humanity would like to see this come to pass, since it is our vision is much as it is the Ambassador’s. Gwen Caldwell, a Native American from South Dakota, join the Ambassador and Ron in the conversation.

Just for Clarification, Rose has repeatedly said (and I totally agree) that the ENTIRE MONEY SYSTEM and the Job System was put in place by LILLITH (a/k/a Queen Elizabeth -same being) to ENSLAVE and Control us. In case you don’t know Queen Lizzie owns about 90% of the world’s property. That means that Anyone (Cobra, Fulford, Drake, Wilcock, etc) promising Freedom for the Masses by any kind of “Financial Reset” is knowingly or unknowingly supporting the Matrix Slave Lords. Earlier in my Journey ( before I came across Rose and thoroughly studying her info) I initially bought into the RV, Reset and even to a degree Cobra’s version of “The Event” but I now know these are all still tied into The Matrix and will NEVER result in any freedom for us. The Matrix Slave Lords dangle these “carrots” before our desperate eyes because they know we will most likely latch onto any shred of hope for an improved life situation. They are nothing but Empty Promises and Smokescreens. So what is the answer? You have to make your OWN WAY in this mine field. Do not rely on their system to help you! Use your gifts and talents, listen to your inner guidance and USE and BELIEVE in your INCREDIBLE POWERS OF MANIFESTATION! Much Love to you all. This is the Year We Transcend the Matrix (whether we physically leave or not)!

THE PHOENIX RISES OVER BEJING ~ POPE SAYS, SLAVES NO MORE!

A super colider.  A  giant generater.  Creating a magnetic field 100,000 times stronger  than the earth’s magnetic field.  Opening portals to other dimentions.

The word desperation comes to mind……….they have to be at the peak of panic mode.

Trying to run……… Create a new portal for escape……hmmmmmm.