Jesus: The Moment to Move to a Whole New Level of Consciousness is at Hand

The moment to move to a whole new level of consciousness is at hand
September 4, 2011 by John Smallman 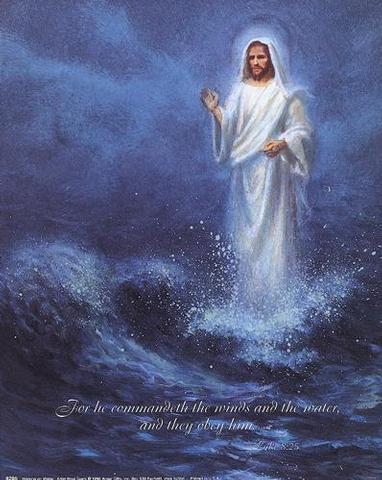 Humanity is on an evolutionary path of spiritual growth that is approaching a point at which it will experience a great expansion of awareness, enabling vast new realms of knowledge to become available which will be of enormous benefit to you all. This is no random event, but one which has been carefully planned and toward which you have been making slow but steady progress for eons. The moment when all the work that you have done over those eons to reach this point in your evolution and to move to a whole new level of consciousness is at hand, and it will bring you great joy.

Many of you are now becoming aware of the call to awaken – a call that has been serenading you for some considerable time – and are enthusiastically responding to it by starting to release attitudes and behaviors that can only be described at best as offensive, and at worst as quite unconscionable. Your world history is filled with instances that have caused untold conflict, wars, and suffering. That you are finally coming to understand the absolute futility of such ways of interacting is indeed a great step forward on your path to awakening, and brings joy to those in the spiritual realms who have been watching over you with deep love and compassion over the eons.

The flood of bitterness and distrust with which so many have treated family, friends, other races, other cultures, and other religious persuasions has caused much unnecessary pain and suffering, and is now receding. Realization of the utter ineffectuality of this kind of behavior to bring lasting peace and mutual respect to those in conflict or at war has finally dawned on most of humanity, and many are now doing great work by seeking to bring together factions at odds with each other to find peace – through recognition and acceptance of damage done – and by then moving forwards through blamelessness to reconciliation. Initially, it is very difficult for factions in conflict to cease blaming, but when they do manage it, marvelous results follow.

In recent times reconciliation has brought together groups of people who had spent many years judging and condemning each other and doing their utmost to cause pain and suffering, or even to eliminate each other. The change in attitudes among these groups has been remarkable as they began looking with new eyes at the differences that were driving them apart. As a result, they learned to respect some of these groups as valuable contributions to their new and enlarged community, and to resolve the remaining discords with the others amicably, leading to lasting peace between them.

It is true that this has only happened in a few areas so far, but so much has been learnt from these success stories that the methods used are being shared and studied to enable them to be adapted for use worldwide. There is an enormous need for reconciliation to be taught and demonstrated all over the world where anger, hatred, and bitterness are rife, and this is starting to happen. It is part of the changes occurring worldwide in preparation for humanity’s awakening, and it is growing and spreading, although it is hardly reported at all by the news media. Every person’s energy field affects everyone else on the planet, and the positive intent to share peace and love held by those who are attempting to awaken from the illusion has an extremely powerful effect worldwide, far greater than you can possibly imagine. So in your times of quiet relaxation remember this and intend for love to flow through you without restriction to wherever it is needed. Doing this is the most powerful and effective action that you can take to assist in the process of bringing humanity, your sisters and brothers, out of the illusion and home to Reality. Many of you are already doing this, and as your numbers increase your effectiveness escalates exponentially.

As humanity continues its spiritual growth, its awareness grows likewise of the pressing need to move from condemnation of those they have judged unacceptable, to a willingness to discover the values and benefits that arise from honoring the differences that seemingly divide them; and a great energy exchange springs up between them, which assists in significantly reducing the pervasive fear and distrust that are endemic all over the planet. This opens the way for cooperative discussions to take place, aimed at addressing the differences that have caused conflict and resolving them peacefully to the advantage of all concerned.

A truly wonderful change in attitudes is in progress all over the planet as you approach the moment of awakening. The Love from which you were created and which has remained hidden or repressed for so long is now being acknowledged, as the waves of Love from the heavenly realms interact with your own energy fields. It is being shared worldwide, intensifying your long-felt but seldom understood desire to return to Reality. You are now well on the way to a most glorious awakening into realms where your sparkling creative abilities will provide limitless opportunities for your enjoyment as they expand to satisfy all your creative desires.

and Thanks Sidney ~ I very much agree ~ I needed this Message today!

Blessings Into Unity Consciousness and Love ! 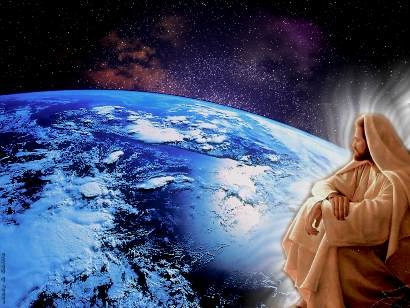 Comment by Sidney on September 29, 2011 at 11:04pm
Wonderful message Lydia!! This is what all revolutions are about around the globe!! Jesus knows!