Benjamin Fulford: G20 meeting was a total defeat for the cabal, Bush and Cohen crime families on the run.

Benjamin Fulford: G20 meeting was a total defeat for the cabal, Bush and Cohen crime families on the run 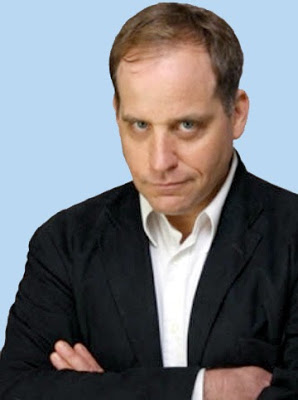 The G20 meeting that just ended in Australia was a total defeat for the cabal and its agenda, multiple sources say. The cabal tried to use the Ukraine as an excuse to start war against Russia as a way to rebuild Western economies and keep itself in power. However, instead, the French, British and Germans abandoned the cabal controlled Americans and joined with the vast majority of the planet to support a BRICS led initiative for a new Marshall plan for the planet, the sources say. The attempts to inflame the sentiment for war using the Ukraine and ISIS went nowhere with most world leaders.

The BRICS and APEC summits week ended up focusing on stopping tax evasion by multinational corporations and increasing resources for fighting poverty and ending environmental destruction.
Furthermore, the US military has been in a state of shock and demoralization after a top of the line Aegis class US warship was turned into a crippled sitting duck in the Black Sea earlier this year, according to French and other reports.

As a Russian general explained “the more complicated an electronic system is, the easier it is to interfere with it.” The obvious implication here is that much of the US military’s highly computerized military equipment can all be electronically scrambled, making it no more dangerous than refrigerators. It is as if that Arthur C. Clarke 1951 science fiction story “Superiority,” about an army that lost because of its reliance on untested high tech equipment, has come true. That story used to be mandatory reading for US military officers.

In any case, the Russians and others are saying that when the Russian navy stationed a fleet near the G20 meeting in Australia the Americans were too scared to send their own fleet to respond.
Not only that but detailed evidence was presented to world leaders showing the Malaysian Airlines flight 370/17 incidents were

nuclear blackmail carried out by the Bush and Cohen crime families of Florida, P2 Freemason lodge and pentagon sources say. The Pentagon has reacted to these revelations by carrying yet another restructuring of its nuclear forces in order to stop any more Bush/Cohen nuclear terror.
According to the P2 Lodge, the United States is now run by seven crime families. Of these families, it is the Bush and Cohen families that are now standing between the people of the world and freedom, the P2 lodge sources say.

The Bush/Cohen hardline faction in the cabal has now been reduced to a few slaves like Prime Minister Abe of Japan, Abbott of Australian and, to this writers’ deep regret, Harper of Canada.

Abe returned to Japan only to find a mutiny against him inside the ruling Liberal Democratic and Komeito parties, according to Japanese right wing sources. The anti-Abe faction has been leaking news of a planned general election in December while Abe himself has been fighting tooth and nail to prevent that from happening, they say. The ruling coalition is split between two large factions and the pro-Abe faction is losing support fast.

The latest economic numbers showing that Japan’s economy shrank at an annualized 1.6% in the July to September quarter. This means Japan is officially in recession and Abenomics has been a failure. In fact, Abenomics has been nothing more than wholescale looting of Japan’s pensions and other financial assets aimed at supporting the cabal in the US. If Abe is removed, then it is game over for the Bush/Cohen Nazionist faction.

That is why there is expected to be heavy duty infighting in Japan over the coming weeks.

It is also interesting to note that a senior Mossad official was sent to Tokyo last week to meet with a White Dragon Society representative. This official has been completely out of contact since the March 11th, 2011 tsunami and nuclear terror attack against Japan. It was immediately after this terror attack that Israeli Prime Minister Benyamin Netanyahu phoned Japanese Prime Minister Naoto Kan to demand that Japan hand over all of its holding in US Treasuries. If he did not, Netanyahu threatened to destroy all of Japan’s nuclear reactors. Kan duly handed the Treasury certificates over and I guess the cabal thought they had emerged victorious.

They were wrong. The Mossad agent was told that Netanyahu and the other individuals responsible for that attack would face criminal prosecution. He was also told that there was going to be no pogrom, but that the highly brainwashed section of the Jewish population would have to be re-educated based on actual historical fact.

The fact is that Hebrew and Yiddish are Germanic languages from central Europe, not Middle-Eastern languages. The only people in the ancient Middle East who spoke an Indo-European language were the Hyksos who worshiped a goat faced being with a forked tail. That is the image we now associate with Satan. The people of Judea whose story the Torah tells spoke Aramaic.

The Hyksos invaded and ruled Egypt for a while and when they were kicked out they took a bunch of Egyptian slaves with them. The implication here of course is that for millennia, Jews have been unwitting slaves of a Satan worshipping ancient Hyksos cult. The Mossad agent was told that once the Jews learned this, they would finally be freed from millennia of slavery.

The Mossad agent also asked why US President Barack Obama was so anti-Israel. He was told Obama was just a spokesperson for the US military. It was explained to him that the US military was angry about such things as 911 and the USS Liberty incident.

The Hyksos/Satanist factions are now being purged both in England and from the Vatican according to multiple sources. Pope Francis has removed thousands of pedophile priests from the Vatican, cleaned up the Vatican bank and otherwise ended their influence on that organization.

In England, stories that used to be on the far fringe of so-called “conspiracy theory” are now appearing in newspapers and even in the BBC. The stories talk about a pedophile ring filled with high ranking political, military and other figures killing and raping young boys.

When the same sorts of incidents are prosecuted inside the United States and the rest of the EU, then the horror perpetrated by these cultists will finally come to an end.

On a final note, this writer was offered first class tickets to go to the UK and testify in the Michael Shrimpton trial about nuclear terror threats to the 2012 London Olympics. However, I was warned in a phone call from London that the trial might be trap set by Tony Blair and other Bush minions in the UK.