David Icke "This is Not a Bloody Game!"

David Ickes' sensational New book is being shipped now
Remember Who You Are is destined to transform the way vast numbers of people see themselves and the world -- and it could not have been published at a more pivotal moment in known human history. We live in extraordinary times, and we face the most enormous challenge to our individual and collective freedom. David Icke has been a trailblazer for more than two decades, warning of the coming global fascist/communist state that is now unfolding on the television news and in our daily experience. He was subjected to mass ridicule and called a madman -- but events have proved him right, and continue to do so. David has exposed the global network of families behind Big Banking, Big Biotech, Big Food, Big Government, Big Media and Big Pharma in book after book as his awareness has expanded -- and he takes this on to still new levels of exposure in Remember Who You Are. But David goes far deeper down the rabbit hole than merely our daily experience of the 'five senses'. He reveals the true nature of our reality where there is no 'solidity' or 'physical' -- only vibrational, electrical, digital and holographic information fields that we decode into what appears to be a 'physical world'. David calls this the 'Cosmic Internet', and in this amazing work he explains how a malevolent force has 'hacked' into the cosmic information source via the 'Saturn--Moon Matrix' to feed us a false reality very similar in theme to the illusory world portrayed in the Matrix movie series. Remember Who You Are breaks massive new ground as David connects the dots between apparently unconnected people, subjects and world events like never before. Suddenly, a world of apparent complexity, mystery and bewilderment makes sense. The key is in the title. We are enslaved because we identity 'self' with our body and our name, when these are only vehicles and symbols for what we really are -- Infinite Awareness, Infinite Consciousness. We are imprisoned in the realms of the five senses and 'little me' when we are All That Is, All That Has Been and All That Ever Can Be. To breach the perceptual walls of the Saturn--Moon Matrix and bring an end to mass human enslavement, we need to awaken to our true identity. Everything, but everything, comes from this. Remember Who You Are. Remember 'where' you are and where you 'come' from. Remember.
http://www.davidicke.com/
http://www.infowars.com/
http://www.prisonplanet.tv/
http://twitter.com/#!/RealAlexJones
http://www.facebook.com/AlexanderEmerikJones 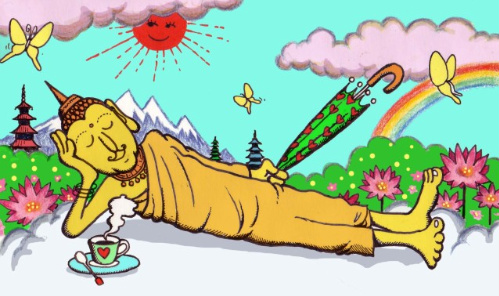 Yes My Dear Soul Trudy ~ We are In THIS Together to Gather Now ....lol...the Tea with David Sounds Good and Lets Keep On Dreaming ;0)

Yes We know the World is going into the wrong direction, but WE ARE HERE, WE ARE AWARE AND OUR VOICE IS LOUD AND CLEAR... : ALL Love for One & One Love for ALL ... FOR WE ARE ONE ... Saviors Of Earth be Strong be firm... Hold On to the One and only Heart Beat of Life, for it is in that Heart Beat that keeps us Living in the human flesh and that my dear was quite an experience ~^L^~
LOVE YOU ALL BEAUTIFUL PEOPLE... +++ HUGS +++HUGS +++HUGS
Lydia... How about a ... twelve one p.m. tea with David Icke, I am also invited. You like it, well sure as I'm ;);) Lets Dream together that it may come true.. Love You Lydia SweetHeart +++hugs