John Kettler Investigates–What You Need to Know & Why

What follows can, and likely will, blow away, freak out, even enrage some of you. Some may be thrilled to know that things they’ve read about, and maybe seen on cinema, are assuredly real.

You may expect many of your deeply held beliefs to be sorely challenged by what’s presented here, but you, and you alone, are responsible for taking what’s presented here within you, feeling into it, then determining, via your gut and heart, whether all, part or none of it rings true for you. In any event, you are responsible for handling any collapse of your own reality tunnels. 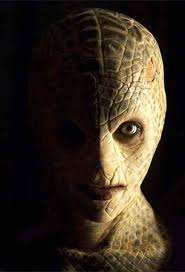 Liberation Forces Finally Report In! Prepare to Be Stunned!

For purposes of this post, I won’t be operating in JKI mode, for I’ve participated in certain aspects of what follows. I certainly haven’t grokked in full this head-exploding message received from Ground Contingents about the current situation of the Liberation Force, of which they form the Earth portion. A message which embodies a large number of telepathic sessions, over a period of months, with  several family members and colleagues operating in other dimensions.

You wanted to know what’s been happening with the Liberation Forces. Here you go! Hope you’re up to handling it. NOTE: From time to time I shall include expansion of certain points, as well as my own experiences and insights. All such will now be in Italics.

The story continues, addressing the vital issues of why it is so infernally difficult to get anything of consequence done here. Anything, that is, which threatens Dark control of the planet. After that, the narrative shifts to covering one harrowing aspect after another of how the lid is ever clamped down upon us, why we really are in a pressure cooker, who’s operating against us, how and why. We are exceedingly fortunate humankind hasn’t been wiped out, and the Liberation Forces explain several of the methods used to keep us going until the principal issues, all off-planet and higher dimensional, can be identified and resolved.

Per the Liberation Forces via the Ground Contingents, Earth is booby trapped, on an all but inconceivable scale, by fiends whose magnitudes beggar description. Think of there being an immensely powerful force, which, despite its awesome might, knows, in its darkest of Dark awareness, that there will come a time in which certain things, all bad, will begin to occur. They know that, because Earth is the interdimensional key to entire universes seen and unseen, they must hold onto it–or die trying.

This is why it’s been so incredibly difficult to make progress; it is precisely why one positive initiative after another has been so hard to bring forth; so fleeting in its existence. The levels of redundancy in those systems and devices protecting the Dark here on Earth would make a computer network administrator rejoice, except these are intended to intensify current conditions favoring the Dark, maintain the status quo, or, as a last resort, wipe out the entire planet to keep it from falling in enemy hands.

If you imagine an Earth, say, double its perceived size (includes astral fields and such), densely seeded in every layer, visible or not, with mines–mines capable of obliterating the planet–all of which are interconnected. That’s what the Liberation Forces face even after breaking Reptoid control here. Understand, though, that the Reptoids are but the minions, the creations of the Vampires.  Call this mining to the Nth degree the EOD (Explosive Ordnance Disposal) problem of the ages!  Now that you have the tiniest of handles on the EOD end of the problem, please get that problem is being worked not during a war, but in war after war after war. This is why I’ve had so little to say on ETs/EDs (Extraterrestrials/ Extradimensionals), for people in mortal combat; people who’ve been terribly wounded, or even killed and painstakingly restored to life and undergoing months of rehab don’t have time for interviews and such!

With the above firmly in mind, now we can discuss the 21,000 consciousness dampeners. The Dark forces, the renegade Vampires who won’t, as they say, get with the program, at all hazards must keep down consciousness, for with consciousness comes connection, and with that–power! Power the Dark Ones mortally dread, for it contains their utter destruction and the fall of their system of draconian control of Earth, her people and entire galaxies in our reality and many others. Earth is the linchpin of the Vampire control system over vast regions. Moreover, it is practically the last vestige of the original creation.

Consequently, it is the sine qua non of the Vampires to keep us forever divided: to pit rich vs poor; to keep races and cultures, even villages against each other; to tear apart families and sow dissension, strife and hate everywhere; to engineer wars and ruinous economic cycles; to do anything and everything to distract and disturb the peoples of the world. The goal of all this? To trap them in Third Plane Reality and keep them totally, or at least partially, unaware of who they really are and of their phenomenal power.

Enter the consciousness dampeners. Their job is to do exactly what their name suggests: to keep us from becoming self-aware.  To make sure this doesn’t happen. Ever. There are reportedly 21,000 of them positioned around Earth. The Liberation Forces are making some headway against them, but it’s anything but easy and the resistance fierce.

Some of you may recall Maharishi Mahesh Yogi and Transcendental Meditation™. His worldwide, high profile group used to sometimes do mass meditations, focused on things like reducing crime or bringing peace. And claimed measurable success.

That may seem crazy on the face of it, but when you get right down to it, how, really, does it differ from prayer; from blessings; from visualization or from curses? It doesn’t!  Each and every one of those things amounts to focused Intention.To the deliberate direction of the Will to achieve some specified goal.  As such, they are, by definition, ritual Magick, whether for good or ill. That Magick shapes reality and causes things to happen. Let me explain.

In the Bible, Jesus says: “Wherever two or more are gathered together in my name, there am I.” Why two? Glad you asked!  In The Ra Materials, by Seth, lies the answer to why the people of Earth must be forever divided and at odds with each other. In the above book, it describes how the way the people of the planet decide the planet’s future is by something termed the “Call.”

The Call is–wait for it–the focused Intention of the people of a given planet. Additionally the strength of the Call goes by the square of the number of a given persuasion calling. So an individual calling counts as one, and two count as 1.414, but after that, things take off. Three becomes nine and four, sixteen. Now, suppose 5000 people all come together and decide to focus on, say, reducing crime in the city. The Call for that is 5000 squared, or 25 million!  Armed with what you’ve just been taught, would it be reasonable to expect improvement in the local crime rate?

This is but a nano example of what the renegade Vampires face here. Start running the numbers for even a fraction of your city, state or what have you, and you begin to grok what humankind is truly capable of. What if a million people got together, even briefly in this age of instant connectivity, and simultaneously put forth a demand for peace; for freedom from oppression of body, mind and spirit?!

I know of cases in which a small group of Silva Mind Control™ graduates (am also one), sitting around and bitching about the choking inversion layer which had trapped a terrible smog in Los Angeles, California for days, was challenged by the instructor to do something about it. The grousing members did so, and the next day, and wholly against all meteorological expectations, a hole opened up, the inversion layer started to dissipate, and the people of Los Angeles could conduct their daily doings without respiratory distress able to kill seniors and children; without burning eyes. The program I mentioned is a course in applied psychic functioning; in becoming self-aware. That is how a handful of people was supposedly able to liberate a major city from a health-wrecking situation expected to last many days past when it abruptly began to lift.

Justly deemed to be perhaps the most reviled company on the planet. Simply put, Monsanto is dedicated, whether anyone but its leaders know it or not, to the systematic destruction of the flora and fauna of the planet, thus creating the perfect environment in which the Dark thrives. Monsanto is one of the key players in externalizing thechemtrails which really have their origins in other dimensions.  “As above, so below.” The chemtrails are a kind of terraforming done by the Insects to prepare Earth for their arrival, but the Liberation Forces found them another planet, so they no longer need to come here. There have been efforts to shut down the chemtrail generation on the Liberation forces end–a critical timer can’t be turned off–but though the good guys significantly curtailed the emissions, these still continue. I’ve been told they’re now wispy and thin, and I’ve directly observed a considerable thinning of what once used to blanket the skies. Reportedly, they’re now much less toxic and whiter.

The chemtrails are loaded with the soil killers aluminum and barium, and if the soil dies, we die. Won’t that be a tasty meal for the Vampires as untold millions die slow, agonizing deaths from starvation? That on the heels of wars over food; over water, extending all the way down to inside families.  And let’s not forget, it’s Monsanto leading the charge to patent and bioengineer the very food we eat; to negatively affect us, particularly children at critical stages of development; to deprive us of crops which reproduce from seeds. Instead they seek a “one and done” agricultural model in which they control the seeds–and the pricing– for next year’s crop. Unfortunately for Monsanto, its super duper genetically engineered plants haven’t fared well in the real world, being gobbled up by the far more adaptable insects. And there have also been spectacular crop failures. So great has been the outcry that whole crops have been burned to extirpate this monstrous evil of crops that cripple and kill; which bankrupt the farmers,  from the land.

All of the above is readily confirmable with a little research. And it was apparently Monsanto whose actions very nearly wiped out the bees whose pollination keeps the planetary ecosystem functioning. They survive because the ETs/EDs upgraded them. Monsanto’s getting so much flak it’s got whole teams who do nothing but zealously watch all the information channels, especially the Net, for negative comments. They seek to stop them outright or at least offset them with their shills.

Read the rest of the article…