Please take this message on board as you face everything that the corrupt can throw at you. I ask you to be strong during this time of disorientation as the energy of your planet changes and moves towards the light. The dark mind control that kept you in ignorance of who you are, and your place in the universe, will use every means at its disposal to keep you right there. They use those who are on a very low vibration to criticise, vilify and put down as false, those who are in tune with Spirit, such as David Thompson (medium) and David Icke, who work towards the awakening and enlightenment of Man. The louder they become in their condemnation, the more they should be pitied. They are lost souls.

The Dark Cabal will produce more ENEMIES that you "must fear and fight at all costs". Do not believe what you will be told, no matter who is telling you. Think what they did ten years ago, to create the excuse to fight totally unjust wars. Be aware of such deceptions - do not fall for them again. No more war. The killing must stop ! The decisions that you make will affect generations to come. Courage is required. Be true to yourselves. See things as they really are. Free your minds of everything you have ever been taught. Your history is TOTAL FICTION. ALL THAT YOU HAVE BEEN TAUGHT AS FACT, IS NOT SO.

Again, I say to you, nothing is as it seems. It was a shook to you to find that England has not been ruled by sovereigns since 1215, since the reign of King John. The USA is not a free and sovereign nation either. The bankers and bar attorneys in the USA are a franchise, in oath and allegiance to the Crown (which has nothing to do with royalty) at Chancery, Crown Temple Church in London. Look to 1776. Check out this SCAM for yourselves.

Veronica, I know that it is not easy for you to have to face the fact that everything that you had accepted as true, was indeed false. It must be pointed out. It is necessary to know how you have been controlled by lies. It should make it easier to refuse to continue to accept such untruths. It shocked you to actually see Concession of England to Pope Innocent and the Church, on the 15th May 1213 Charter. Ireland was included in this also. It was on the 24th August 1215 that Pope Innocent III also ANNULLED THE MAGNA CARTA.

This information is important, it is necessary to face the true facts. The more you deny the truth, the more power you give to the Dark Forces. Now you understand the importance of the speech made by Mr Enda Kenny, the Irish Prime Minister. He was the first politician ever to question the authority of the Vatican to abuse the children of Ireland. All countries have supported him on this. Kenny is rare among politicians: he is honest, honourable and fearless, a leader of men. There is a move afoot to make pedophilia acceptable, so that the lives of innocent children can be destroyed the world over. Do not allow these people to destroy the lives of your children.

The Sheeple Effect which is much talked about by David Icke, is controlled by a Fear Programme that has been very effective, up to now. They have kept you misinformed, uneducated and in poverty. Step out of this confusion. Look inside yourselves and take control of your lives. Make your decisions. It is time to let go of all that has controlled you. Feel free at last. Free to be the complete Beings of Light that you are.

I wish that I could show you what humanity is moving towards. It is totally different to the prison you now find yourselves in. The moon, which does not belong to nature, and affects the human race, will be removed. You will have two suns. The seasons will not remain as now. Life will be at a much slower pace. Time will no longer figure in the running of the Universe. You will be free to travel, to explore the planet and the Universe, just as was done in ancient times. The evidence is there for all to see.

The feminine energy is returning to the planet. It's creating havoc with the dark male energy. It is exposing all that is corrupt on every level. The puppets in government are looking uneasy as they seek guidance from their controllers, who are themselves perplexed as to what they should do next to hold on to control. Your world, it is a-changing ! The imminent collapse of the monetary system will produce amazing changes that will free all countries and peoples from the debt that had such a stranglehold on their lives.

It's up to each of you how you live through this Transition. Free yourselves from the constant mind control coming from your TV sets, radios and newspapers. Trust your own judgement to know what is true or false. Try not to get caught up in any mass hysteria, such as was created ten years ago today, when so many innocent people met an horrific death. Know that they are in a better place now, they are at peace. That was mind control in action, implanting great fear in the minds of people so that they would agree to almost anything to be protected from such a fate. The more cooperation you give to the light, the quicker your world will change, and you will leave the third dimension forever.

Try to create balance through spiritual connection. This will prevent the manipulation and control. Find peace, love and harmony within yourselves. Then the negative forces cannot touch you. You have a choice: you either evolve, or remain a slave in the third dimension. This is your decision, yours alone.

We have warned you to expect three days in which it seems like everything is switched off. Yes, it will be scary for some. Especially those who have refused to look at all this. It is during this time that many will be UNCREATED. They have done so much damage to the planet that they cannot be allowed to remain. Relax, sleep through it, if possible. Trust in the God of Love and Light. Keep calm. You will not need to eat. If you do, keep it light. Massive changes are happening in your bodies, especially women's bodies. The next 60 days are important. You are almost there. Then, all will be as you would have dreamed it could be. We, on this side of life, will be with you to celebrate our great achievement, restoring the light and love to planet Earth.

Our love means so much to both of us. Your adoring husband, Monty. 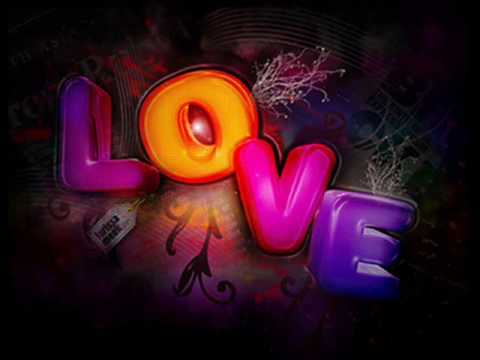