“A NEW DOLLAR IS UNDERWAY,” reports Bob Chapman of International Forecaster fame.
Banking professionals of middle sized banks apparently leaked
to Chapman that the FED told the Banks to “clear safe storage”
as they are “getting ready to print” a new currency.
Chapman told his readers that the presses are being oiled to roll out the NEW DOLLAR
(it looks like a cheap Euro) because the FED expects the US Dollar
will no longer be the reserve currency in another 18 months.
Key finance experts from around the globe are putting in their “two cents,”
(which is what the new dollar will ultimately be worth),
warning Americans to prepare for a Third World economy.
Beginning with the pros at the SilverDoctors, a question was posed that if the new dollar is true,
then Bix Weir’s Road to Roota story of a Gold standard is dead wrong…
that the Fed has put out the info Bix used as a decoy. 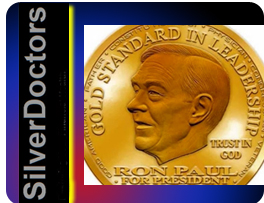 The Doc (Ted Butler?) answered:
“It depends on whether the new dollar is a devalued fiat dollar or is backed by gold.
The Fed would not divulge this beforehand because the sheeple would dump their dollars
for hard assets like gold and silver to avoid the devaluation–
which is the entire purpose of the new dollar.” View Entire Story Here.
Bix Weir, focusing on a coming new $100 bill, (not Chapman’s $1 dollar bill),
has a different opinion:
“All the Gold symbolism of a coming $100 bill indicates that there is a group of people
working to end the fiat money system and return the US back to the Gold/Silver Standard.”
Geopolitical analyst, Benjamin Fulford, also champions the “good guys” theory,
telling his readers that the White Hats of the Pentagon
and a 59-nation group called the Red Dragon Society would soon pull us out
of the global financial matrix of impending destruction. 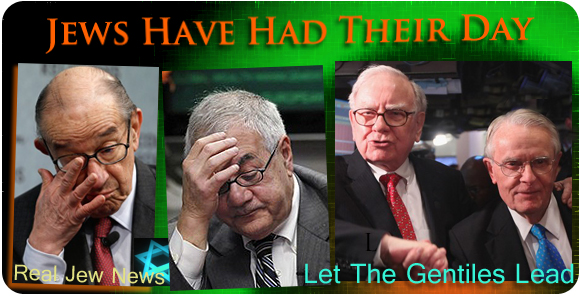 LOTS OF JEWS HERE
WHO MAKES UP THIS GROUP that Bix Weir cites as the ‘good guys?’
1- Alan Greenspan (still an Ayn Rand admirer according to Bix)
2- Paul Volker (former Fed chief)
3- Michael Mukasey (former Attorney General)
4- Senator Diane Feinstein
5- Congressman Barney Frank
6- Warren Buffet
7- Stephen Devaux (former FedBoston economist)
8- Harold J. Sullivan (author of Civil Rights & Liberties)
9- Presidential candidate Ron Paul. View Entire Story Here, Here, Here, Here & Here.
Lots of Jews here which makes yours truly a bit skeptical.
Greenspan sold out to the Rothschilds years ago, dumping his enthusiasm
for Ayn Rand (born Alice Rosenbaum, a Jew) and her “gold backed” brand of libertarianism.
Mukasey, a Talmudic Jew, is, of course, loyal to the tribe.
And in Feinstein’s and Frank’s case, both depend on Jewish money
and Jewish-owned main stream media backing for continuation of their political careers.
ONLY RON PAUL, with perhaps some help from his fellow Gentiles,
Buffet…Volker…Devaux…
Sullivan, has an outside chance of overturning the Jewish banking cabal,
of which, Bix Weir says is inevitable.
Rounding out the opinions of the experts, the chief dish of the dollar debate
comes from Jim Willie of The Golden Jackass. (Willie ALWAYS has the last word.) 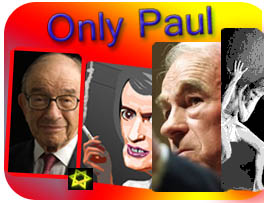 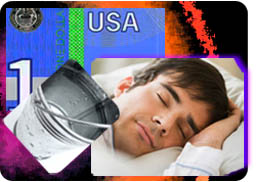 In his November 13, 2011 Golden Jackass Report,
Jim Willie proffered some penetrating insights regarding the coming new dollar:
“The beginning of the Third World Dollar is fast approaching.
Its birth will be the final cold water in the face of Americans, all too sleepy for years,
as they will awaken in horror. Food prices, gasoline and utilities will double.
Americans will see their pensions and life savings cut in half.” View Entire Story Here.
Last word indeed! And no ‘good guy’ theories here at all. (But where there’s Bix there’s hope)
Instead, a bucket of cold water will be thrown on the faces of an all too passive, unaware,
and ever-stupefied (yet arrogant) white American.
Namaste