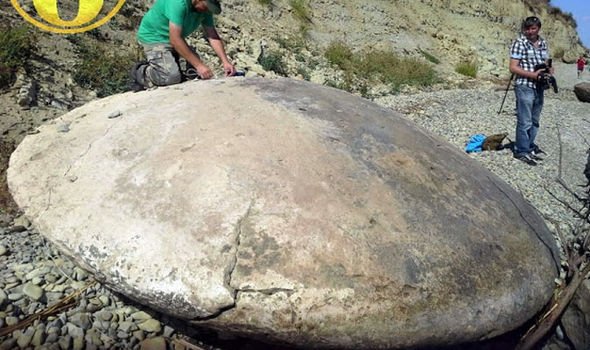 At first glance it looks like, well…an oversized boulder, the same colour as the rest of the surrounding rocks, that has been heavily eroded to give a smooth disc-like appearance.

But an established team of paranormal researchers in Russia called Kosmopoisk are convinced that the rock’s resemblance to the shape of a mythical flying saucer mean it must have originated in space.

Local reports in Russia said the area where it was found – Medveditskaya Ridge, in Zhirnovsky district, near near Volgograd, Russia, was reknowned for UFO sightings and paranormal activity. 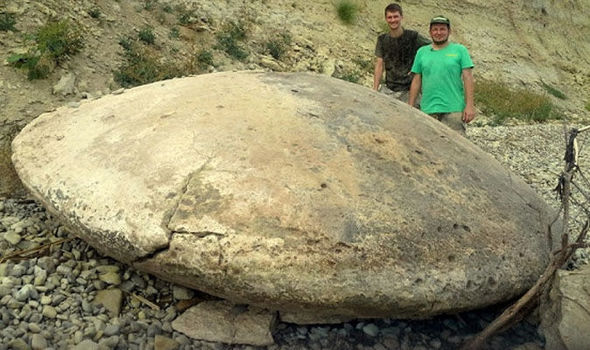 Vadim Chernobrov (right) and another member of the team with the stone “disc”. Image credit: bloknot-volgograd

“The four-metre across cracked “disc” was found last week according to Russian website bloknot-volgograd after Vadim Chernobrov, a famous paranormal investigator in Russia, and his team set out to the area, where they said they had previously discovered smaller ones of one to two metres in size,” Express UK reports.

Translated from Russian, the website said it was now in the Zhirnovsky Museum where some examination has taken place, but further tests are due.

It added: “The results were quite controversial.

“Its age is about one million years.

“Work on the ground will be resumed.

“UFOlogists expect to continue to look for traces of the UFO in the Volgograd region.”

It has been involved in bizarre experiments with time travel, searching for the Yeti, and looking at UFO hotspots.

The boulder was cracked but the team are convinced it came from another world. Image credit: bloknot-volgograd

Several readers of the story were less than convinced, with a number pointing out it was a former ocean bed and the stones were the result of years of erosion under the waves.

One said: “What is a UFO? This stone! You learn the history of the region! Here the sea was more than once.” 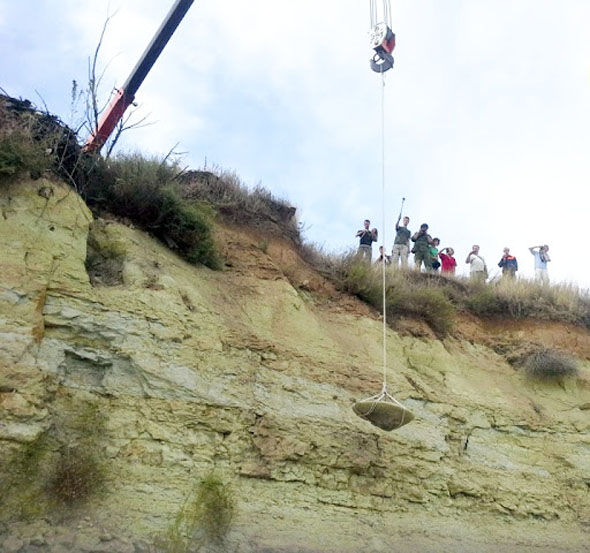 The huge boulder is hoisted up from the rocky floor where it was found. Image credit: bloknot-volgograd

Another uploaded a similar picture of the stones being found in a former ocean in China.

But Scott C Waring, editor of UFO Daily Sightings appears to agree with the groups initial findings that it came from outer space.

He said: “Do you see the whitish parts on this disk? Thats the metal tungsten that he describes. It has been found at some alleged UFO crash sites. 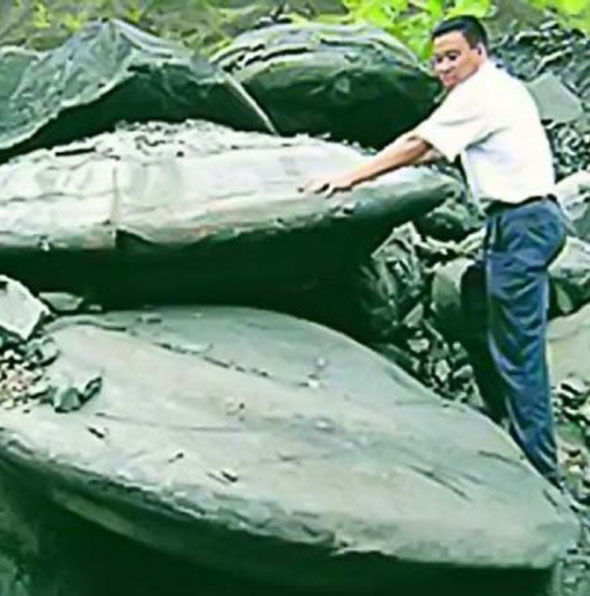 An angry reader posted this picture of similar stones found on a former sea bed in China.

“Also this disk was measured to be over 1 million years old. It looks to me like the stone disks I’ve seen in Mars NASA photos, which leads me to conclude that this UFO is a military drone, but it was probably damaged during the Mars attack and got off course, crashing on Earth.”