Cabalist (Masonic) central bankers follow a long-term
plan to degrade and enslave humanity. This is what Communism is really about. They finance both sides of every war to make human sacrifices to their God Satan, to make money and extend their tyranny. Illuminati insider Ronald Bernard said
that wars are designed to sacrifice humans. (Starting at 18 min) Are we complicit in satanic human sacrifice by pretending they died in a noble cause?

My Memorial Day piece -- War is a tragic hoax

Wars are the closest thing to hell on earth. What do you expect? They are devised by Satanists. Why do we accept them as natural and inevitable? Why do we perpetuate the myth that soldiers were "defending our freedom" when in fact wars are designed to sacrifice them to Satan and deprive us of freedom?

"Revolution" really means, "overturning" Western civilization. Replacing God with Lucifer. "Christianity is our only real enemy since all the political and economic phenomena of the bourgeois states are only its consequences," Rakovsky, says.

Peace is "counter-revolutionary" since it is war that paves the way for revolution. Revolution really means, overturning Western civilization. Thus, war is a self-destructive enterprise contrived by folks who want to degrade and enslave us.

When the United States and England loaned Mexico money in 1903 using its customs revenue as collateral, Illuminati banker Jacob Schiff cabled his English counterpart, Ernest Cassel: "If they don't pay, who will collect the customs?"

Marine General Smedley Butler (1881-1940) confirmed that he was "a high-class muscle man for Big Business, for Wall Street and the bankers."

In War is a Racket (1935) he wrote: "I helped make Mexico, especially Tampico, safe for American oil interests in 1914. I helped make Haiti and Cuba a decent place for the National City Bank boys to collect revenues in. I helped in the raping of half a dozen Central American republics for the benefits of Wall Street. The record of racketeering is long. I helped purify Nicaragua for the international banking house of Brown Brothers in 1909-1912. I brought light to the Dominican Republic for American sugar interests in 1916. In China, I helped to see to it that Standard Oil went its way unmolested."

Flash forward to 2011 when NATO fomented and led a mission in Libya one of only four countries that didn't have a Rothschild central bank. Now Libya does. They don't call it imperialism anymore. They call it "Our mission in Libya." Soldiers aren't mercenaries; they are "missionaries." Now they're after Syria, North Korea, and Iran, three of the four remaining countries without a Rothschild central bank

So how should we regard the war dead?

I regard their lives as cut short tragically in a bogus cause. They are human sacrifices, dupes and mercenaries. We have all been duped for a very long time. That gives Memorial Day a taint of pathos and cynicism.

While we were losing fathers and sons, Allied and Nazi central bankers were sitting shoulder to shoulder in Basel at the Bank of International Settlements (BIS) mainly financing the Nazis.

The BIS handed the Nazis the national treasure of Czechoslovakia, Holland, and Belgium to ensure the war could go on. This gold, worth $378 million at the time, was the basis of loans to the Nazis and was never returned.

"CHANGING THE WORLD" MEANS HAVING A WORLD WAR

Then he spelled it out, albeit in a euphemism. The war's purpose was to reposition Germany in the banker New World Order:

This quotation is from Charles Higham's mind-blowing book, Trading With the Enemy, 1983, p. 37. (See excerpts here)

Ford, General Motors, Standard Oil and ITT provided the Nazis with essential trucks, airplane engines, materiel, and technology, often giving the Nazis preference during shortages. In a telling example, the Allies bombed a ball bearing plant in Germany only to have the stock replaced by a factory in Pennsylvania (via Sweden.)

In 1916, almost 1.2 million British, French and German soldiers died or were maimed in the Battle of the Somme alone. They were the cream of their generation. The British national debt multiplied tenfold.

By participating in any war, we are accomplices in our own destruction. They are sacrificing us to their God Satan.

We cannot honor the war dead without recognizing that, like us, they have been duped. Otherwise, we perpetuate the sinister power which holds us prisoner.

They have erected a police state behind the facade of freedom. We don't know this because our leaders in government, education, and media are witting or unwitting participants. Treason to God and country is a prerequisite for success in many fields.

If honoring the war dead means perpetuating a cycle of endless war, we must stop. Better to honor the dead by abolishing wars. We can do this by nationalizing private central banks and making the bankers answer for their crimes.

A satanic cult such as Western society normalizes perversion, sickness and death. pic.twitter.com/MwhMhvGqIG 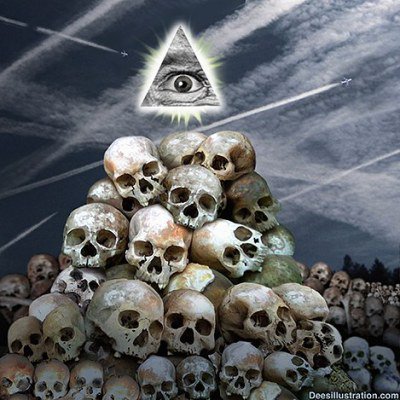 wars are designed to sacrifice humans