Since I’m back in paradise after a moist week in the Great White North, the first order of the day seems to be addressing the Keshe court case—and it’s an interesting scenario, as explained by Dr. Presser, below.

He did some leg work and provided this update after a number of us asked for his take on it since the story has been circulating the ‘net.

I found it particularly interesting that the news resided on Hope Girl’s blog. Hope Girl. Remember her? She came out of nowhere in, what… 2012?… with grandiose plans and a massive crowd-funded movement to bring us free energy.

We held the vision, we donated the money, there was infighting in her group with reports that she insisted on controlling everything and wouldn’t let volunteers assist in ways they saw fit, and… five years later… where’s the free energy? Where is anything? What has she done with our money?

I’ve seen nothing, the hooplah is over, and this is the second time I am aware she has shared negative press on her blog regarding Mehran Keshe and his technology, but of course I don’t follow her blog or Facebook page.

As most of us know, nothing is what it seems in this topsy-turvy world and as you will read below, the Keshe court case may be a good thing if it goes the way Keshe hopes. He is not short on courage and is therefore a huge threat to the controllers and they will do almost anything to stop him. Often that means attacking those close to him as you will read below.

Technology Update: Richard Presser gave us news this past week that the health products on back-order at the Italian factory are all being fulfilled now—that’s Pain Pens, Pain Pads, AND the Alkalizer/Energizer Pitchers.

I expect my pitcher within a couple of weeks and Richard will be providing his personal guidance on the use of the pitcher after he has used it. He had some very interesting and positive results after using the first model for several months.

AND, Richard has seen the full efficiency he demanded of the newKeshe Power Generators and now stocks them in his store again, so whatever hurdles stood in the way of getting that “free energy” to us, have been overcome.

Several Starship readers have been using Keshe technology or even similar technology folks made from Keshe blueprints for themselves, and they know it works and have told us so. Others, I’m sure, remain skeptical.

I will soon be sharing my personal observations and those of my family members after using our pitchers and drinking “smart water”.

I thank you again, Richard, for bringing us this technology and for providing first-hand accounts of your dealings with Mr. Keshe and his production people in Italy.

If you aren’t subscribed to Richard’s blog, I recommend you have a look. He often covers stories most don’t.

Last week’s teaching in video form from the Keshe Institute which Richard references is also below.

Best of luck wading through the swamp, fraught with unseen booby traps, misleading sign posts and dead ends. Through it all, may you see the Light, because for some it can certainly be the dark road to hell.  ~ BP

A number of people have emailed me over the last few days, having seen reports of a conviction against their Mehran Keshe and his wife Carolina for practising medicine without a licence. This is true. Keshe was sentenced to 30 months in jail and his wife 24 months.

However, all is not as it seems. If you have been following Keshe’s journey, you will know that there were attempts on his life in Belgium and subsequently in Italy, including attempted poisoning and attempts to run him off the road, and those responsible are those who brought this legal action against Keshe in Belgium. Further, a young man named Fabio, who worked for the Keshe Foundation in Italy, was killed in what appears to have been a targeted car accident in July of last year. This so-called accident was meant to be as a warning to Mr Keshe. Besides Fabio’s death, his fiancée, Naomi, was left with a severe brain injury. I will be releasing to you Naomi’s extraordinary healing story using the Keshe technology in the coming days, the healing that our current world of medicine deems impossible, and relied entirely upon the world-changing technology of Mr Keshe.

Strange as it may seem, Keshe has sought to gain this conviction in Belgium because it provides the basis for him to take this matter to the European Court level, and in so doing be able to take action against those who have sought to convict him in Belgium.

Again, if you have been monitoring his public teachings, you will know that there is a long history of patents being stolen and a number of scientists being killed to steal their technology in Belgium, and this is exactly what they have tried to do to Keshe. Indeed, these actions have been ongoing.

As Keshe explains in his public teaching for last Thursday, it is extremely difficult to get public and government officials into court in Europe, and this action by them against him has saved him having to spend several million dollars in the attempt. This trumped up conviction against him has been allowed in full cooperation and assistance by the very best of European lawyers and Mr Keshe is jubilant that this action has preceded as it has.

This all might sound terribly bizarre to you; however, the Belgian police, the lower courts and prosecutors, along with a network that leads to the head of the European Space Agency and the King of Belgium, are all entangled in this web of theft of high technology. Further, you are probably unaware that attempts to deceive Keshe and use the Keshe Foundation for nefarious purposes led to the exposure of an extensive paedophilia network last year, which led to the death of US Supreme Court Judge Scalia. These threads of paedophilia are also entangled with the current network.

If you are someone who follows my blog, you will know that I have provided extensive evidence that, in the background, our world is controlled through the satanic practices of paedophilia and child sacrifice, and these activities are global in nature and have been in place for decades, if not millennia in some form. Further, if you have any awareness of my spiritual work over the last decade or so, you will know that it is my view that we live in a time when those dark, satanic forces which control our world behind the scenes will be exposed and disempowered, and humanity will be set free. Indeed, it is because I have seen the Keshe technology as a key element in this change that I have been distributing products from the Keshe Foundation. Further, those who look deeply into these control systems and practices behind the scenes will know that Belgium seems to be, what you might call, the Heart of Darkness, at least in the Western world.

I share a little of this broader picture with you because, without it, you cannot begin to make sense of what Keshe finds himself in the middle of, though I personally don’t think he yet grasps the scope of what he is dealing with.

Simply put, this is a fairly long-winded way of saying to you that this conviction in Belgium is not at all what it seems, and is in fact a powerful step forward in dealing with those elements in Belgium, at the very least, that have sought to prevent the global engagement with this extraordinary new technology.

And so, please disregard the new rounds of fear mongering that you see on the Internet as a result of this “conviction” in Belgium, since it is not at all what it seems, as I have endeavoured to outline here, and do not think for one moment that this conviction represents evidence that Keshe is a fraud and his technology bogus. Nothing could be further from the truth.

If you have further questions about this, please don’t hesitate to reply to this email with your questions so I may take care of them to the best of my ability.

We live in interesting times…

Store for US & Canada

Store for Europe and countries not listed elsewhere 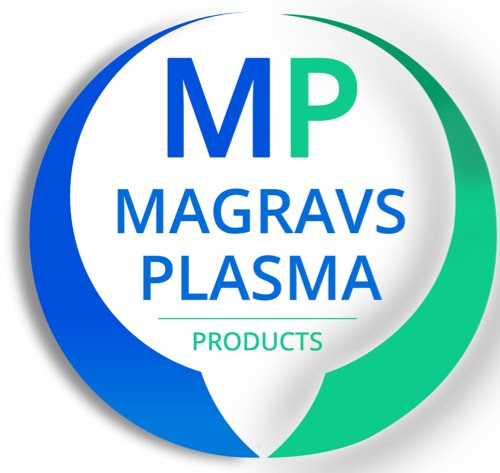