Many others, including primary schoolchildren, were feared buried under debris after a 6.9-magnitude earthquake struck at 7:49 a.m. local time (7:49 p.m. ET Tuesday), when
many people were probably still at home and schools were beginning the
day.

The USGS also recorded three strong aftershocks -- of magnitudes 5.8, 5.2 and 5.3 -- all within two hours of the first quake.

"We have to mainly rely on our hands to clear away the debris as we have no large excavating machines," police officer Shi Huajie told Xinhua. "We have no medical equipment, either."

iReport: Are you there? Send your photos, video, stories

A Chinese military official told Xinhua that the death toll was expected to rise, given the damage to homes. 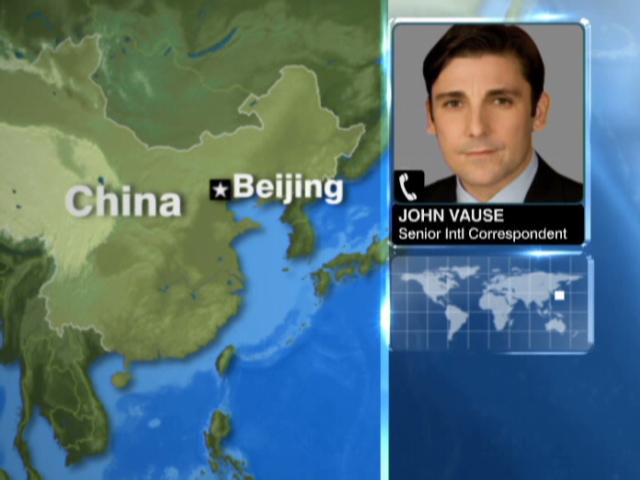 Video: Are earthquakes increasing in frequency?

He said dispatched soldiers were setting up tents and transporting oxygen for the injured but affected roads leading to the airport could hamper relief efforts.

The epicenter was located in remote and rugged terrain, about 150 miles (240 kilometers) northwest of Qamdo, Tibet. Qinghai borders the autonomous
regions of Tibet and Xingjiang and the provinces of Gansu and Sichuan.

Xinhua said the quake hit the prefecture of Yushu, a Tibetan region of Qinghai with about 80,000 people.

More than 85 percent of the houses in the county seat of Jiegu, had collapsed, a prefecture official told Xinhua.

"Many are buried in the collapsed houses, and there are still lots of others who are injured and being treated at local hospitals," he said.

Can buildings be made earthquake-proof?

Karsum Nyima, deputy director of news at local Yushu TV, told Xinhua that most of the houses in the area were made of wood with earthen walls. He said some had come
tumbling down, including a Buddhist pagoda in a park.

In 2008, 70,000 people died when a 7.9 earthquake rocked neighboring Sichuan province, northwest of its capital, Chengdu.