How Your Thoughts And Experiences Affect Your D.N.A

How Your Thoughts And Experiences Affect Your D.N.A

by Joe Martino Collective Evolution
The area of scientific study so often referred to as “pseudo-science” continues to get mainstream attention as time after time very interesting results capture the minds and hearts of those who think there is more to our world than meets the eye. While not completely understood yet, it appears the common label of “pseudo-science” is more of a defense mechanism of dogmatic scientists than it is a legitimate claim. After all, in the spirit of science, a theory holds true until we can prove it wrong via the scientific method.
The field of epigenetics refers to the science that studies how the development, functioning and evolution of biological systems are influenced by forces operating outside the DNA sequence, including intracellular, environmental and energetic influences.
Experiments Evaluating Thoughts On Water
There have been experiments in the past that closely monitored the potential of our thoughts as they affect reality. One of the most well known experiments was conducted by Dean Radin, Ph.D., who is the Chief Scientist at IONS and Adjunct Faculty in the Department of Psychology at Sonoma State University.[1] The experiment was done to measure how intention alone affects water crystal formation. Co-Investigators were Masaru Emoto, a Japanese energy scholar and author along with a few other researchers and scientists. 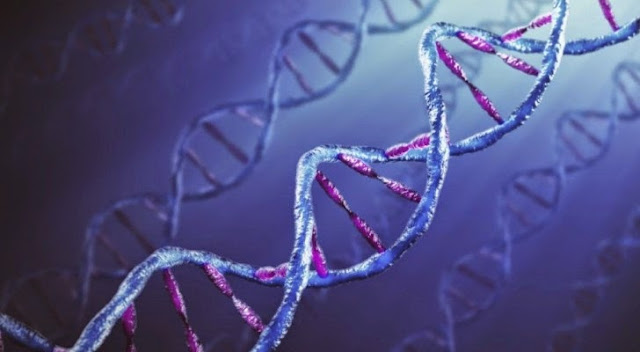 The experiment tested the hypothesis that water exposed to distant intentions affects the aesthetic rating of ice crystals formed from that water. Results showed that the test was consistent with a number of previous studies suggesting that intention may be able to influence the structure of water.  Newer Research 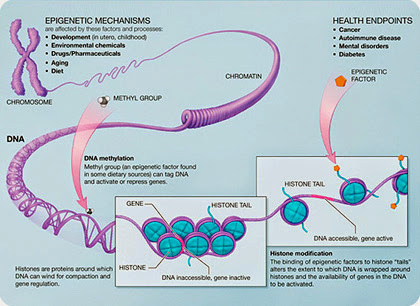 As the study of epigenetics expands, researchers are finding out a lot about our DNA and genetics that we previously didn’t know in the past. For one, we are realizing that we are not always a victim of our genes and that our experiences and thoughts/behavior can make an impact on our DNA.
HeartMath researchers have conducted experiments that illustrate that physical aspects of DNA strands can be influenced by human intention. The article, Modulation of DNA Conformation by Heart-Focused Intention – McCraty, Atkinson, Tomasino, 2003 – describes experiments that achieved such results. [2]
In the experiment, an individual held three DNA samples and was directed to begin generating heart coherence. Heart coherance is refered to as a beneficial state of mental, emotional and physical balance and harmony. As they created heart coherance with the aid of a HeartMath technique that utilizes heart breathing and intentional positive emotions, the individual was able to succesfully intentionally unwind two of the DNA samples to different extents and leave the third unchanged.

“The results provide experimental evidence to support the hypothesis that aspects of the DNA molecule can be altered through intentionality,” the article states. “The data indicate that when individuals are in a heart-focused, loving state and in a more coherent mode of physiological functioning, they have a greater ability to alter the conformation of DNA.
“Individuals capable of generating high ratios of heart coherence were able to alter DNA conformation according to their intention. … Control group participants showed low ratios of heart coherence and were unable to intentionally alter the conformation of DNA.”

In the case of HeartMath’s research, HeartMath founder Doc Childre believes it is the heart’s intelligence that creates a connection energetically with DNA in order to intentionally adjust its structure. In theory, this same principal could explain how the same phenomenon is happening to water, cells or other aspects of our reality.
A Controversial Subject
This subject has been talked about for a number of years and as time goes on and minds continue to open, the conversation becomes more real. It is true though that this area of study comes with a great deal of ridicule. Science can be slow or quick to evolve. It isn’t the fault of science by any means but I believe the fault of human ego.
We get stuck very easily in the prestige and arrogance that can come with a scientific background. By arrogance I mean, we can often think we are in positions of extreme intelligence when we take a scientific approach. This unfortunately can build an egoic resistance to look beyond theories we once believed in. What ends up happening? We don’t allow science and information to progress naturally as we get stuck dogmatically in what it once stated. It can very much operate in the same way religious beliefs do. Quite ironic when you note how scientific minds often feel about religion.
I feel in the end we have to stay open minded and curious about what we discover. Often times we are quick to judge and ridicule new information like this when instead we should probably be insanely excited. What this research demonstrated evidently and in theory is that we have the power to intentionally change things we once thought to be impossible. Should we continue to explore and understand this -what appears to be a natural ability -imagine the amazing things we could do with it.
Below is a video further discussing epigenetics.

Excesses are released, on all levels, as Hue-manity expands into fullness of purpose.