How to manipulate matter one molecule at a time. VIDEO 9:39

SIGIL MAGIC AND SUBLIMINAL MESSAGES
http://www.holographic-disclosure.com/
http://www.powermind-subliminal.com/
Please note
What is shown in the video is Sigil Magic.
Making Sigils for sigil magic is different from shortened word structures.

The Program incorporates a mixture of shortened word structures (Anycroms) and sigils.
Letters in the Alphabet are a type of alphabet sigil.
Shortened word structures works on the subconscious mind because the mind loves filling in the blanks to word suggestions and abbreviations.
Shortened word structures can keep the vowels whilst sigil the vowels are removed.
Whereas sigil magic the vowels are crossed out and all double lettering's are taken out.
The great advantage with sigil magic is that no particular belief system is needed to work with here. There are no entities to summon or deities to please. It works with your own thoughts. The ritual of manipulating matter, or manipulating energy with sigil magic symbolism and incantation, (or verbal mantras), has certain rules to follow.

1.To make the most powerful Sigil write or draw the desired wish in a sigil magic symbolic form. This is done by writing the wish or power phrase, then removing all the double lettering and all the vowels. The sentence must be expressed in a positive intent and in CAPITAL LETTERS ONLY. The more elaborate the symbolism which must be contained in overall simple shapes, and the more energy expended, the more powerful the sigil magic form becomes.

2. Now to make the sigil even more powerful is to use them upright, then mirror the letters on the same side. This is not easy but with practice it will become easy. Make sure the reverse lettering is always done in red, there is a reason for this, but I won’t get into this right now, it’s a little long to explain. Make as many wishes and desires going down both sides of the page. In the middle of the page for conscious viewing write all the goals you wish to achieve within a year. Use 1 page ,2 pages or 3 ,it’s not an issue, include a few cut out pictures as well.

3.The next thing required is to frame the desired sigil magic wish in a box, not necessarily a square cornered box. A box would be any controlled border that implies control and balance. Again, the more elaborate the frame, the more powerful the magic form becomes. The frame on the American money is littered with Sacred Geometric design. For example, the front of the $1 bill took over 2 years to design.

4.The next step is to expend energy and to focus on the wish framed within the sigil form. In other words, create a mantra, an incantation, a meditation or a prayer, which are all forms of hypnotic trance inducement. The greater the number of participants willing to participate, or unwittingly manipulated to participate in this magic ritual, then the greater the power and effectiveness of the sigil magic ritual. Incantations projects the INTENT THOUGHT WITHIN A SYMBOL, A SIGIL , NUMBERS ,ALPHABET and any object they desire to charge .

5.Now that the sigils are charged and running down the page you will view these on a daily basis.I have been using this method for years with 100% success rate. I program the 12 months desires and goals , sometimes a few things don’t happen and falls in the following year. But it works, trust me. I have won 2nd prize Powerball of $58,000 AND NUMEROUS SMALLER PRIZES OF 2-4 THOUSAND DOLLARS. In 2008 $100,000 dollars came my way from a family member gift who was selling out and moving overseas unexpected.

These days I program spiritual goals and traveling desires and work on positive desires and achievements. I will let you in on another secret, the intelligence agencies in specialized fields use sigils to learn quickly, except they use it without the magic incantations.They use it in a straight line with all the vowels taken out. why? Because it works , Sigils are all around us in advertising and logos..why? Because it works, if it didn’t work they would stop using them.Now let’s super charge the process even further by incorporating sigils in subliminals.This form is most powerful if it plays to the subconscious mind, rather than to the conscious mind. This is achieved through subliminal messaging. The subconscious processes far greater and deeper, all the information it gathers. The more elaborate the symbolism which must be contained in overall simple shapes, and the more energy expended, the more powerful the sigil magic form becomes.Now to create these sigils in a subliminal form is easy but you need a subliminal software program, The best one on the market is Powermind subliminal it’s the first one in the world to use sigils and powerful archetype sigils in the program.

Confirmed by science: You really can change your DNA - and here's how

Confirmed by science: You really can change your DNA - and here's how

If you believe that you are at the mercy of your genetic code, great news, you're not. According to the science of epigenetics (the study of how environmental factors outside of DNA influence changes in gene expression), stem cells and even DNA can be altered through magnetic fields, heart coherence, positive mental states and intention. Top scientists around the world agree: genetic determinism is a flawed theory.

The DNA we are born with is not the sole determinant for our health and well-being. Stem cell biologist Bruce Lipton, Ph.D., discusses the important difference between genetic determinism and epigenetics in an interview with SuperConsciousness magazine: 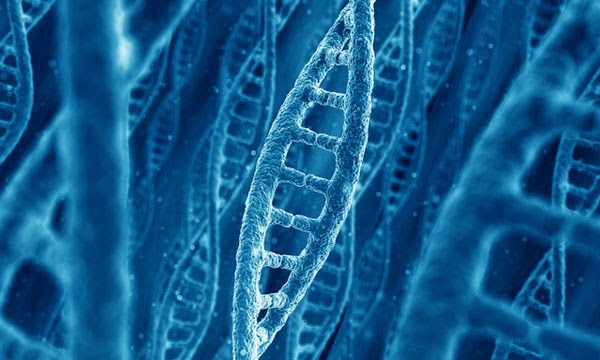 "The difference between these two is significant because this fundamental belief called genetic determinism literally means that our lives, which are defined as our physical, physiological and emotional behavioral traits, are controlled by the genetic code. This kind of belief system provides a visual picture of people being victims: If the genes control our life function, then our lives are being controlled by things outside of our ability to change them. This leads to victimization that the illnesses and diseases that run in families are propagated through the passing of genes associated with those attributes. Laboratory evidence shows this is not true."
Lipton's theory is confirmed by Carlo Ventura, M.D., Ph.D., professor and researcher at the University of Bologna in Italy. Dr. Ventura has shown through lab testing that the DNA of stem cells can be altered using magnetic field frequencies.

"It's like a time machine. You're reprogramming somehow backward with these cells to an uncertain state in which any kind of decision is somehow possible; even the decision to become virtually any kind of cell of the organism. And just think about the tremendous potential of this discovery."

He adds that two Nobel Prize-winning scientists discovered even "nonstem adult cells can be epigenetically reprogrammed backward to a state where they can eventually give rise to neural cells, cardiac cells, skeletal muscle cells or insulin-producing cells."

According to the Institute of HeartMath in Boulder Creek, California, epigenetics encompasses far more than just DNA, our environment and life experience. After two decades of study, the researchers discovered factors like love and appreciation or anxiety and anger also influence a person's blueprint. In one experiment, select participants were able to change DNA with positive mental states.

"An individual holding three DNA samples was directed to generate heart coherence - a beneficial state of mental, emotional and physical balance and harmony - with the aid of a HeartMath technique that utilizes heart breathing and intentional positive emotions. The individual succeeded, as instructed, to intentionally and simultaneously unwind two of the DNA samples to different extents and leave the third unchanged."

Control group volunteers who had low heart coherence were unable to alter the DNA.

If we want to nourish our bodies at a cellular level (and not promote disease), the institute recommends an abundant diet of quantum nutrients. When we are stressed or negative, our biological energy reserves are diverted from the important task of regenerating and repairing the body. We can counteract this cellular starvation by focusing on genuine states of care, appreciation and love. These positive emotions enhance our energy system and feed the body, even down to the level of DNA. HeartMath calls such positive feelings "quantum nutrients."

The institute offers several free tools that assist in creating a coherent state quickly and easily. Two examples can be found here and here.

About the author:
Carolanne believes if we want to see change in the world, we need to be the change. As a nutritionist, natural foods chef and wellness coach, she has encouraged others to embrace a healthy lifestyle of green living for over 13 years. Through her website www.Thrive-Living.net she looks forward to connecting with other like-minded people who share a similar vision.