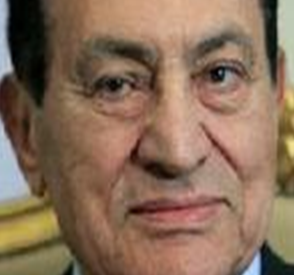 Media have pegged his Worth Between 40-70 Billion Dollars !!

To Where They Granted Them Asylum? DUBAI...

How Nice When Most in Beautiful Egypt Earn below The Poverty Line?

Behind the attempts to restore life in Egypt to normal for the first time since protesters
took to the streets 13 days ago, three contests with the potential for triggering the resurgence
of violent clashes were simmering Sunday, Feb. 6, in the high army command,
the fractured opposition camp and President Hosni Mubarak's governing circle.
Military sources disclose exclusively that the army,
which has been standing on the sidelines of the anti- and pro-Mubarak standoff till now,
has decided to stand against the president's premature removal before his term runs out in 200 days' time.
It has come down to a matter of national pride.
"We can on no account permit an Egyptian general, hero of the October (1973) War against Israel,
to be humiliated, whatever the political price may be," the generals now say.

(A former fighter pilot, Mubarak rose to become Egyptian Air Force Chief of Staff
who modernized the air force after its 1967 defeat  by Israel and was later acclaimed
a hero of the October (Yom Kippur) war of 1973.
Two years later, he became Anwar Sadat's Vice President and succeeded him after the 1981 assassination).
President Gen. Omar Suleiman was influenced by the army's position when he
faced opposition leaders Sunday, Feb. 6, at the start of their dialogue on constitutional reform.
The Muslim Brotherhood, which initially refused to take part, finally decided to attend,
but then announced that the reforms on the table were not enough.
It is not clear if they are participants in the constitution reform panel the meeting established.
Suleiman rejected the calls for him to arbitrarily assume President Mubarak's powers
and explained to the opposition leaders that their primary demand for the president
to resign could not be met.
Under the present constitution, Mubarak's signature must be affixed
to every constitutional amendment; no other authority has that competence.

If Mubarak is forced to resign before September, the next presidential election at the end of 2011
will be conducted according to the current laws, which the opposition rejects,
and the reforms will not be introduced until his successor is elected in 2016, Suleiman explained.
Therefore, if the factions insisted on political reforms they would have to cooperate
in keeping Mubarak in office and persuade him to sign the new laws.
debkafile's Cairo sources report that most of the opposition leaders were not convinced.
He therefore offered a compromise:
Mubarak would step down in June "on grounds of ill health" and,
against a pledge of safety for himself and his family, he would sign into law
the constitutional amendments agreed by the army and opposition factions.
This proposal split the opposition camp.
It was rejected out of hand by the protesters conducting a continuous sit-in at Tahrir Square,
including Mohamad ElBaradei and the pro-democracy champion Ayman Nour
(who was jailed by Mubarak for fraud) as well as parts of the young April 6 movement,
some of the Democratic Change faction and sections of the Muslim Brotherhood.
They all stand by their unconditional demand for Mubarak to step down at once.
It is not clear if Suleiman and opposition leaders
have set a date for another meeting to continue their dialogue.
Furthermore, many members of the president's inner circle object to
Gen. Suleiman's approach to the crisis.
They suspect him of aiming for middle ground, so far unsuccessfully,
between the Mubarak camp and the opposition and army.
Our Cairo sources further report that the effort to restore normal activity
in the country was only partly successful.
There were long lines outside the banks which had been closed for most of last week.
And when account-holders finally reached a teller they were dismayed to find a
$10,000 cap on withdrawals. Many of the ATM cash machines shut down after a short time.
The markets reported deliveries of no more than 40 percent of their regular produce.
The police presence was patchy, consisting mainly of traffic cops and officers
on the beat at markets and stores.
The Interior Ministry's security squads, the government's main law and order enforcers,
were nowhere to be seen on the streets of Cairo.
They feared a settling of scores for their brutal crackdown in the early stages of the protest.
Namaste