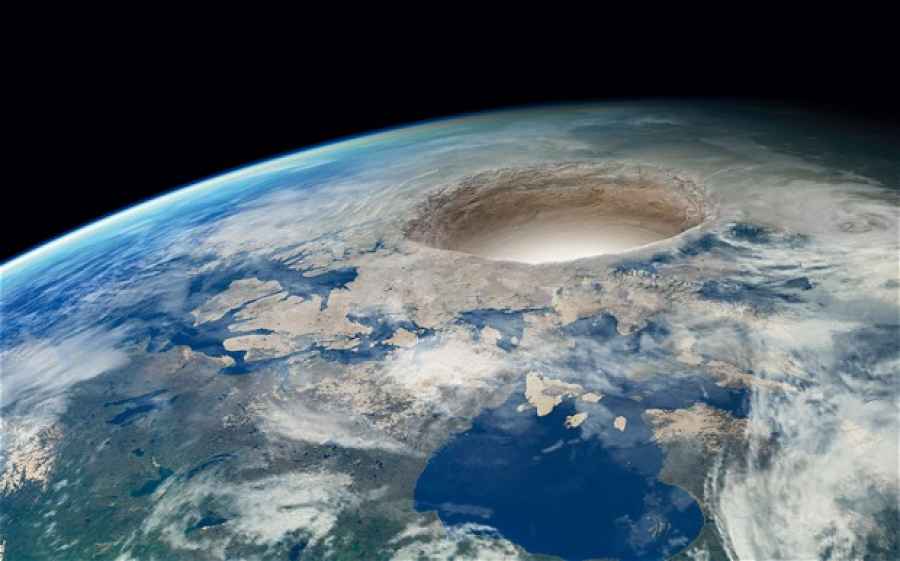 The existence of a secret space program has been meticulously and carefully hidden from the American public, and the world at large, for well over 75 years.

As you know if you have read this site or watched our weekly Cosmic Disclosure series on Gaiam TV, I grew up in a world that is so far beyond the limits of most people’s imagination that they would immediately write my experiences off as fiction.

Most UFO enthusiasts believe the US government acquired working ET spacecraft from the Roswell crash of 1947 – almost 70 years ago. Many also believe these craft were successfully “reverse engineered,” giving them the ability to effortlessly travel throughout our solar system – and beyond.

Even with the crude rocket technology of the 1960s, we were able to send people to the moon, land craft there and drive rovers around on the surface.

However, people still hit a severe mental roadblock in imagining that our own reverse-engineered craft were flown to the Moon, Mars and elsewhere, and were used to build bases there out of local materials.

Is it possible that a secret space program could have existed without us knowing about it? Absolutely.

The Manhattan Project developed the nuclear bomb. It was in operation for seven years, employed well over 120,000 people, conscripted multiple secret facilities all over the US, and hardly any of its own employees knew what they were working on until the bombs detonated.

Remember: not one person in the Manhattan Project squealed. Not one. Not ever. The penalty for speaking out was terrifying enough to ensure complete compliance. Therefore it is absolutely possible that an even more advanced program could have been generated, on a much larger scale, and still exist to this day -- without any public awareness.

Let me assure you: the Secret Space Program [SSP] is an absolute fact. The bases are out there. They are vast in size, scope and technology. Our planet is now crumbling in a Greater Depression because a majority of our wealth has been siphoned off to build this vast, interplanetary infrastructure.

I have seen the vast, glittering facilities our money has built with my own eyes -- through the windows and transparent panels of advanced spacecraft. I have landed in those craft and walked in those bases. I have met the people who live and work there. I have seen their faces and spoken to them just like I am speaking to you now.

There are millions of other people, originally born here on Earth, who have shared my experiences. Regrettably, hardly any of them have spoken out thus far – since the threat of doing so can very easily be lethal, and it is nearly impossible to return to Earth once you enter into this world.

Many have been a part of this world only to be “blank slated”, have screen memories implanted then returned to live out rather mundane lives. Some of the people who have been robbed of these amazing memories and experiences are some of the strongest skeptics of these topics.

We quickly discovered that our own solar system is literally teeming with intelligent civilizations -- from many different points of origin. Some of them are extremely benevolent, some are extremely negative and others are just visiting, without really picking a side.

The reason so many different types of UFOs have been seen is that there are many, many different civilizations operating in our airspace – with a tremendous diversity of technologies available to them.

The SSP has been owned and controlled by a very dark aspect of our planet for some time – an intergenerational cult dating back to at least the Roman Empire. Many have called these “Secret Earth Government Syndicates” the Illuminati or Cabal.

Their main business is building hyper-advanced technology – and they have gotten quite good at it. As impossible as this may seem, I was told they are now engaging in regular trade with over 900 different intelligent civilizations.

If anyone shows up who has something newer and better than the old stuff, they will quickly find a way to acquire it and mass-produce it – no matter how unethical or brutal the methods required.

Since these secret earth government syndicates have very negative spiritual beliefs, they ended up allying with the most evil and powerful ET group of all – a confederacy of reptilian humanoid races collectively known as the Draco.

It is a sad but accurate fact that the vast majority of those who have joined the SSP are made to take part in brutal and terrifying situations intended to ensure they can never escape, and will never speak out even if they did. I was personally forced into many situations that were deeply traumatic and have forever altered my perspective on reality.

Several years ago, an alliance formed within this group to restore peace and freedom to our planet, and release the marvelous technologies that are being held back – but they faced towering obstacles.

For many years, Hollywood movies, financed by these same corporate interests, inundated us with film after film of an “alien invasion.” Any and all such visitors were portrayed as brutal, terrifying villains who must be destroyed at all costs.

These films were intended to seed our collective consciousness with fear and terror – a xenophobic hatred of all intelligent civilizations other than our own.

The plan was to eventually strike us in a mass “Alien 9/11,” with huge armadas of reverse-engineered craft. In this event they could wipe out any opposing areas or countries they wanted – just level them flat. The phoenix they hoped to rise from these ashes would be a global “New World Order” to fight this so-called “alien” menace.

Of course, they would own and control the whole thing themselves. That was the plan. However, they failed to realize that benevolent ET civilizations held them on a very tight leash, and they would never be permitted to carry through with these plans.

A giant, Neptune-sized sphere visited the outer planets of our solar system in the 1980s. It was confronted by our people and asked to leave, which it did willingly. Many more spheres began appearing in the late 1990s into the early 2000s.

Then, in approximately the year 2012, another 100-plus spheres arrived. These spheres were of colossal size – with three approximate size categories corresponding to the Moon, Neptune and Jupiter in circumference.

The beings associated with these spheres were very highly advanced. They do not require technology to travel throughout the universe or accomplish any of their goals. Even to the most advanced ETs in contact with our SSP, these new folks are on an entirely different level – and far more advanced.

The SSP believed that the benevolent ETs were bound by a “Prime Directive” that forced them not to interfere. For many years, that was true. As it turns out, the Prime Directive was always intended for our own protection – so these negative groups would never actually be able to completely conquer and overthrow our planet.