written by / the Enlightened Master. Ibrahim Hassan on 17th of Dec.2013 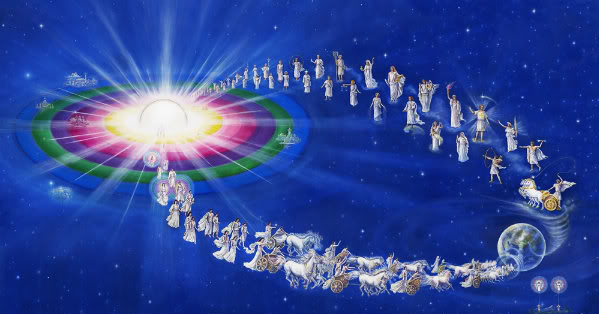 In the past few days { 12th,13th of Dec.2013 } there have been some developments and changes that support the process of transformation , ascension and liberation for Mother Gaia “ Our earth” and her sons, I will list these developments in the quick points, some of which will be clear , while others require a depth of awareness to be recognized..
The New Crystalline Gridlines of mother Gaia have been launched in 12th of Dec. 2013 , and that the old gridlines will be cancelled on 21st of Dec. 2013 ..
On 21st of Dec.2013 and after the completion of the activation of [ Portal 21stof Dec.2013 ] ; the Merkaba of Gaia” Mother earth” will be activated , and the portals all over the earth will be activated, and these will be energetic [ Alignment with the central of earth] “ the crystal city in Agartha”..There will be closing and switching off to most of the Black Holes “that manufactured by the Archons” as a veil around earth, which will lead to the destruction of 70% of the Veil around earth, and the remaining of 30% will be removed slowly with the changes that will occur in the ground, and the reason for this is to protect the minds of non-awakening people from the shock of sudden awakening, especially as they don’t have enough awareness to endure what will happen spiritually..
In 13th of Dec.2013 [the day of 13th], a pulse of blue flare {manifestation energy} was launched from the Central Sun to Alcyone Sun, and this pulse has been gathered there waiting for the event to launch it to our sun.. The event is two events as we always say, an event on the spiritual level in the higher realm, and an event in the physical level on the ground “which is The event” originally both should be simultaneous...
The spiritual event will happen in 21st of Dec.2013 and will be completed perfectly by the end of this year 2013, and the physical event on the ground that we called “The Event” signifies with the Free will of the workers on it and the people of the earth, this Free will when determined with the decision to launch the event, will launch the blue flare {the manifestation energy} from the Alcyone Sun to our Sun and then to earth..
Each delay from the Free will of the resistance movement and the humans on this earth after the end of this year 2013, will lead to a loss of points, and it will spacing the synchronization between the two events, and the Exit Door does not wait too long.. 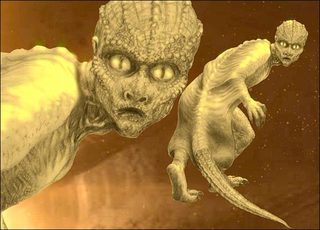 All categories of Reptilians, Dark entities and the Archons outside earth , there will be stopping and suspending to all their movements and their effects completely on 21st of Dec.2013 and blocking their activities with their allies who are inside earth, and this is based on the new decisions and changes in the new infrastructure of the universes that related to the Oneness School which began its root decisions in these universes since 2010… all those who have sufficient consciousness “ the fifth inner body { the wisdom body above the astral and mental body }” know that ..[Of course the terminology here, as symbols]...
All Obstacles from outside the earth will be shut off completely, and the Dark Forces will be disassembled totally inside earth, therefore the will of the people for all categories of Light forces inside earth should determine the final confrontation within the law of Free Will, especially after removing all the obstacles from outside the earth, and they will begin losing points in each case of delay…
Regarding The loss of points, we can’t talk about it easily, it needs from the readers to be very aware and have high level of consciousness, but we can mention here that it is regard to the final scenario and its results.. 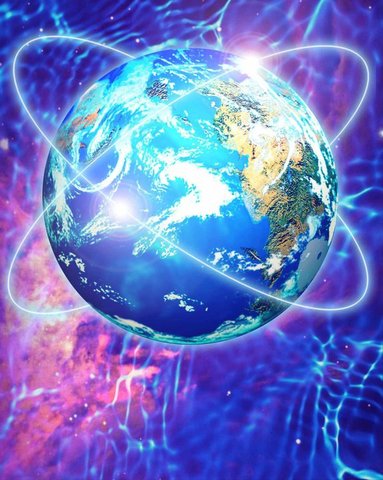 The major shift periods which have been identified for planet earth by the higher councils were through (49 years) and had begun in 1975 and moved in three phases:
* The period between 1975 – 2000 is “the period of awakening” * The period between 2000-2013 is “the period of changing” * The period between 2013 – 2024 is “the period of transformation” All what you are waiting for and what you’ve been promised , should of be happened in the period of changing , there have been lots of delay, so lots of matters that should been done in the period of changing will be moved to the period of transformation..
Lots of abilities will be downloaded into the astral level for humans after the date of 21st of Dec.2013 and then into the ethereal level and finally into the physical level as a preparation for the physical ascension, all of this will be in stages over the coming 6 months, which will end with the physical ascension to all members of Natural Ascension “above the 5th dimension” {this is a transition process for them within this period}..
After 21st of June 2014 , the process of ascension to the 5th dimension will start through the chambers of light until 21st of June 2015, and after this date , each of the remaining, will be qualified to the allocated time line of the 4th and 3rd dimensions, each according to his consciousness..
So , from 21st of Dec. 2013 until 21st of June 2014 { it is the period of abilities and building the Merkaba for those above the 5th Dimension from the human being } where Earth will be moving on the runway of the Airport in preparation for the physical ascension process after the completion of its own Merkaba, and its departure will be after 21st of June 2014..
During the period of 6 months, the earth will enter a small Ice Age , which not intended to ice only but get rid of the remain Karma on her back , and this will be through the changes that will be cause on the nature of its climate and trigger earthquakes , volcanoes, tsunamis and hurricanes..etc slowly and regenerate the chemical & energetic structure of its elements and components..
I would like to attach a simple comment here on the voting process that occurs at “Cobra’s site “, whether the people of the land want the event to happen ASAP, or to be delayed:
“If you have a bird locked in a cage, did you ask him if he wants you to open the cage for him to fly ; Or you will open the cage for him (The Event), and he will determine whether he will fly or not...”
All my love to all
The Enlightened Master Ibrahim Hassan
Posted by Ibrahim Hassan at 4:22 AM No comments: