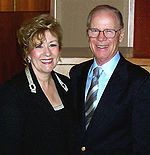 Abraham has described Themselves as "a Group Consciousness from the non-physical dimension" (which helps a lot!). They have also said, "We Are That which You Are. You Are the Leading Edge of That which We Are.

Abraham Hicks ~ Once Your Get This, Everything Will CHANGE - Amazing!

Published on Sep 28, 2016Abraham is an multidimensional collective speaking through the channel Esther Hicks. Abraham teaches about the law of attraction and how to change your beliefs.…Continue

Abraham Hicks ~ What is the recipe for true love?

Abraham Hicks - Ignore What Is & Focus on What You Want Pt.1 and Pt.2

You need to be a member of Abraham ~ Esther and Jerry Hicks ~ Law Of Attraction to add comments!

So After each Life we just wake Up from our Last life Like A dream ?
I can Imagine that ! :-)

I don't know if i ever posted this one but each night we go to bed and go to sleep and we have dreams of doing all kinds of things and its just like what we call here. Some dreams last a few moments,some days or years. Then you wake up and where are you well still in bed you never went anywhere yet it felt like it and so it is with this life here when we croak we find we never went anywhere it was all a fantasy we created like an mushroom trip. Wild huh?

Thank You Joshua ~ These are Great !!!

Thanks Joshua ~ This is good info ~ did you write this out from a video or tape ? ~ Appreciate it !

"...while your physical time, or clock time, has no overall basic reality, and is not a PRIMARY

reality, that runs through various fields or systems, it is nevertheless an electromagnetic reality within

your own system, for you have created it on mental terms."

"It is therefore some force to be reckoned with. If it were a primary reality, you would not escape from

it even in the sleeping state. Those realities which are primary and basic you can never escape from.

This should give you an idea, for those realities which run through all systems, and which are

PRIMARIES, are those which exist for you in all conditions of consciousness and under any

"Those realities however which appear only in certain stages of consciousness, are secondaries. This

is perhaps one of the most important bits of information I have given you; for if you are bright enough,

and I think that you are, then you have a yardstick by which to measure the nature of primary reality,

from which all other manifestations are spun."

"I have been leading up to this point in my own way, for the dream experiments that we plan will enable

you to accumulate in time a list of primaries. I want you however to come across this knowledge on

your own, through these experiments, for you will learn more that way."

"If ever in a dream experience you defy gravity, then gravity is not a primary reality, but only a

manifestation within your own physical system. If clock time is escaped within the dream state, then

clock time is not a primary. What you cannot escape within ANY range of consciousness, can be called

a Primary Condition, and you may capitalize the term."

"Incidentally if it is not now known by your scientists, it will be shortly discovered that the physical

organism does not age in sleep at the same rate at which it ages in waking state. Aging, therefore, is

not a primary. Again, this does not mean that secondary conditions such as aging and gravity and clock

time, do not have effects within your system, obviously. It is only that these must be recognized as

secondary conditions that DO NOT therefore basically (underlined) affect the inner self, WHICH IS TO

A LARGE DEGREE INDEPENDENT of your system."

minimize the effect of the secondary conditions to some considerable degree."

being actions, they affect all other actions, and if I repeat this in session after session, I do so, so that

it will never be forgotten. Therefore these secondary conditions are STRENGTHENED through the very

ACT, or MISact, of thinking that they are PRIMARY rather than secondary elements in action."

will be in completely different states of mind, of competence, of effectiveness and of strength, as a

system in which they exist."

SAME FREEDOM WITHIN IT."

"He will be at all times a prisoner of clock time and of aging, for he will consider these the primary

conditions under which he must operate. And the action, or actions involved in this belief will therefore

Thanks Joshua ~ So The Ascension IS The Awakening ~ Great ! 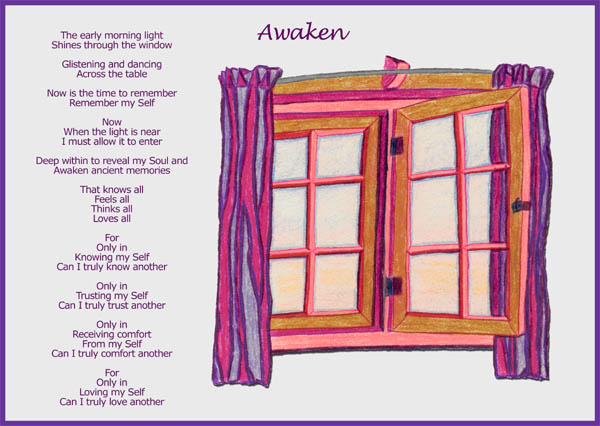