Pleiadean Alignment Coming in May

Although I am new to this community, I've been dedicated to Pleiadean projects for 18 years. I'd like to offer a copy of an article I wrote that may interest you, in hopes that you not only resonate to the information, but find it empowering. Most likely, you already know some of this.

"Millennia ago, an advanced civilization from the Pleiades star cluster introduced their genetics on planet Earth. They observed the evolution of the species, experimenting with ways to further spiritual development. Atlantis, the ancient Egyptian and Greek civilizations were all Pleiadean projects. Their programmed "energy signature" was encoded and imprinted on DNA, the way fingerprints are left behind when you touch something. This energy signature responds to its own origins, like a radio tuned for one station.

When our sun is at Galactic (25, 26, 27) degree of Taurus or Scorpio, we are in astronomical alignment with the Pleiades, both at the conjunct in Taurus or the opposition in Scorpio. The Pleiadean energy signature on the planet is activated, like a gong that lasts for three days, twice a year. It is a time of Pleiadean entrances and exits, when they tend to their projects, whether starting, maintaining or ending.

Those with the matching energy signature can be activated (woken up), those already awake can be empowered, and those ready to finish and graduate may leave, or start something new at a higher level.

While the Pleiadean interaction here isn't limited to this timing, it is the time of the highest activity. Someone born with a planet or House Cusp at Galactic degree in Taurus or Scorpio would be connected to the Pleiadeans at some level all the time, unless their bloodline had been so intermixed that the original encoding is skewed. It's like your radio station isn't coming in loud and clear, but if you really want to, you can train your ears to listen.

Ultimately, the Pleiadean agenda is one of spiritual development toward the ability of a species to live in harmony with each other, realizing a group conscience and consciousness, and to live in balance with Nature.

What we call Pleiadean Lineup, is both an astronomical alignment and a time for activation, realignment or action concerning Pleiadean agendas." End of article

One Love For All,
Arielle


You're so welcome, Clinton! Thank you for commenting.

Hi Arielle, Looking forward to it!


Me, too, Simone! I like to go to my favorite tree in the woods during Pleiadean LineUp and just be still there to tune in, reaffirm my commitment, and ask for any guidance that they can offer. And I always take my favorite crystals, making sure they've been cleared beforehand.

Permalink Reply by Vaddix on April 30, 2009 at 5:31pm
Im Pleiadean, but im capricorn:( Does it affect all pleiadeas or just scorpio and taurus?

But this is the first time it's happening right? The alignment has already occurred. This is just 'bursts' of activity.


BLU-e,
The astronomical alignment of the Earth with the Pleiades has happened twice a year since the Earth began. I've been told, however, that the increased use of the "window" with regard to Starseed Projects has only occurred more recently, especially since 1942 and the splitting of the atom. From what I've learned about it, that's when the need became critical. The numbers of Starseed have been increasing ever since, especially since the August Harmonic Convergence of 1987.

Every May and November, when the sun reaches 25, 26, 27 degrees of Taurus and Scorpio, the window opens for about three days, usually between the 15th-20th, depending on leap years. It's when the Pleiadeans tend to their projects, check on their "children", drop some off, pick some up, whatever they set in motion during the previous window, six months ago. As I said in the original post, activity can happen year round, but these two timings have the most activity and focus. The energies present at these times can serve to activate those still asleep, empower those already awake, and allow those graduating to move to their next level.

I'm going to paste in part of a channeled message, with permission, from a book called "Quartz Crystal: A Celestial Point of View": Understanding the role of crystals is an integral part of the Starseed Projects.

"Throughout the history of man, Silica has played an important part, especially in the timing of prophecy and maintaining galactic experiments of advanced knowledge. But not until January of 1942 was the need as great as when the Federation of Galactic Intent met and decided that those who were to be born would need greater amounts of Silica within their bodies. A strong Galactic stand was taken and the programming of the Star Seed was at hand. A rebalancing process was to begin upon the Earth to help save the planet from destruction. The frequency of Silica was increased because the High Beings that were coming to Earth would need stronger sending and receiving stations in order to maintain contact with their High Command. Silica became part of the monitoring device which in turn became a guidance system for the Star Seed upon the planet. Because of the different missions, some Star Seed's silica requirement is much higher."

So, my friends, get ready for May's Pleiadean LineUp - it starts this year the early evening ET on the 15th until evening ET on the 18th. Whether you're fully awake or still sleepy, there is great empowerment for you, maybe communications. Have questions and requests ready - they'll hear you, even if you don't witness their presence.

The planetary alignment is astronomical, but your personal alignment is more a matter of attunement to the Pleidean frequency of dedication to the spiritual growth of humankind and the balancing of man and Nature.

Im Pleiadean, but im capricorn:( Does it affect all pleiadeas or just scorpio and taurus?


Yes, it affects all Pleiadeans, regardless of your sign. Your sun sign may be Capricorn, but that's less than a third of your "song". All the other planets in your chart, as well as the House Cusps, may well be sitting on a Pleiadean frequency. Or you could be a Walk-In, in which case the natal chart isn't really yours, anyway. Would you like me to check?
One Love,
Arielle 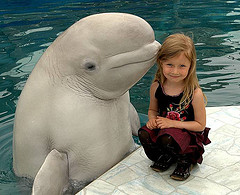 Thank you, my friend!

Permalink Reply by Greg on May 1, 2009 at 10:21am
Hi Arielle, i'd appreciate it if you could also check the chart for me too, or direct me somewhere so that i can look it up myself. I'm a virgo, born Sept 9th, 1983 at 12:22pm in el paso, texas. Clinton claims im of pleiadian consciousness, but i feel like i've done a lot of traveling in my time :)

Arielle... Would it be too rude to ask you to have a quick check on my chart please.... I would be very grateful, unless you can suggest a good site where I can do the work myself...
I was born... January 8th 1971 at 2.30am in Solihull, England
I share my birthday with Elvis and Bowie.... haha no wonder i am bats!!!

I just calculated your chart and WOW! You have 13 star markings...you are definitely "not from around here". I have a website where you can read about what that means and how these star marking codes were discovered, or more accurately put, the information was released through a three and a half year demonstration orchestrated from "the ship."
Wait until you have the time and tranquility to study the information - www.starseedhotline.com/vault.htm
The site has hidden activation codes, like a treasure hunt. It's meant to be fun as well as enlightening!

Hi Arielle, i'd appreciate it if you could also check the chart for me too, or direct me somewhere so that i can look it up myself. I'm a virgo, born Sept 9th, 1983 at 12:22pm in el paso, texas. Clinton claims im of pleiadian consciousness, but i feel like i've done a lot of traveling in my time :)


Hi, Greg,
I just ran your chart, and yes, you have 9 star markings, 1 of which is known as the "Mark of the Pleiades" in a very prominent position, so Clinton is right! Check my reply to torz in this thread and you'll find a link to my site, where you can find out about star markings in your chart. I'll repeat that you should wait until you have the time and tranquility to study and absorb the information.