The saviors are here and we can see them

Countries do not declare wars on other countries.  Oil complanies do not drill for oil.  Pollution is not caused by businesses.  Governments do not make decisions that affect the world positively or negatively.

The earth will never be destroyed by the likes of mankind. We are not capable of killing the earth, we are only capable of killing ourselves and most of the life currently on the earth.  The earth will survive and it will find a way to have life live on it.  It has done so for billions of years and will continue to do so for billions of years to come.  Look at the mass extinctions throughout history and look at all the life currently supported by the earth.

It would be nice for the human race to continue to share life with the earth.  Some people think it is ludicrous to think the earth is alive.  I think nothing can support life if it is not alive.  I believe the earth is alive and has it's own consciousness.  It spawns life because it loves to have life live on it. We are children of the earth and the earth provides us with everything.

We have the knowledge and technical capabilities to put an end to the pollution that is harming us and other species.  We treat the earth like it is our dumping ground but do not admit to ourselves we are living off of that dumping ground.  We are like a colony of bacteria in a Petri dish and destined to die in our own waste, unless we use the intelligence we have to save ourselves and other life forms.  We are the true saviors.  if other forms of life in the universe have found us it is clear they will do nothing, ever to interfear with our decisions about our planet or ourselves.

For several years now, in the morning, I stand by a tree several times a week and try to connect with it.  I have felt the trees energy and it felt like something was wrong.   One day, recently, a sadness entered me, also a story about how mankind was once part of everything else and how mankind lived in and within the environment and all of life loved all life.

The sadness was that we separated ourselves and began abusing other life forms on the earth. It is one thing to kill for food and survival, quite another to kill for other reasons.  The sadness was for the environment as it had lost what mankind had to offer.  There was also a sadness for mankind as we have forgotten where we came from and instead of enjoying what the creation had to offer we manipulate it to our perceived advantage.  Manipulating the very thing that sustains all life that we know of can have unforeseen consequences.  I have stood by the tree after that experience for another year and felt nothing but the energy I felt before the experience.  I guess once was enough.

Given the choice of a bone or a billion dollars, a dog will always choose the bone.  That is because the dog does not conceptualize the value of money.

People cause war, people cause pollution, people drill for oil.  We are all people.  We created the situation and only we can fix it.  It is our responsibility.  Unless we realize we are the only saviors we will not be saved.  Unless we desire to go to the next level of consciousness we will not get there.  We have been killing each other since before recorded history.  We are in a rut and only we can get ourselves out of it.  If anything, other life forms are waiting to see if we will self destruct.  They would never save a race from self destructing as they would never want that race to be part of a galactic presence.  Beliving some other race of superior beings will step in and save us is like believing in the tooth fairy when your 50. 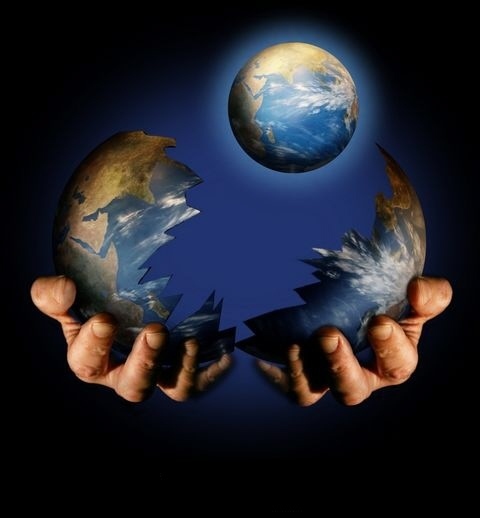