Originally discovered by Ancient Sumerians 25,000 years ago, their existence hidden by Sikh’s, Muslims, ancient Hebrews, early Christians and Hindus; they were often mistaken for Gods by the early Greeks and Romans, or as Angelic beings, spirits or witchcraft/the occult, because of their ability to communicate and their early presence and interaction with Primitive Humanity, which they gradually refined into a "Hands Off" quarantine of observation and limited discussion only.

Only recently has Science been able to study the Technology behind the Orbs. This, thanks to recent discovery that they can be filmed near any open Vortex. A Vortex is an "opening" in a targeting area that is used by the ’Beings of Light’ or "Jihns", who are behind the Orbs. Using a unique mixture of Cesium Gas, Supercooling, Quartz, Gamma Lasers and Electromagnetic/Neutrino Flux, the Interdimensional Travellers create Telescoping Communications Tunnels through Dark Energy Space between their nearest Galactic Outpost, in Orion, reaching across "Transdimensional Space" to our Earth, arriving by targeting the surface of our planet. 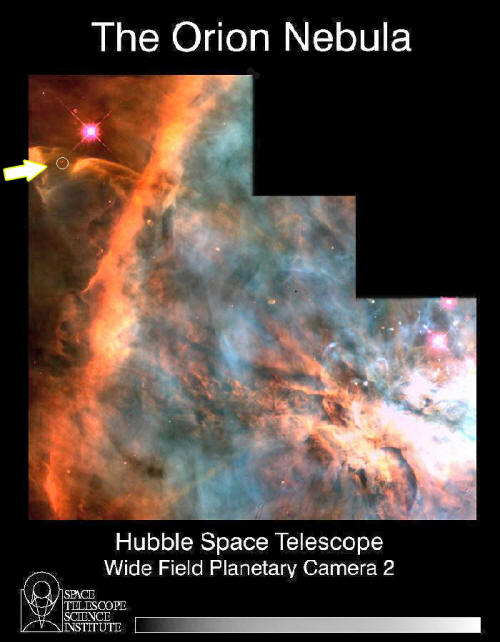 When these tunnels reach our world, their computers begin the arduous task of maintaining a ’subspace’ connection with our Planet. They must constantly realign the Vortexes so they are at a point on earth from which they dare venture, using advanced technology to protect themselves from our atmosphere. The motion of the Earth, and Sun, require constant compensation. There are 28 known "Vortexes" on Earth, and they allow their users to visit every part of our Globe. Each represents a distinct Platform circling in orbit near their Outpost, and it’s Vortex Generator. The Vortexes can be opened and closed by them at will, traveled through or just visited in "passive monitoring" mode.

The Orbs are an advanced technology for exploration, a sub-manifestation of the Beings of Light’s advanced technology for engaging in remote telescopic navigation of the Galaxy. It provides them with the ability to observe, record and even interact with our world, using hyper resolution, interactive, transdimensional teleportation and communications. Orbs and Orb Vortexes represent a degree of scientific development very much in advance of Earth’s own Radio Telescopes and Hubble Space Telescope. It apparently has existed for more than a Million Years, forever watching the heavens from the Beings’ home world, and from the Galactic Outposts they open as soon as they find a suitable world for their kind to visit. They spend their days and nights searching for life elsewhere in the Galaxies.

Given the choice of relying on ancient Radio Wave Technologies, each of the Orbs are a marker of a coherent ’hole’ in space and time that just barely comes into contact with our local space and time: not enough to cause a lot of harm, just enough to give its operators a portal that they can observe Earth through. Each Vortex offsets these Orb-ic "holes" approximately one and seven eighths "light seconds" from our time, allowing them to pass right through solid objects with minimum of friction. Humans placing their hands in or near Orbs or beings using the Orbs to visit our world transdimensional-ly, often sense a slight sensation as they come into contact with the Beings or their technology.

The Beings of Light are a telepathic species, and the Orbs have the ability to transmit their thoughts to Humans at a very limited level of audibility to the mind. For thousands of years, the visitors have quietly interacted with Humanity, watching us, observing us, recording us, and leaking information to us about God, about the Universe and about Science. Although we have the ability to develop our own Vortex capability, the Beings have not been willing to give us the entire design, but have provided a few lucky humans fundamental knowledge of what one might call a real world version of the famed "Star Gate" of the Movie and TV series. Only, the technology is quite alien to us, so until we develop the ability to protect ourselves from the consequences of it’s widespread proliferation, they are only providing us little bits and pieces of the data.

Frequently, the Beings of Light project images that tell a story. Where lakes and fish used to swim but were destroyed by mankind’s rape of the environment, empty lake and riverbeds will report images of leaping fish and storming dear apparitions. Because of their ability to scan the future, the Beings have mastered the art of predicting disasters, and have been known to create apparitions similar to "Mothman", Indrid Kold, to warn of "Tragedy on the River Ohio", predicting the Silver River Bridge Collapse, as documented by the movie starring Richard Gere. Often, after a terrible tragedy, the Orbs will appear near the scene of carnage, and will be filmed inadvertently as they look at the situation from the past, one they may have unsuccessfully tried to avert. To them life is so sacred that even intervening in Human History to prevent a tragedy is not forbidden.

Through these ’subspace tunneling’ Orbs, these distant Species, the Beings of Light, thought to be operating from an Orbital Space Platform above their own World’s atmosphere, are able to easily explore and roam the Galaxies without constantly relying on the effort and risks of Interstellar Space Flight: allowing them to use Interstellar Space Flight only when it is necessary to actually move from one planet to another, once they have found a safe place to visit. Their Orbs are like an Interstellar Video Telephone for space exploration. Yet they have unique ways of communicating.

They have been remarkably patient with us, in spite of humanity’s inability to accept and fully comprehend their existence and technology. They want to help us, even though they find our warlike ways and the murder of millions of our peers in past wars a form of insanity left over from the shock of our rise from "naive gorillas, baboons, orangutans and monkeys" to our current human form... They revere Life itself. They are remarkably spiritually and scientifically advanced... They have come to believe that God’s plan for humanity was amplified by the mutation of our predecessor species between 800,000 and a million years ago, seeing most of it’s effects in the past 500,000 years. They have told TEAM ORB it resulted from radiation effects - our world is highly radioactive - and from the presence of materials like Mercury, Lead and Polonium in our environment, that it has gradually shifted our DNA in an effort to adapt, into intelligent, yet self-destructive humanity who are gradually destroying our planet.

They have told TEAM ORB that they want us to learn how to reforest our planet so that in spite of the consumption of the Jungles and Rainforests, that we will have enough air to breath and clean water. They want us to learn how to eliminate toxic industrial byproduct from the water and air, and to find a way to end our differences with each other. They also want us to be brought closer to the Almighty, whom they have a direct connection with as a species. They have told us God lives, and He has a manifestation in our Universe and our Galaxy, a "Watchful Eye" in the vicinity of the Crab Nebula, undetectable to us. We are but one of many species God created in His image, and we are as precious as the rarest of elements, His creations, our lives are precious and need preservation.
Each type of Orb has its specific purpose, reflect specific colors under particular circumstances and behave in predictable patterns, to some extent. They even travel in associated pairs and groups. 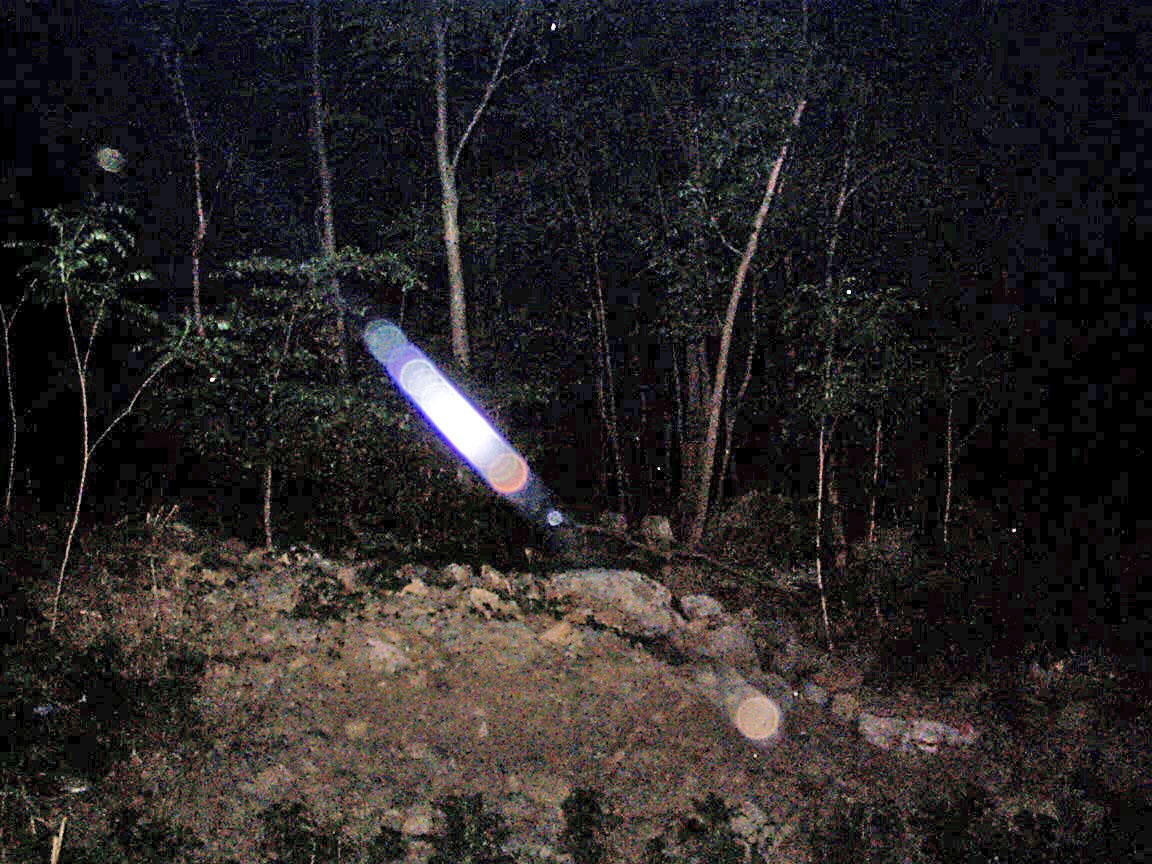 Click below image for a Chart of Orb Types found consistently within the pictures in the many photographic studies. Two more ’types’, the folded Bell, and the Tetrahedron Orbs, are still being studied. Part of the proof of their intelligent, extraterrestrial origin, is the very consistent nature of and behavior engaged in by these objects under any and all kinds of lighting, physical and environmental circumstances at the time of their being photographed.

Humanity, for thousands of years unaware that it was NOT ALONE in the Universe, has a momentous discovery before it: We are but one species of possibly Many. God, in his profound wisdom, has created life in many places in our Universe. And, now, we may be about to meet our distant "Cousins". The ORBSITE INITIATIVE represents a step towards a permanent relationship with the Distant Species.

They probably do not resemble us, one of the many bridges and cultural differences we should be prepared for.

As more research reaches this site, it will be posted. A Communicator is also under private development, and may in the future offer some limited means to display communications efforts with these Travelers from a distant world. 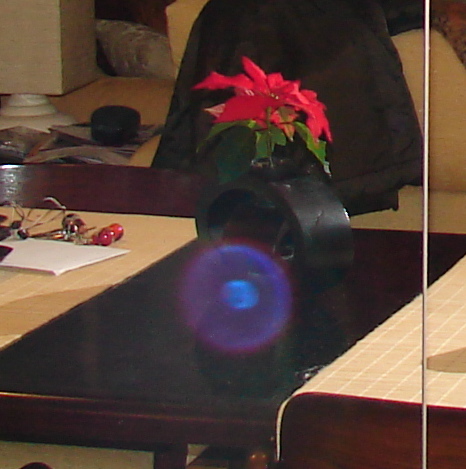