GaGa was a Sumerian Messenger for the 'god' Ansar - Warning of upheaval in the Cosmos! 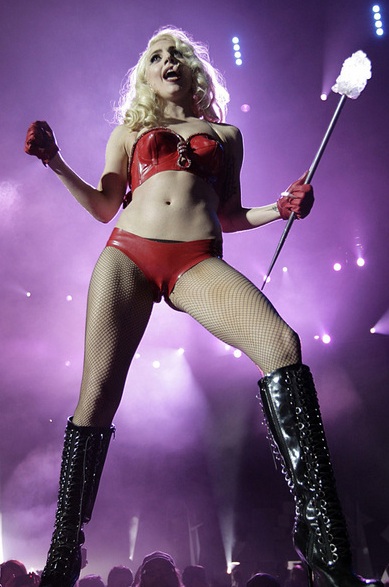 I'll be the first to admit that I've not listened to much of gaga's music. Yet, something about her name sparked a memory and I went and drug out one of my old college books. There it was within the Enuma Elish, the Sumerian Creation story that parallels many parts of Genesis.

Ansar (or Anshar)was considered a primordial 'god' who's mate was named kishar. He was the father of An (Anu) who in turn fathered En.Ki, En.Lil and Ninsarhag (Sister.)

Gaga was Ansar's messenger, his emissary, his way to reach the galaxy. He sent gaga (sometimes called kaka :-) off to tell that Tiamat was going to be destroyed. Tiamat was (supposedly) in the orbital place that the Earth is in now. Part of her is now the Ea.rth. Tiamat's consort Kingu, became the moon.

Gaga was also the ruler of 'Pluto.' Who was known (then) as a moon of Saturn. In her music video 'Bad Romance" she is shown with the 5 rings of Saturn behind her head. A hint at her Pluto/Saturn connection?

The name Gaga or Kaka is an old Babylonian hermaphroditic deity. - The Religion of Babylonia and Assyria By Morris Jastrow, p.189

Here is a small quote form the Enuma Elish. Just the parts that mention Gaga.

PS the places that have dots (...) mean that the cuneiform script was crumbled or missing and they have no direct words for that area.
__________

(snip)
Ansar opened his mouth, and
Unto Gaga, his minister, spake the word.
"O Gaga, thou minister that rejoicest my spirit,
Unto Lahmu and Lahamu will I send thee.
... thou canst attain,
... thou shalt cause to be brought before thee.
... let the gods, all of them,
Make ready for a feast, at a banquet let them sit,
Let them eat bread, let them mix wine,
That for Marduk, their avenger they may decree the fate.
Go, Gaga, stand before them,
And all that I tell thee, repeat unto them, and say:
"Ansar, your son, hath sent me,
The purpose of his heart he hath made known unto me.
He saith that Tiamat our mother hath conceived a hatred for us,
With all her force she rageth, full of wrath.

Gaga went, he took his way and
Humbly before Lahmu and Lahamu, the gods, his fathers,
He made obeisance, and he kissed the ground at their feet.
He humbled himself; then he stood up and spake unto them saying:
"Ansar, your son, hath sent me,
The purpose of his heart he hath made known unto me.
He saith that Tiamat our mother hath conceived a hatred for us,
With all her force she rageth, full of wrath.
All the gods have turned to her,
With those, whom ye created, they go at her side.
They are banded together and at the side of Tiamat they advance;
They are furious, they devise mischief without resting night and day.

They prepare for battle, fuming and raging;
They have joined their forces and are making war.