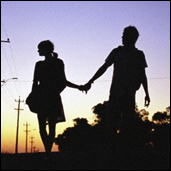 Group for gathering videos, articles, and other things that might help you to present information about ascension.

Just remember, don't try to force any of this information down peoples throats. They will get interested, if it's their time to do so. Following stuff is worth checking for those, who are a big "?", but they would like to know more, and don't know where to start.

Ullan made a really good reply, and I think it should be visible at all times.
It's from the thread http://saviorsofearth.ning.com/forum/topics/how-do-i-tell-them

"I must echo the sentiments expressed here thus far. Trying to make someone understand that they are living an illusion is very much like trying to make them understand what the color blue tastes like. And at this time I'm feeling that one of my guiding energies is trying to say something (third eye chakra actually feels as if it's burning) so I'll let them have a go.

So many are, at the moment, waking up and finding themselves looking out over a land filled with dreamers. Strong is the impulse to shake them awake and tell them that they have been asleep, but it would be 'wrong' to do so. Along the scale of grey, it would in fact be near the darkest edge. Observe the sleep of those who dream, be aware that you yourself are still stretching out with sleep riddled eyes, and that which surrounds you is very bright and unfamiliar.

Very soon they shall awaken. And as they open their eyes for the first time, blinking against the light that surrounds them, they will see you standing there, fully awake and aware, and it is your guidance they will seek. For now, let your eyes adjust to the brightness, explore these new surroundings, find that which it is you have been searching for.

So while you do this, what do you tell the dreamer? What do you tell the somnambulant to make them wake up and realise they are about to throw themselves off the stairs? You do not say anything. Waking up speaks louder than words, and they shall see this for themselves. But as the sleepwalker that is about to injure himself, be not afraid to nudge them slightly, alter their course almost imperceptibly. They do not need be aware of this, the results will remain the same regardless.

So how does one nudge? Begin with the simple things, things which are affecting their illusion as their true minds struggle against the inherent flaw in the veil that has been pulled over their eyes. Speak to them of the true nature of banks, government, things which they themselves can back up with shards of the same illusion. Offer them your support and guidance, and speak to them of meditation, of relaxation (yes, it is me) and let them experience how it afffects them positively.

Do not force. Nudge.

Reading back, I don't think I have anything else to add. I still don't know who or how, and I don't consider myself a channeler, but I hope the information that came through was helpful.

Destress Kit for the Changing times

Awakening the Divine Within playlist 9 vids

You need to be a member of Awakening others to add comments!