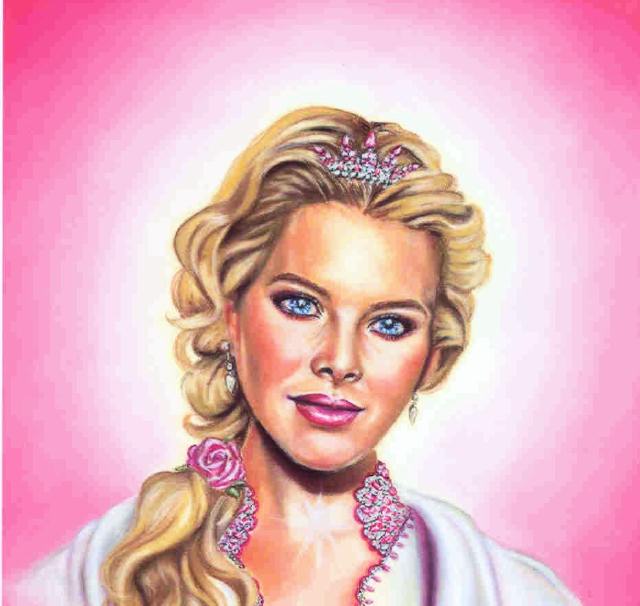 The Divine Plan: What is going to happen in that window between May 26th 2012 and December 21st 2012?
♥ A way is found in this Divine Plan that’s coming for the Angels to begin to be visible to some of the peo...ple.
♥ This Divine Plan there is no falling back.Human kind will achieve the purpose they came to the Earth, the Great Creator Race, the Great I AM Race.
♥ it is the coming of the Christs, or to say it in another way, in a way that Emanuel himself said the coming of The Untouchables those who’ve awakened and those who’ve begun the great journey of Resurrection the journey of becoming Christ Beings on Earth where no human force can touch them
♥Goddess of Venus in your sister planet, our sister planet Venus who responded to the call for help

Tonight I wish to transmit in my discourse ‘A Divine Plan Soon Unfolds.’ Human kind around the world have been awakening in their own unique ways and their own hearts have attracted them to those spiritual understandings, higher truths, inner schools of wisdom, the lost knowledge, the Ascended Master Teachings, and for tens of thousands of years, more than fifty thousand years, quietly behind the scenes behind the theatre of human life upon this Earth projected onto the Earth, projected into the hearts of those who would awaken first.

Coming down onto this planet have been great focuses and sources of light, prophets, wisdom thinkers, inventors, renaissance masters, all who have made a great contribution, Christs, Buddhas, prophets.
For fifty thousand years there has been coming into place that which in a moment in 2012 triggers all that has been put into place that begins a Divine Plan to save, to raise human kind, and of equal importance a Divine Plan to save this planet, to heal this planet, to restore the powers of nature and the forces of the elements and to open the way for the wonderful elemental kingdoms that were driven underground so long ago because of the discord in the atmosphere of the Earth, a way for them to return.

A way is found in this Divine Plan that’s coming for the Angels to begin to be visible to some of the people.
There’s a lot out there that you can read about 2012 and I’ve dedicated our once-a-month class the Miracle Class to doing all that I can and to opening the doors to others of the Ascended Host who too might offer their gifts for one sovereign purpose, to assist you in all ways that we can to prepare you for 2012 and the years thereafter.

The seven great rays that govern your Earth will pour upon this planet in those final moments to complete the awakening of those who began the journey back to Self, the journey of awakening back in the 20th century in the 1900’s.

The purpose of this window in which our world and your world opens a great outpouring of Divine assistance is to assist those who completed their awakening in the late 1800’s early 1900’s. some of which went on to gain their ascension, to give them the authority to step in and assist human kind in that time period, and to complete the awakening of all those who came onto the Earth in the 1900’s and who triggered their awakening, and to bring those people to a place where they may begin the final journey, the journey of becoming your True Self, the journey of becoming the Great I AM’s that each of you are upon this Earth.

Thousands of years ago, well 25 to 37,000 years ago my own dispensation in Greece in which in those lands we anchored the Rose Pink Flames that would be so required for this time.

And so dear hearts we are only, in celestial we are seconds away for you months, a year, a half. In celestial terms we are seconds away from the most wonderful divine intervention that’s coming. When those days come there will be nothing in the past for you to turn your attention to, no old occult, no old school of wisdom because the Divine Plan states that all of you awakening will begin to express an omniscience, a wisdom so that as the Divine Plan begins to unfold, and I want to be very clear; it has not yet unfolded, it has not yet even begun to unfold.

This Divine Plan there is no falling back. Human kind will achieve the purpose they came to the Earth, the Great Creator Race, the Great I AM Race. The Divine Plan actually starts working, its place, it’s open, it’s active, December 22, 2012.

May 26 to December 21 are the last weeks of fifty-five thousands of years of planning and bringing into place what would be required so that once the Divine Plan the Seventh Golden Age is officially launched there is no falling back.

Because this time once the Divine Plan unfolds it will not be the Ascended Host and the Angelic Host like previous golden ages that are demonstrating and showing the way for human kind to live the Divine way of life; this time it will be raised human beings, it will be human beings by the tens of thousands and hundreds of thousands who’ve been moving through their awakening for years, and their awakening has brought them to that place where their journey is they are becoming that which they have discovered that they are.

In our language, in the Ascended Masters’ language we refer to this as being raised into your Higher Discerning Intelligence, or, the return of your Higher Mental Body that was at one with you in the first two golden ages twelve to fourteen million years ago before the fall from grace.

Or, said in another way, it is the coming of the Christs, or to say it in another way, in a way that Emanuel himself said the coming of The Untouchables those who’ve awakened and those who’ve begun the great journey of Resurrection the journey of becoming Christ Beings on Earth where no human force can touch them, and they are not subject to any human law. They will move around this world invisible if they so choose, they will demonstrate the power of the Presence, they will heal the sick, they will clean the oceans of oil, they will pour the Sacred Fire into the powers of nature and the forces of the elements.

Some of them will come forth and be great scientists and doctors. They will enter universities, they will teach in universities how to take the journey back home to your True Self and then how to become that True Self, an unlimited Creator Being that is your original destiny.

They will be in all walks of life. There have been many dispensations that have been readying for this Divine Plan that opens. More than 75,000 years ago after the lights went out from the sixth golden age and people again turned away from the Light, closed their heart and allowed themselves to be programmed into believing in good and evil, believing in duality, and as hearts covered over and the darkness expanded upon this planet there were so few lights upon this Earth; humankind cried out the suffering so great.

It is the Goddess of Venus in your sister planet, our sister planet Venus who responded to the call and was given the authority that her planet would take on a guardian role for planet Earth and help human kind and this planet move away from a path of extinction, and she sent her son to the Earth, the Mighty Sanat Kumarah.

Of the ten billion incarnate souls to the Earth more than nine billion were living up in the Plains of Bliss, this is where human beings as you know live when they lose their body in the change called death.

At that time more than nine billion of the ten billion human souls who’d come to the Earth long ago were living up there because the darkness on the planet was so great and the only ones who were willing to embody were those ones who tragically had come to embrace the dark side that gave them an opportunity to control and express their hatred and selfishness.

So dear hearts of those billions there were a few tens of millions of humans who were praying and calling for the Light to come… 2: …and when Sanat Kumarah came he called you all out of your bodies, called you in your Light Bodies to come to him, and I would say to you those who began their awakening in the late 1800’s all throughout the 1900’s and continue in this new decade, in this new century, all who are awakening or who will be triggered to awaken are those who met by the millions with this Great Prince from Venus where over many, many years you all discussed and you all created a Divine Plan to save human kind.

Permalink Reply by ian on August 9, 2010 at 4:26am
dont know why they are christ beings. He was just human too just more in touch with the energy.

Permalink Reply by Vaddix on August 9, 2010 at 3:59pm
When they refer to Christ being the are referring to awakened ones. The ones who know that love is the only universal truth. They are referring to us. Doesn't mean we are not human.
Think of it this way. What separates you from the people that are asleep? You noticed there was something very wrong with the world. We all did. We had the clarity to see through the lies. We spread love.

dont know why they are christ beings. He was just human too just more in touch with the energy.

Permalink Reply by patrick on August 9, 2010 at 4:53pm
'Great Prince from Venus'. I don't wish to seem reductive here but any references to Venus The Light Bringer (aka Lucifer) are suspect in my view. Lucifer The Light Bringer can stay away from me thanks. Remember this is the Being that the illuminati venerate while they torture children. Yuck.

'Great Prince from Venus'. I don't wish to seem reductive here but any references to Venus The Light Bringer (aka Lucifer) are suspect in my view. Lucifer The Light Bringer can stay away from me thanks. Remember this is the Being that the illuminati venerate while they torture children. Yuck.

Permalink Reply by patrick on August 9, 2010 at 7:00pm
yeah maybe I flew off the handle there, thanks Besimi.