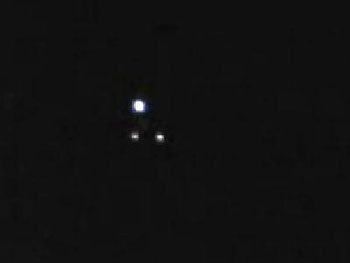 The UFO Traffic Report for Monday, June 22, 2009, includes 20 selected sightings over 14 states, according to witness statements filed in the past 72 hours with the Mutual UFO Network (MUFON) database.
Today's stories include: a slow moving object covering the entire length of a 400-foot-long driveway in Wisconsin; a bright green fireball over Texas; a bright green fireball over Ohio where an object seems to fall from it; a series of orbs moving over Colorado skies from two different June 19 reports; bright lights spotted over a Washington nuclear power plant; a triangle-shaped UFO over Illinois; a rectangular-shaped UFO seen over Denver on June 19 and 20; multiple Colorado witnesses observing a cigar-shaped UFO; two orange spheres buzzing a New Mexico mountain range; a series of orbs moving across Texas skies; a shape shifting object over California; a triangle-shaped UFO over Pennsylvania; a green flash of light over Texas with multiple witnesses; an orange-colored sphere over Arizona that dropped a white ball of light; a large ball of light hovering over a New Jersey bay; a Texas witness claiming a triangle UFO hovered in the sky for two hours; a fireball over Nebraska that seemed to be controlled; and a series of fire balls over Kansas City, Missouri.