The undercover cop, in charge of organizing violence in Barcelona, ​​on "search and capture" 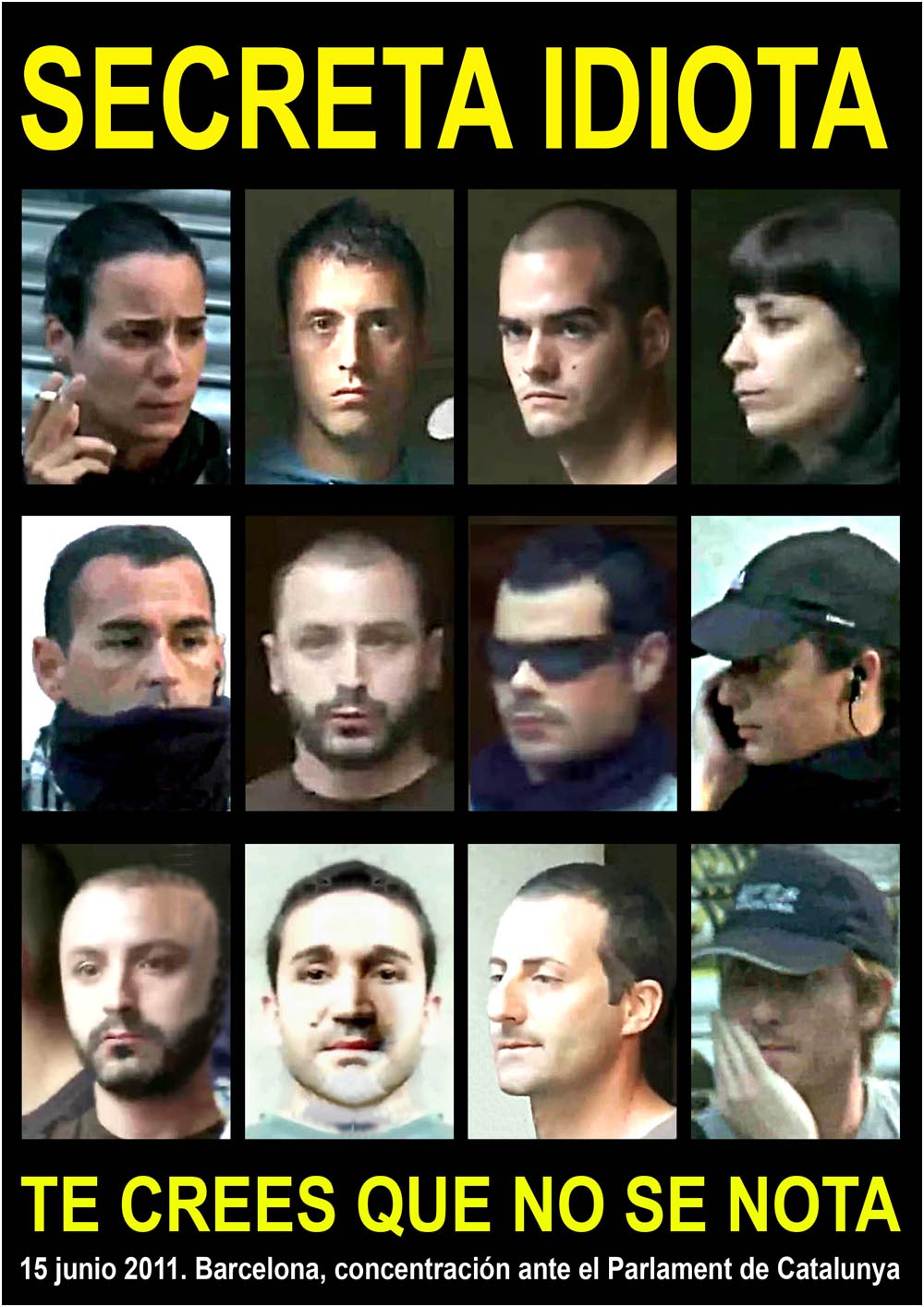 for decades have had to endure the posters of terrorists wanted by the law, this time is the people who put on "search and capture" the police infiltrated the legitimate defenders of the Act (the thieves in jail), responsible of organizing violent acts that serve to discredit the citizens' movement.
Censored video where undercover cops appeared that generated arguments, this poster puts them in "search and capture" by the popular intelligence.Their families who learn that opposition to police that was approved to become terrorists!Let them see their friends at school, the neighborhood and its cousins ​​in town!To fall upon them the shame of shame!They leave their names in light! (And to serve notice to other police infiltrated the people have awakened and will not tolerate further attacks "false flag"). (Coming soon on this page, how the Bourbon monarchy created the anarchist terrorism).