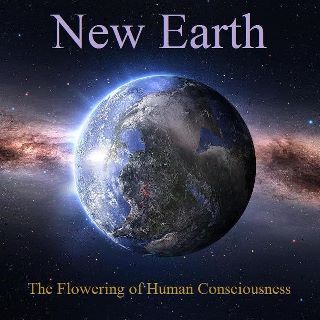 The Lightworkers who long worked for Humanity on Earth, having been taken up to the overhead Motherships11 during the Earth Changes/Stasis Period for further instruction and planning for the New Earth felt themselves privileged indeed. Not only were they to return as the pioneer planners of a New World; they were to hold in their own memories their unforgettable experiences on the great Mother Ships. As future generations were born and grew up, tales of these giant Spaceships were to be handed down as folk memories like the story of Noah's Ark. But for now the experience remained strong in their living memory, providing a rich source of material for the stories which those of the present "Mothership Generation" were to pass on to their children and grandchildren now being born on the New Earth.

They were later to tell tell of the warmth and welcome when they first boarded the giant spacecraft greatly upset at the suddenness and magnitude of the Earth Changes and the plunging of the large part of the population destined to remain on Earth into a period of Stasis/suspended animation. On their stepping aboard the Motherships12 they were immediately given healing vibrations which soothed and calmed them, and they basked in the spirit of openness and instant friendship which their Space Brethren so readily accorded them.

They recalled the incredible size of the craft: the typical Mother Ship, anything from ten to a hundred miles or more in diameter, seemed like an entire planet, and indeed many of the ships' Earth guests departed without ever having fully explored the complex and fascinating craft which had been their home. No sensation of enclosure was ever experienced, for the accommodation, office and meeting complexes were set in "open space" so vast that it seemed like "the great outdoors". There was a feeling of sky high above, and beneath it there was "countryside" for walking and relaxation, and lakes with rocky shores and secluded beaches. In scenic spots were pleasant meeting places in rustic settings where people could chat and enjoy some light refreshment.

They remember the spirit in which the Space Brothers offered their help. Whatever was needed was there. Advice was always willingly available. Their interest, the concern, the enthusiasm, all were offered in abundance. Yet nothing was ever pushed or forced; for those of higher evolution understand the Law of Karma, that each must create his or her own reality. Earth's new inhabitants had to create their new world from their own hearts and minds, in line with their own collective point of evolution; and now it is done they alone must be responsible for what they have created, be it good or bad. The right and the duty of Earth's people to pursue their own line of evolution was always respected. Yet this was not reflected as a cold, academic detachment; the warmth of encouragement was always there in abundance, advice always freely offered.

And of course they remember the creative excitement of the great debating and planning sessions on board the Mother Ships, for it is based on those debates, decisions and plans that the present civilization of the New Earth was, and will continue to be, created.

At first, on the great Mother Ships, healing, relaxation, and familiarization with the spacecraft environment were given precedence.

As the Earth arrivals began to tune themselves in to the higher vibratory environment they found their bodies lightening, their minds becoming more alert, the need for sleep and food lessening. They gradually found themselves able to "see" on different levels as their range of perception widened, and so that they might enjoy and benefit from this new breadth of vision they were given opportunities to travel in thought to other planets and other civilizations.

Many also took the opportunity to study Earth's history through the Akashic Records. They emerged much chastened by the experience, for Human history is a turgid tale which is both disturbing yet rich in moral lessons.

But that was history, for with the benefit of a higher vibration rate and level of consciousness the old antagonisms and competitive ego-motivation which had been responsible for so much conflict in the world gradually faded away, replaced now by an enthusiasm to move forward in a spirit of cooperation, working together in the joy of sharing and contributing. At this point the people of the Old Earth now "born again" were considered ready to commence the serious work of preparation for their eventual return to their New Earth.

The debating and planning sessions on the various Mother Ships, centrally coordinated on the Ashtar Command's Ship Shan Chea, took place in huge debating chambers expressly set aside for the purpose. Here the guiding philosophies of moral and social law were first explored and formalized; broad notions of nationhood were discussed; economic laws were debated and researched; the nature of community was analyzed.

So that they might begin their great debates with a unifying foundation, the Earth people were given opportunities to study and discuss many of the great Universal Laws which govern the Universe and the conduct of people, communities and planets within it. The beauty and simplicity of these great Laws was a revelation to them; more so was the gradual understanding of their universality and practical effectiveness. It was not felt necessary by our space friends to stress to Earth people that these Laws had already been given to Earth many times by great Masters and Teachers whose words had been largely ignored by a self-centered humanity!

The Laws of the Universe give us many rules for our guidance. They can be divided into three Groups: the laws of Manifestation, the Laws of Self-Understanding, and the Laws of Relationships.

The Laws of Manifestation tell us how we can give form to our wishes on whatever level of reality we currently exist. They are concerned with what we on Earth would commonly call the "technology" of physical science, through the growing understanding of which we provide those physical goods and services deemed necessary for our health, comfort and improvement.

The Laws of Self-Understanding tell us how we can gain a greater comprehension of self within the wider context of evolution, and of the laws of karma through which we control and affect our destinies - the Science of Spiritual development.

The Laws of Relationships tell us how to treat one another correctly, and how to treat all other beings in the universe including the animals, insects, trees and rocks in the same way; this we would call Political Science or the Science of Social Conduct.

The Laws of Relationships are many, but they are based on one single Law, namely that whatever we may choose to do, we should do nothing which is harmful to, or actively interferes with, the evolution of another or other life-forms. This is the Law which guides the Universe and all of the more evolved planets; it is the Law which was taken for granted by all the Space Brothers on the Mother Ships and it was - it is - the Law which Earth people soon came to understand and unreservedly adopt.

Earth people with experience or natural talent in legislation and political matters then began to make their contribution, pointing out that this concept equates not with Freedom which is inherently unlimited, but with the word of Latin-Roman origin: Liberty, a concept of limited freedom. A Land of Liberty is not a place where there is absolute freedom to do whatever you like no matter what the effect may be on others; that would be a Land of Anarchy. A Land of Liberty is a land in which the expression of individual freedom is limited to the extent necessary to permit the similar enjoyment of freedom by others.

Even with the inherent limitation of freedom expressed in the term Liberty however, there are degrees of limitation and degrees of liberty. When everyone pursues their own evolution, destiny and enjoyment in whatever way is best for them, but with one essential qualification: that no one should do anything which is harmful to, or interferes with, the evolution of others: then and only then is the overall liberty maximized. Enjoy your liberty, but do not prevent others from doing likewise.

When this idea had been thoroughly explored, Earth people were to eventually term it The Principle of Liberty. That entails never knowingly causing harm to another, or as the well-known present day maxim puts it: “Do unto Others only as you would have them do unto You”.

A very simple law, as many Earth people thought when they were first told of it. Yet when they began to study its implications, both with the assistance of Space Brothers expert in such matters and through their own debates, they began to realize that this one single and apparently simple Law does many things. It can guide each individual's personal conduct as it effects others; it can guide us towards fair and responsible use of the natural resources; and it can provide a just, stable and productive basis for economic and commercial activity.

And used as a Constitutional discipline it promotes a totally new kind of government: government which serves and is subservient to the Principle itself, government dedicated to the promotion of liberty, government in which all may freely and without formality participate to the fullest extent of their wishes, capabilities, inclinations and interests. With a clearly defined Principle guiding the course of law there can be no unilateral decisions, no arbitrary justice. Legislators become "Upholders of Justice" whose job is not to wield arbitrary authority, but, with the widest public participation, to interpret and apply, as accurately, fairly and consistently as possible, the guiding rule of right relationships: freedom up to, but never beyond the point where freedom harms, or imposes upon the freedom of others.

With this foundation of common understanding established as a background, attention could then turn to the detail of constitution and legislation, personal and commercial law, and the physical planning of the built and natural environment.