Even the calendar was changed in an effort to disempower the masses. Originally based on lunar or moon cycles, the calendar once contained 13 months and kept humanity attuned to natural rhythms through moon cycles and sun cycles such as solstices and equinoxes. The implementation of today’s Gregorian Calendar in 1582 effectively attuned humanity to technology rather than nature, as it focused attention on clock-based time rather than solar and lunar movements. 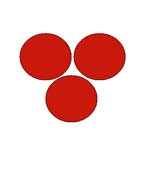 Mystics and shamans of many cultures referred to Galactic Center as Tula and wrote her name as a triangle made of three circles. This image has been found etched on rocks at prehistoric sites all over the world. Some believe that this version of the image also represents the face of the wormhole at Galactic Center and that it may also be code referring to hidden or unused DNA such as the 90% often referred to as “junk.” 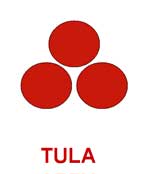 Many indigenous traditions of Mesoamerica believe that Tula emits a frequency or tone known as Ge that not only heals the body/mind/spirit but provides immortality. We believe that the tone of Ge is inherent in the vibrational frequencies of the Language of the Birds, the original Gregorian Chants, the Solfeggio Scale and even primary color system that creates white light. These frequencies form the basis for all disciplines such as alchemy and esoteric religions that claim to lead people towards illumination or enlightenment.

It appears that the spiritual practices used in the ancient mystery schools of Egypt and Greece employed a variety of these vibrational tools to attune people’s DNA to Source. This caused the DNA to ring, sing or vibrate so that it resonated with the tone of “Ge”—the frequency of Galactic Center. This attunement activated a San Graal or Song Grail—a “love song in the blood”—creating a rainbow bridge that synchronized an initiate’s consciousness with Source. This love song energetically united Heaven (Galactic Center) with Earth (initiates), opening human hearts and pumping crystallized “Ge"-tuned blood through their bodies. From this perspective, “Ge-sus” is a Master Being sent from Tula or Galactic Center to help humanity attune its DNA to the frequency of Ge so that we can return to Source. 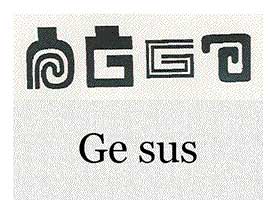 An analysis of the numerous DNA-tuning practices of ancient mystery schools revealed two primary approaches. The first of these, the Path of Nature, employs the sacred frequencies of the original linguistic, musical, color and time systems to attune human DNA to Source.

A team of Russian geneticists and linguists, researching the electromagnetic behavior of DNA, discovered that “junk” DNA is critical not only for the construction of our body but also in data storage and communication. The Russian team discovered that this 90% of our DNA follows the same rules of grammar, syntax and semantics as human languages. Their conclusion is that human language mirrors the structure of our DNA. 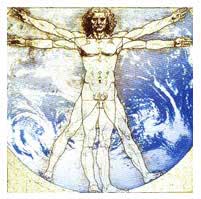 Leonardo da Vinci’s art indicates that he understood the sacred nature of the human body and its role in the evolutionary process. This is also true of the art of the ancient Goddess tradition, which shows the human body in positions resembling a tuning fork.

The real message of “Ge-sus” appears to be that the human body IS the Holy Grail. It isn’t something “out there.” Like a tuning fork, the body can be tuned to different frequencies. At our present point in evolution, most humans are out of tune with Source.

Unfortunately, the external search for the Grail has become obsessively emphasized and we have lost the real message that our body/mind/spirit is a Grail that can be tuned to the tone of Ge, which alters our DNA and makes our blood sing in harmony with Source. We believe that this is the real meaning behind the words, Holy Blood, Holy Grail. 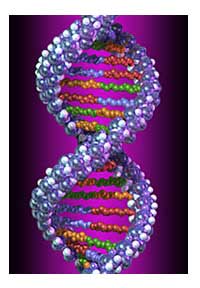 It appears that the purpose of the many tools and practices used in ancient traditions was precisely this divine attunement. Over time, the attunement of the DNA to the tone of Ge transforms the carbon-based body to one made of silica. As the physical body purifies, it slowly turns into refined light much like laser light, which opens initiates' perception to other dimensions. 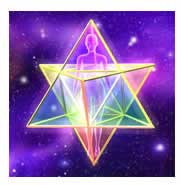 The lightbody then serves as a vehicle for interdimensional travel—a sort of human spaceship. (Image 10) The Heliopolitan mystery schools of ancient Egypt referred to this vehicle as the Mer-Ka-Ba—Mer meaning “light,” Ka meaning “spirit,” Ba meaning “body.” Mer-Ka-Ba means the spirit body surrounded by counter-rotating fields of light spirals that transports one between realities. Attuning the body to the tone of Ge appears to be the ultimate goal of many mystery teachings and the search for the Holy Grail so that we can

Attuning the body to the tone of Ge appears to be the ultimate goal of many mystery teachings and the search for the Holy Grail so that we can find our way home to Source.

Related: Did the Holy Grail Exist? - The Grail Code and Hindu Kundalini how ...
DeoxyriboNucleic Acid (DNA)
Secret Societies, Satanic Sects, The Prieure du Sion, The Knights T...
Kenneth Grant and the Merovingian Mythos
The Serpent and the Real Origins of Freemasonry
Mars, Rennes-le-Chateau, and the Hall of Records
House of Vere & the Merovingians - an Antediluvian Dragon Blood...
Freemasonry & Secret Societies