A Rescue Medium ‘rescues’ earthbound souls who are lost and have not found their way to the light by showing them the way.

A subject not so much close to my heart, but one that I feel animated by is the case of ‘The pretender’. What is a pretender? A pretender is an earthbound soul who pretends to be a loved one or someone who cares and has your best wishes at heart, but ninety percent of the time, they are not, they are just using you for their own fulfilment and ‘devilment’ so to speak. If a Rescue Medium is strong enough and most probably wise enough or just being aware, then they will realise that these earthbound souls, should cross to the light where they need to be.

What upsets me is the fact that I know that not everybody undertakes rescue work, it is not their chosen or given role to do, working with the Spirit World, but the fact that pretenders are not recognised and dismissed as hearsay or fear. This is not by people who are not working with spirit, but developed mediums and people who lead development circles and so forth. I don’t understand why they would deny their existence. I have read several reports and in depth websites and readings on their existence and am dismayed to understand why anyone would deny them.

I was drawn to Spirit write about this subject with my own guides; my writing always takes the form of a conversation.

This is my conversation with my own Native American spirit guide and another spirit guide . I or they have chosen not to reveal their full names and are using initials only.

“A subject you feel strong about, do you not?”

“Yes that is true, can you explain their purpose please.”

“Of course, unfortunately, there are as you know earthbound souls, most have lost their way, they are frightened to come to the Spirit World, for fear of retribution, which is unfortunate as it is the churches that have put ‘the fear of God’ into them and God is all loving. You yourself as a Rescue worker have undertook this task many times, too many to count and have enlightened the lost souls in the way of the light and have helped many thousands, in which we are eternally grateful to you.”

“Unfortunately, there are the few who due to various unknown reasons prefer to stay on the earth plane, they still like to be part of alcohol, drugs, they like to cause mischief, mayhem and carnage if possible, and they do this by pretending to be someone the human knows and gain their trust. Nine times out of ten the human doesn’t realise that this is happening to them, they just follow their orders, their subliminal orders, if they are open to the way of spirit some are misled thinking and believing that this is a loved one who is guiding them, in the case of the mediums (who you can’t really say should know better) as in life, not all the mediums do the same thing do they? They should be aware of them and the difference, as in lost souls who are scared to be crossed and souls who pretend, but what happens is some just do not believe they exist, some think that their own guides protect them from all forms of negative energy. This is usually the case, but really you should always ask for protection, as you never know, if you are in a situation or a place whereby, you don’t realise you have stood in a vortex or someone wants crossing, but do not realise that you are not the one to help, they may well stick with you until they find the rescue worker. These mediums who don’t acknowledge the existence of crossovers or pretenders, well they are in a bubble, they are in a comfort zone, who is to say that we as guides would not allow a pretender in just to see how long it will take for them to realise that they are being influenced by someone they think and believe is their guide, who is to say we would not to do this, not so much to teach a lesson, but to realise the importance of asking and always using protection?”

“Is that unfair to the medium?”

“No, not really, nobody is infallible, well no human form anyway. If a pretender is going to influence a medium and they are teaching others to develop, what’s going to happen to the others?”

“Exactly, are they not also going to come under the influence? And if they do so, is that not being fair to them?”

“If they have been told about the earthbound, which all workers in the Spirit should know, then they will not be affected, it is a case for all to know that unfortunately there are outside influences which we in the spirit and your guides will do our utmost to shield you from, but unfortunately there are different strengths and some are stronger than others and can influence the mind, it is also upto the spirit worker to remember to seek protection and guidance. Don’t be complacent, working with us in the spirit world should be ‘fun’ but then we are here to help you gain the connection between the two worlds which is not an easy task.

We hope this has explained the earthbound and pretenders for you in some manner .”

“Thank you Love and light to you both”

I do feel strongly about this subject as I feel some of us don’t take protection seriously enough, as a rescue worker I know what I have felt and had to deal with. I enjoy my rescue work but sometimes it is hard and trying and I do need extra help myself as some pretenders are very strong and cannot be ‘advised’ that the way is the way of the light and the Lord. I despair that some circle teachers do not heed that nothing can touch them. I don’t want to frighten anyone that’s the last thing, the way of spirit is a good thing and an absolute privilege to be part of but just remember to always be aware and use protection and the way of love and light will prevail. 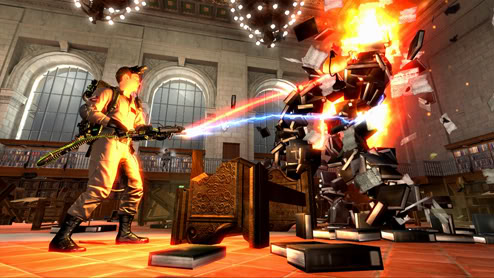 Thanks my friend, blessings to you