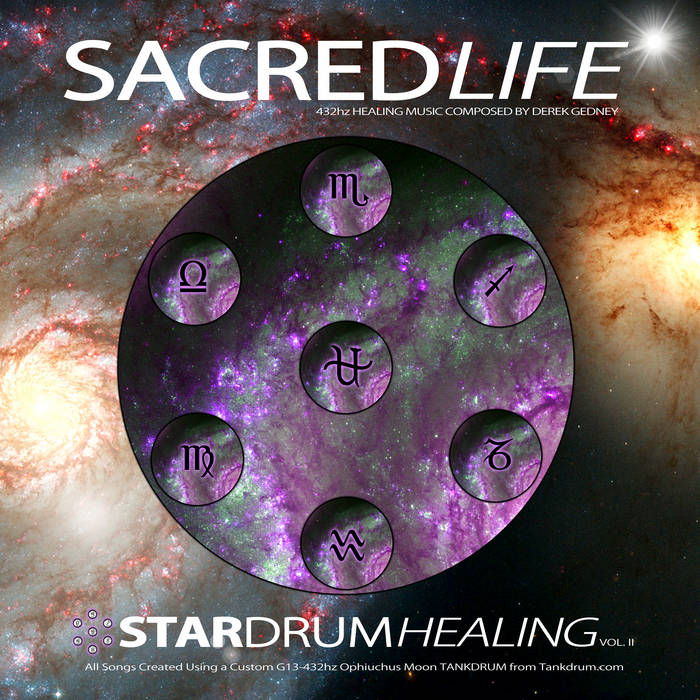 The music by SacredLife is created using a custom made G13 Tankdrum tuned at 432hz. The tones on the drum are tuned to the 4 upper chakras, the Heart, Throat, Third Eye and Crown. The symbolic energy within the tankdrum comes from the time period of its creation. It was created during ISON's 2013 trip around our Sun, during the first 13th Moon Cycle since Dec. 21, 2012 and within the 13th Zodiac Sign of Ophiuchus, who holds the head and tail of the Ouroboros in the stars. It's also a physical representation of the Northern and Southern Hemispheres of The Great Year, also known as the Hindu Yuga Cycle. These energies coupled with the upper chakra tones produce a hyper-relaxed state of peace and meditation, balances the spiritual immune system and heightens awareness on many levels.