Clay of all kinds in the bath, on the body and taken internally is recognized (albeit quietly) as being the fastest and most effective way to remove all forms of radiation from the body

here is more info on the blue clay :  http://www.kreychiropractic.com/?p=15

Blue clay – a drug from the ground blue clay from ancient times was used not only as a valuable building material, but also a drug. Blue clay kills bacteria, absorbs the liquid around them and gaseous toxins, odors, gases, and kills germs. Blue clay destroys the stale smell of food. Blue clay helps to cope with different food poisoning, as well as from diseases such as cholera, dysentery and many other infectious diseases. Radium – the main radioactive element contained in the blue clay. The longer the clay under the sun, the more it will contain radium. Treatment of blue clay gives the body radium in its pure form, in a natural state and in the doses needed in the body. No bacteria, viruses or other microorganisms can not withstand such a radiation.

Due to its radioactivity blue clay is the best natural sterilizer. In contrast, all chemical antiseptics, kills not only bacteria but also healthy cells, blue clay, eliminating microbes and their toxins, strengthens the immune system, helping to combat new microbial infections, updates the cell and injects them with new strength, despite the defeat of aging or degeneration. Due to its radioactivity blue clay enhances the natural forces of the body. Methods of blue clay Blue clay has been used successfully to treat a wide variety of diseases, including cancer (lotions on the affected Body and ingestion). Established that the blue clay has a strong antitumor effect, which applies to both benign and malignant tumors. Perhaps this is due to the fact that blue clay contains a rare radioactive element, having great power – radium.

or "radium in blue clay for radiation poisioning" 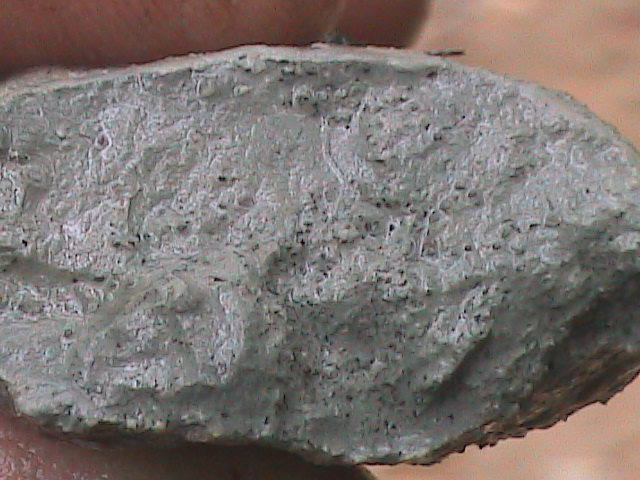 Im glad some one noticed, sometimes I feel that I still dont fit in even here, but you know what, thats not whats important. I dont care what anybody thinks or I would have left long ago. So here is some information I wish to share with you. Take it or leave it. Some of you may think I just some dumb ass redneck from Mississippi,  but some of what I post just might save your ASS one day!

Why do I do it, because I love you guys whether you like me or not.

Patricia, I believe it is bentonite.   I found this http://en.wikipedia.org/wiki/Bentonite

Thanks for taking the time to look, Patricia.

Im going to take some photos of it and where it came from, I will post them in a few hours.

Comment by simpleman on March 30, 2011 at 8:22am
I have been wanting to post something about this blue clay we found, and ask if any of you guys ever use it, but I wanted to research and use it before I post the blog. When we put it on the skin, we get a charge from it too. This stuff is strange and the weird thing is, the bible and other writings say we were once made from clay