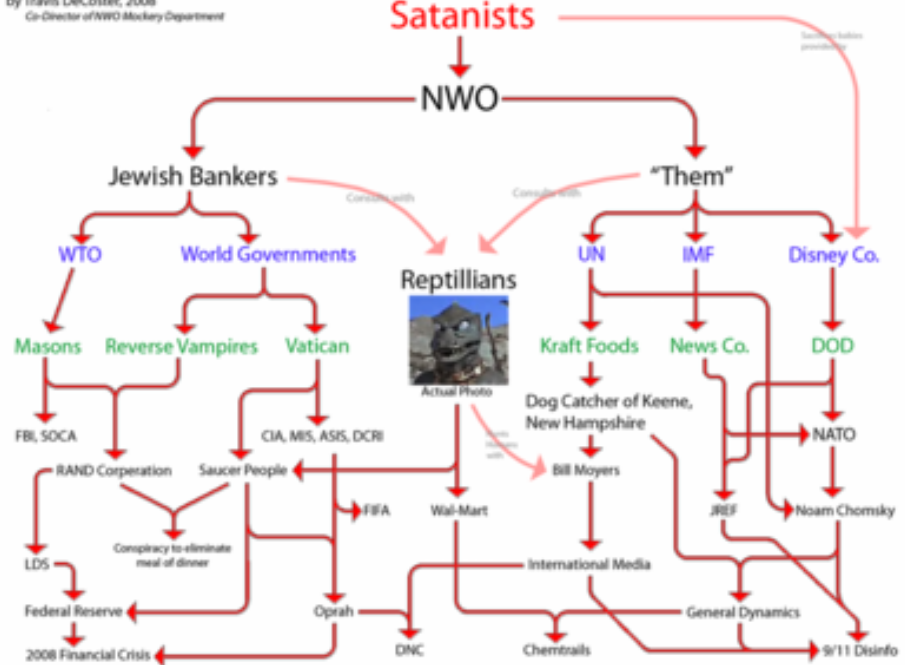 New World Order Definition
Introduction
The following article is extracted from an excellent analysis of the New World Order
by author Ken Adachi which can be found at educate-yourself.org.
The term New World Order (NWO) has been used by numerous politicians through the ages,
and is a generic term used to refer to a worldwide conspiracy being orchestrated
by an extremely powerful and influential group of genetically-related individuals
(at least at the highest echelons) which include many of the world's wealthiest people,
top political leaders, and corporate elite, as well as members of the so-called Black Nobility of Europe
(dominated by the British Crown) whose goal is to create a One World (fascist)
Government, stripped of nationalistic and regional boundaries, that is obedient to their agenda.
Listen to the Zionist* banker, Paul Warburg:
"We will have a world government whether you like it or not.
The only question is whether that government will be achieved by conquest or consent."
(February 17, 1950, as he testified before the US Senate).
Their intention is to effect complete and total control over every human being on the planet
and to dramatically reduce the world's population by two thirds.
While the name New World Order is the term most frequently used today
to loosely refer to anyone involved in this conspiracy, the study of exactly who makes up this group
is a complex and intricate one.


In 1992, Dr John Coleman published  Conspirators Hierarchy:
The Story of the Committee of 300. With laudable scholarship and meticulous research,
Dr Coleman identifies the players and carefully details the New World Order agenda
of worldwide domination and control. On page 161 of the Conspirators Hierarchy,
Dr Coleman accurately summarizes the intent and purpose of the Committee of 300 as follows:
"A One World Government and one-unit monetary system,
under permanent non-elected hereditary oligarchists who self-select from among their numbers
in the form of a feudal system as it was in the Middle Ages.
In this One World entity, population will be limited by restrictions on the number of children per family,
diseases, wars, famines, until 1 billion people who are useful to the ruling class,
in areas which will be strictly and clearly defined, remain as the total world population.
There will be no middle class, only rulers and the servants.
All laws will be uniform under a legal system of world courts practicing the same unified code of  laws,
backed up by a One World Government police force and a One World unified military
to enforce laws in all former countries where no national boundaries shall exist.
The system will be on the basis of a welfare state;
those who are obedient and subservient to the One World Government
will be rewarded with the means to live;
those who are rebellious will simply be starved to death or be declared outlaws,
thus a target for anyone who wishes to kill them.
Privately owned firearms or weapons of any kind will be prohibited.
Namaste