JOIN IN A "ONE UNITED GLOBAL NING MEDITATION". ^_^

Ever since the dawn of our civilization, knowledge of a position of the planets have always been regarded as a vital component to our evolution. It has allowed us to develop agriculture and current technology.
Knowledge of the celestial bodies have also been used to chart one's character and potential.
The main reason why celestial alignments have always been regarded as a magical and transformative events is because they energetically charge the structure of Fractal field.

In order for You to grasp the mechanism behind it, I strongly suggest You to do a research about fractals.
Just to briefly explain it to You, Fractals are self similar patterns, that result from non-destructive charge compression, or phase- conjugation.
This subject is to lengthy to explain in this message, so I won't get to much into the details.

All I am saying, is that there is a sound science behind what we are intending to do here and so it really does work ! !
For the past 40 years exponential growth of technological advancement allows us to conduct an experiments that, PROVE without a shadow of a doubt that our intentions create our reality around us. http://www.theintentionexperiment.com/
We are now also able to measure the effects of group meditations through Random Number Generators (http://noosphere.princeton.edu/ ) and through scientific approach, we can deduct that through our collective intention and harmonic inclusiveness we reduce the rates of crimes and accidents across the entire globe
http://istpp.org/pdf/Shift-PoweroftheCollective.pdf

We are now exponentially swirling towards a spiritual/ scientific/ ecological/ economical/ physical singularity ( a point of infinite potential), that means that with each day this gap between our intentions and manifestations is tightening. That is why, NOW it is very important for the entire Human civilization to vibrate at the highest rates of consciousness in order to vibrationally tune into the reality of pure love and bliss.

Having said that , I would like YOU ALL to participate in this "ONE BIG GLOBAL NING MEDITATION" ^_^
ALL IT TAKES IS FOR YOU TO BE IN A STATE OF GRATITUDE FOR LIFE AT 9PM GMT (0) http://www.worldtimezone.com/
DURING THE 20th of March SAT.
The idea is to stay for 30min. to 1 hour in a positive attitude. To give thanks for the Air that You breath, For the Food that You eat, For the Water that You drink, for the people that You meet. That's all it takes.
This will create a massive shock wave of heightened vibration of our Collective consciousness ( noosphere http://www.noosphereforum.org/ )

Because of YOUR participation in this simple united meditation, a child in Africa will heal from their supposedly deadly dis-ease or someone who was about to execute hundreds of people will simply resign from this deed.
THINK about it ! ! Feel IT ! Embrace IT !Become it !

Ps. Please, please and once again please send this message to as many of your friends as it is possible.
Contribute to spreading this information every day until the 20th of March so that more and more will be aware of it.

Comment by Bartosz Kurzeja on March 16, 2010 at 11:47am
http://www.goldenmean.info/selforganization/

Comment by Bartosz Kurzeja on March 15, 2010 at 3:09pm
Thank you for your comments upfront. It is nice to see Your interest in this.
I could not stress enough to do as much as You can to spread this information to engage as many people as it is possible.

I send You my love and compassion dear Ones. 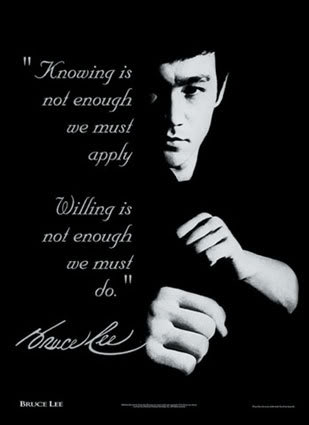