How Materialism posing as Mysticism subverts Spirituality and limits Consciousness

How Materialism posing as Mysticism subverts Spirituality and limits Consciousness

The law of attraction is a wildly-popular modern mystical belief hyped as the secret to fulfilling your every desire. It has big celebrity endorsements, and commercial products rehashing its claims sell in abundance. But beneath the glossy facade there’s often an agenda pushing egocentrism and greed in metaphysical garb, which limits consciousness and subverts spirituality for shallow materialistic ends. 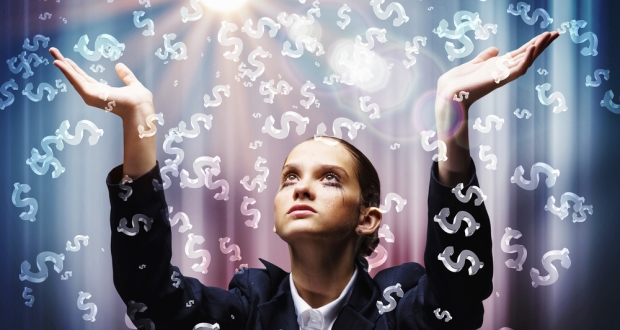 Many spiritual traditions have arisen throughout history and although they have their differences, a common recurring principle is that greed and spirituality don’t mix. Renowned spiritual teachers like Jesus or Buddha did not promote greed in their teachings or lifestyle – quite the opposite: they showed that greed and egocentrism had to be overcome.

Greed has been seen in many spiritual traditions as an obstacle or trap that prevents us from understanding and fulfilling a higher purpose to life. Because it makes us selfish and obsessed with transient things, it has long been taught that renouncing selfish desires, and selflessly helping others to do the same, is necessary to attain salvation or liberation.

But this principle is increasingly turned on its head in the world of commercial spirituality. Some want to have it both ways – a spiritual or metaphysical pursuit in their lives and all their material desires fulfilled – and those selling this message (and the corporations behind them) can make a lot of money out of pushing this false promise. But at what price?

The Marketplace of Spiritual Ideas

Those who look beyond rigid constraints of traditional religious institutions have a seemingly unlimited range of alternatives in what has broadly been termed ‘New Age’ spirituality which intersects with the ‘mind-body-spirit’ and ‘self-help’ scene. 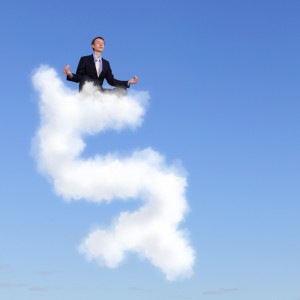 Having the freedom to explore alternative and diverse spiritual beliefs openly in society is a wonderful thing. But in today’s era of mass consumption, savvy people have realised they can make a lot of money by selling messages that cater to people’s spiritual longings in the most commercially appealing way.

The new age scene is diverse, with grass-roots and genuine elements, but like many other alternative social movements, there are those who will inevitably seek to exploit it and use it for commercial purposes. In this process spiritual ideals can be co-opted and commercialised, as corporations, and the authors they support, seek to tap the market for profit.

Having commercial interests direct the course of spirituality goes against the very essence of spirituality, so it is not surprising that the message is not only distorted, but can even be completely inverted by this process.

The Law of Attraction as mystical greed

This is perhaps most apparent when you look at the popularity of refashioned teachings about the ‘law of attraction’, ‘positive thinking’ and ‘manifestation’ for which there are a number of products on the market, some widely successful and endorsed by prominent celebrities. 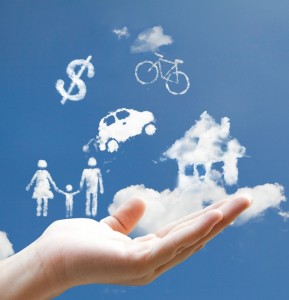 You can’t always manifest what you want

Obviously there is some truth to that – to a point. If you have angry thoughts all the time for example you are more likely to act angrily and provoke others to anger and therefore attract anger back to yourself. So changing negative thought patterns could change the circumstances you attract to a degree.

Not all proponents of the law of attraction are that blatantly materialistic about it, but there is no denying that some of the most popular versions of this theory dangle the carrot by promising wealth, success, and the fulfilment of all desires.

Now one obvious danger with this thinking is that it can encourage delusion. People can’t have everything they want, and claiming they can gives people false hope. But another major problem is that this sort of teaching can easily encourage selfishness, self-indulgence and greed and the view that the the universe is somehow mystically designed to metaphysically reward self-centredness – while perpetuating the view that success and happiness are measured through what you acquire in the world.

When taken as a means to fulfil every desire, this belief can become completely anti-spiritual – a sort of metaphysical materialism, or greed with a mystical gloss, giving people a supposedly mystical way to manifest all their worldly desires while encouraging egocentrism.

Encouraging people to seek happiness through external things, through consumption and status, conveniently suits the corporations nicely, but it goes against essential spiritual principles.

Since when was greed a mystical path to happiness? The fictional Gordon Gecko famously said “greed is good”, but he was a Wall Street stockbroker whose greed took him to jail. His sentiment is not found in real spiritual teachings. 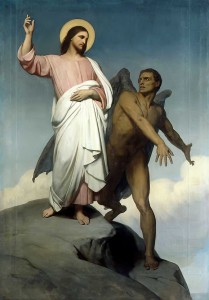 Jesus rejecting ‘all the kingdoms of the world and their splendour’

We only need to look at well-known spiritual teachings to see how inverted some of the most popular metaphysical self-help teachings about the  law of attraction really are. Jesus famously said:

No man can serve two masters; for either he will hate the one, and love the other; or else he will hold to one, and despise the other. Ye cannot serve God and mammon.

Clearly, the law of attraction encourages some people to put their heart in the wrong place…in Mammon – the allegorical God of Greed.

It is also written that after fasting for 40 days and nights in the wilderness, Jesus was tempted by the devil and offered “all the kingdoms of the world and their splendour” which he turned down for the kingdom of heaven. He also said the kingdom of heaven is within you, and that it’s difficult for a rich man to find it. 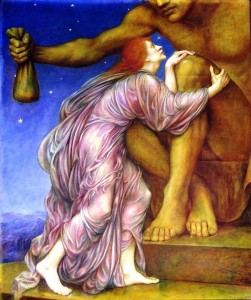 Various spiritual devotees and teachers of many persuasions see renunciation of worldly desires as a necessary step toward spiritual enlightenment. There are various examples of this in many traditions.

Buddha is renowned for making the observation that desire was the source of unhappiness. The more we crave things, the more unhappy and dissatisfied we become because our desires can never be sated. Liberation was to be found by freeing oneself from attachment to desire, not indulging it.

He gave up his wealth to seek enlightenment and teach. Saint Francis also famously gave up a comfortable life to become closer to God and lived his life in selfless service to others.

In the Bhagavad-Gita, Krishna taught that breaking your attachments and doing your duty in the world selflessly without seeking rewards was the way to liberation:

“Therefore, without being attached to the fruits of activities, one should act as a matter of duty, for by working without attachment one attains the Supreme.”

That didn’t mean you had to become a beggar, but he clearly explained that being attached to an outcome and to the senses, and to chase worldly rewards, was a futile way of living. Yet big-ticket marketers of the law of attraction often teach the opposite of that, encouraging people to focus on and believe in getting all the things that they want, rather than seeing these very desires as delusions which trap them, suppress consciousness, and prevent them from awakening and attaining peace within.

Missing from this world view is that life is a school in which we learn and that hardship and suffering are part of the process through which we self-realise so that consciousness can awaken. The circumstances needed for this are not always going to be easy, and when you look at the lives of famous spiritual figures you can see that they often went through great difficulties. Facing difficulties is a part of life, and what we need to grow is not always what we want. Those who believe they can manifest all their desires through positive thinking and believing in the outcome don’t seem to be aware that the more you chase after your cravings, the more you tighten the net of your own enslavement, when you could be using life to break free of these limitations.

Greed has consequences in people’s lives, because it shuts the door to real spiritual happiness and love, but it also has terrible consequences for the world. The world is being trashed because of greed, as people selfishly strive to get what they want with little regard for the consequences. And with people in such a self-centred condition the masses are easily divided and manipulated by the powers that be. Turning spirituality – which offers a way to break free of this mess – into a focus of greed and self-indulgence is truly harmful.

This of course suits the corporations in our economic system just fine, who depend on people’s perpetual despair, dissatisfaction and desires to drive them to chase happiness and fulfilment through continuous consumption. But those who want inner freedom and a genuine awakening of consciousness should not fall into this trap.

Matthew Butler is a freelance writer with a Bachelor of Arts in Journalism, an open mind and a keen interest in defending personal freedom and uncovering the truth. He's been exploring spirituality and consciousness for 10 years and writes at The Conscious Reporter about issues that affect and suppress human potential, consciousness, alternative beliefs, and the right to free expression of spirituality in the world.
Source: consciousreporter.com