Yesterday medical Dr. Rauni-Leena Luukanen-Kilde died in her homeland Finland by severe cancer all over her body, her Finnish cousin told White TV today. White TVs Dr. Henning Witte talked to Rauni about ten days ago on telephone in Finland, not knowing it was the last time. She complained about that she suddenly got cancer as a result of beaming technology, mind control scalar waves. Her complications got so severe that she was forced to leave her home in Norway to a hospital in Finland, where her caring cousin is living.

Rauni Kilde complained over the rude manner of the Norwegian ambulance and that they refused her choice of Norwegian hospital, and over the doctor at the wrong hospital, which wanted to give her morphine against her will. She was allergic against morphine, which she told the doctor. She said to her friend Elisabeth Nyström Barringer that she was afraid, that the Norwegian hospital would kill her, and that she was better in the Finnish hospital and out of danger for her life.

During the last week it was not possible to talk to Rauni any longer and the doctors indicated death.

Thank you XXX,I was badly attacked 17-18.decwith psychotronicweaponslayng at the floor with EXTREME pains  until after midnight I had to call an ambulance 19th to go to hospital where malpractice started from first minute,male dr hit my right kidney so hard  that My urine wasbloody the next day, for three daysfemale dr did not touch meAT ALL, I had said it all comes from beaming-she said noone will believe you-I said insiders doEven my heart was not listened to...she stood 2-3meters away from me all three days until I said  Iwant to go home and did I have a seriousillness now which they have caused with radiation and it was now activated After some bedrest I got assistance to travel with wheelchair to Finland where I will have all tests redoneFinland is not a NATO country having to follow USorders and it is right now much better for me to be here and go tohospital here.In addition my old cat dissappeared and at nightI got a flash vision they hit  and smashed her skull with some wooden blanck...Even if they tried toeliminate me-by giving 2 times an injection i was allergic to I WILL SURVIVE says my automatic writing even to be able to perform later.. But it takes time,I am totally out of energy still,mostly in bed all days..Please DONOT sperad the wordbut if you kow any healers I would appreciate to get their help  because I try to get better ONLY with altrnative methods and if  it would succeed it  would be a medical miracle showing the power of thought and healing.Geetings to YYYYYY,too Love and light Rauni

Dr. Rauni-Leena Luukanen-Kilde was very well known all over the world for her enlightening on the topics reincarnation, ufos andmind control. She taught that we must not fear death because there is no real death, only that the astral body and the soul leave the human body. She knew because she had out of body experiences.

She was a very courageous woman and suffered from many attempts to her life and harassment of all kinds, especially electronic harassment. The dark forces did not like her eye-opening work for humanity. 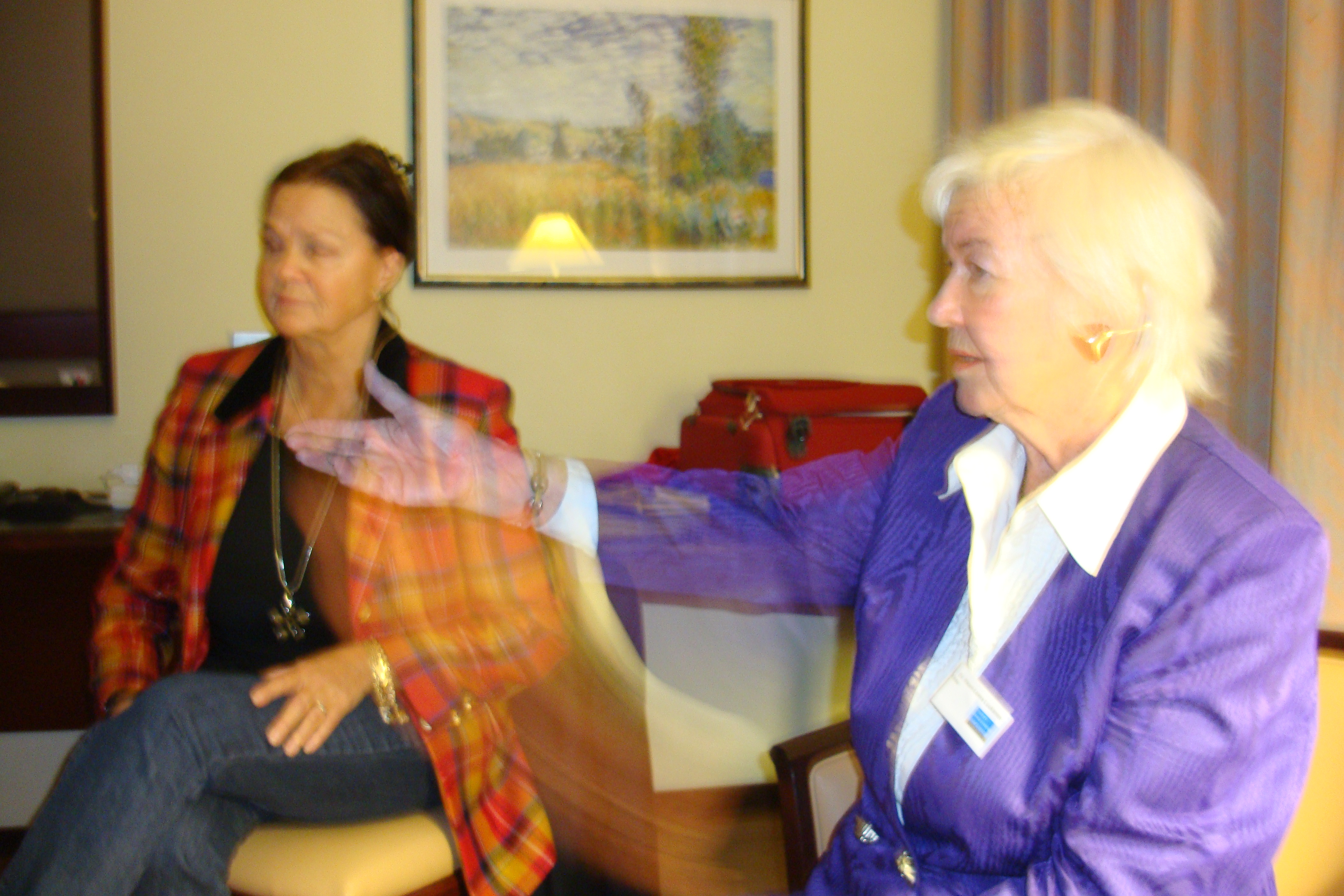 When Henning Witte met Rauni Kilde personally the last time on the Covert Harassment Conference in Brussels the 20th November 2014 she was very fit and healthy. No sign of illness especially no cancer; take a look to her body language in the video below when she was giving her last speech on chips in mind control.

Rauni and Henning sat together with ti Magnus Olsson on the board of EUCACH, the first association for European targeted individuals (ti), victims of electronic harassment, mind control. The dark forces had severely pushed for an other candidate to join the EUCACH board in order to control it, but Rauni Kilde and Henning Witte stand firm. Here could be a reason to murder her to open the way for puppets of the dark side, as they did with all the other mind control groups, especially the German one.

A second reason to kill Rauni Kilde could be her last book. She had complained about problems with her publisher, which caused a severe delay of the book. We can only hope it will be published in a way that Rauni wanted. She was the only author.

The death of Dr. Rauni-Leena Luukanen-Kilde is a huge loss for humanity, because no one combined so much knowledge and pedagogical skills as she to explain the most secret topics of the world.

Rauni we miss you terribly! Thank you for all your efforts and gifts to all of us! You really made a difference! See you soon!