Mankind has been subverted by a satanic cult, the Illuminati, based on Cabalism.
Bohemian Grove has flown under the radar but each year the Illuminati meet
during the third week of July for depraved rituals that ensure conformity to their sick agenda. 2018 is no exception.

"My purpose at the Grove was sexual in nature, and therefore my perceptions were limited to a sex slave's viewpoint. As an effective means of control to ensure the undetected proliferation of their perverse indulgences, slaves such as myself were subjected to ritualistic trauma." Cathy O'Brien

The Satanist cult that has colonized mankind is meeting this week at Bohemian Grove, 80 miles north of San Francisco.

Over 2000 members -- the political, corporate, cultural and military elite of the US -- will be gathered for Satanic rituals, possibly including human ritual sacrifice. They have been meeting here since the 1880's.

According to "Treee," a young Las Vegas woman who claims to have contacts inside the secretive club, a ritual sacrifice of Mary Magdalene took place Tuesday, July 21, 2010; and the ritual sacrifice of Jesus Christ took place Wednesday, July 22. A human body or effigy was burned in front of a large owl symbolizing Moloch, the pagan Canaanite God. Alex Jones filmed a similar ceremony called "Cremation of Care" on July 15, 2000. It can be viewed here.

If having our world leaders belong to a satanic cult weren't bad enough, the Las Vegas woman says the Illuminati are actually an alien reptilian species that occupies human bodies and feeds off our energy. I find this hard to believe, but then I would also find it hard to believe the world leadership is sacrificing babies and making sacrifices to owls. So, I reserve judgment.

This reptilian species is called "Sangerians;" they are a "fourth dimension race" and make up 3% of the world's population. She claims to have met "more than one, more than once." They have three-hearts, shift shapes, are cold-blooded, but are developing human feelings from devouring human flesh and blood.

"Ten percent now get their blood from the Red Cross." Except for sacrifice, their every ritual involves sex. Queen Elizabeth is a leading reptilian. "It all sounds sci-fi and unbelievable," the woman says. "But everything fits."

Treee planned to demonstrate outside the gates of Bohemian Grove dressed in luminescent robes. She invites people to join her. She said we must send the Bohos the message that we know who they are. She said humans must open a dialogue with these creatures or else both species are doomed.

SATANISTS AND THEIR PERVERSIONS

There is stronger evidence that the Grove members are Satanists rather than reptilians. Alex Jones points out that their "Cremation of Care" programme actually shows a baby's body being devoured by the flames. This Youtube photo montage taken from the estate of a BG member leaves little doubt that serious Satanist practices take place. One of the pictures shows a dead body, presumably a human sacrifice.

As for perversion, let's start with the trivial. In 1978, the club actually argued in court that it shouldn't have to hire female staff because members at the Grove "urinate in the open without even the use of rudimentary toilet facilities" and that the presence of females would alter club members' behavior." See Wikipedia entry.

An all-male enclave, Richard Nixon was heard on the Watergate Tapes describing it as "the most faggy goddamn thing you could ever imagine, that San Francisco crowd that goes in there; it's just terrible! I mean I won't shake hands with anybody from San Francisco."

In the Franklin Coverup Scandal of 1989, Paul A. Bonacci claimed that he had been kidnapped and flown to the Grove by Republican leader Lawrence King and was forced into sexual acts with other boys.

In Ch. 18 of The Tranceformation of America, Cathy O'Brien writes" I was programmed and equipped to function in all rooms at Bohemian Grove in order to compromise specific government targets according to their personal perversions.

'Anything, anytime, anywhere with anyone' was my mode of operation at the Grove. I do not purport to understand the full function of this political cesspool playground as my perception was limited to my own realm of experience. My perception is that Bohemian Grove serves those ushering in the New World Order through mind control, and consists primarily of the highest Mafia and U.S. Government officials.

"I do not use the term "highest" loosely, as copious quantities of drugs were consumed there. Project Monarch Mind-Control slaves were routinely abused there to fulfill the primary purpose of the club: purveying perversion. Bohemian Grove is reportedly intended to be used recreationally, providing a supposedly secure environment for politically affluent individuals to "party" without restraint. The only business conducted there pertained to implementing the New World Order, through the proliferation of mind-control atrocities, giving the place an air of "Masonic Secrecy". The only room where business discussions were permitted was the small, dark lounge affectionately and appropriately referred to as the Underground.

"My purpose at the Grove was sexual in nature, and therefore my perceptions were limited to a sex slave's viewpoint. As an effective means of control to ensure the undetected proliferation of their perverse indulgences, slaves such as myself were subjected to ritualistic trauma. I knew each breath I took could be my last, as the threat of death lurked in every shadow. Slaves of advancing age or with failing programming were sacrificially murdered "at random" in the wooded grounds of Bohemian Grove, and I felt it was "simply a matter of time until it would be me". Rituals were held at a giant, concrete owl monument on the banks of, ironically enough, the Russian (rushin') River. These occultist sex rituals stemmed from the scientific belief that mind-controlled slaves required severe trauma to ensure compartmentalization of the memory, and not from any spiritual motivation.

"My own threat of death was instilled when I witnessed the sacrificial death of a young, dark-haired victim at which time I was instructed to perform sexually "as though my life depended upon it". I was told, "...the next sacrifice victim could be you. Anytime when you least expect it, the owl will consume you. Prepare yourself, and stay prepared." Being "prepared" equated to being totally suggestible, i.e., "on my toes" awaiting their command."

Supreme Court Judge Sonia Sotomayor is a member of the all-female "Belizean Club" which is the female equivalent of Bohemian Grove. The emerging picture is that the elite is chosen by virtue of being sexually and morally compromised so they will obey the dictates of Cabalist central bankers who are establishing the New World Order.

I feel sorry for the innocent people who think Osama bin Laden was responsible for 9-11, the media tells the truth and we live in a free country. We live in a world designed and controlled by satanist central bankers according to the blueprint of The Protocols of the Elders of Zion. We are being harassed by terrorism, war, financial crises and viruses just as the Protocols promised. The purpose is to make us throw up our hands and accept world government, which is a euphemism for banker tyranny. Whether it's climate change, wars, bank bailouts or "hate laws," there is less distinction every day between the perversity of the Illuminati bankers and the actions of our governments.

Bohemian Grove is more evidence that our natural leadership has been replaced by Satanists and perverts. We cannot take ourselves seriously as a society as long as these impostors control us. We must ensure that all political campaigns are publicly funded. The media cartels and academia need to be shaken up so they reflect all viewpoints. The central bankers and their lackeys must be banished or the human race is doomed to further degradation.

Paul and his friend were told to eat the testes off the dead kid.﻿

My grandfather was close to Winston Churchill in W W 2
he said that Both Churchill and his pal Aleister Crowley both 33rd-degree freemasons with a group of occultists used to sacrifice young orphan boys on the south coast, the author Dennis Wheatley in his books particularly "they used dark forces" wrote about this.
Locals would see posh cars in convoy with their lights out heading to a spot called the Devils Chimney, where what Lord Dowding called the Black Group would hold these rituals, several locals crept up close and what they described sounds very like the Bohemian Grove antics.
My grandfather said Churchill was a big believer in the occult and surrounded himself with these types.
Great article and I can vouch for all of it from what has been passed down through my family. 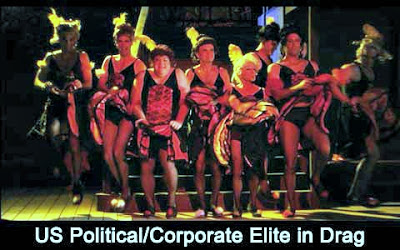 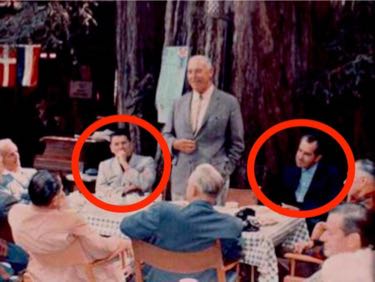 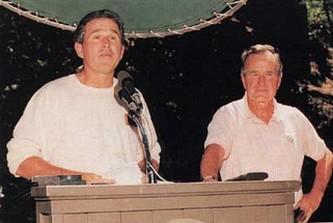