Join CJ Miller and Franco DeNicola as they discuss Becoming Neutral through Transcending Polarity (letting go of judgment).   This is a 3 hr show with a discussion, break and then a full Clearing.  It's a fascinating show, sure to expand your consciousness and raise your vibration!

For more information on Franco DeNicola and what his mission is, please visit his website at www.francodenicola.com

CJ Miller (aka Claudia Helmke Miller) is a Spiritual Counselor, Hypnotherapist and Reiki Healer.  Please visit her website for more information or for archives to past interviews and radio shows at www.wholeearthhealing.com

An announcement from Courtney Brown

By Laron
To read this in Portuguese, Ricardo has kindly translated this article which you can find here.
The Farsight Institutes Courtney Brown announced this message below on his Facebook account about an hour ago. I thought some of you may be interested considering his involvement in remote viewing and past projects/announcements.

In the beginning, only a few will understand the significance of the announcement, and what it means for all of humanity currently living on this planet. Some will laugh, and some will cry. But in time, the world will come to know that life on Earth changed significantly on that day in February 2014.

A mystery that has confused our civilization for thousands of years will find an answer. And from that answer, a new direction for the future growth of our species will arise." - Courtney Brown 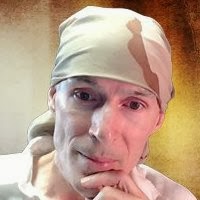 22 Jan - ""Some of the comments on my post below are quite nutty. Some people are reading into it, like there will be an Earth change, or that people have to be ready for some "end times." This is ridiculous. I am planning on nice summer vacations at the beach...for many years to come. But with that said, there will be an announcement that will change everything, and it will happen in February. You will read about it here, and elsewhere. Many will disregard it, or laugh at it. But in time, the world will see that humanity began to see itself differently from that date on."

22 Jan (Second message, same day) - "For those who are commenting on my "announcement" posts below, this is not a tease. Yes, I know something that I am not talking about. I am making a statement of fact, not making a prediction. But the reason for the delay is that much is going on right now. If everything was ready, the announcement would happen tomorrow. But things are not quite ready yet. They will be ready in February. While it is natural to try to guess what is going on, it will not do much good. I have mentioned this here only so that when the announcement does happen, those who are interested will have ready access to it, and to the related information. But to clear the air a bit.... No, there will not be Earth changes. No, the ETs will not land. No, the sky will not fall down, and the Earth will not shake. No, President Obama will not reveal...whatever. What will be announced is actually much bigger than all of that. Honest. But not everyone will agree. My statements below simply say that in time, people will eventually understand that the entire development of our species was fundamentally altered on that day in February 2014. It will take time for people to realize this. But it will happen."

25 Jan - "The Free Dictionary (by Farlex) defines hysteria as "behavior exhibiting excessive or uncontrollable emotion, such as fear or panic." Hysteria is often caused by people thinking about the unknown. It is rarely caused by a real fear of a real thing. There can be wartime hysteria when people are worried about the outbreak of war, even if war never happens. Children can become hysterical about bogeymen even if bogeymen never exist. Hysteria is fear created by the imagination, not reality. While discussions of the upcoming February "announcement" are very useful, it is not useful for people to become hysterical. The announcement will not be about Earth changes or anything else that would disrupt normal lives. It will be about new knowledge that will change the way all of humanity thinks of its past, and its present. It will be a moment of profound learning, nothing more, but nothing less. It will mark one of the most important moments in the history of our civilization. Not everyone will agree, but eventually, that is how most people will come to see it. The greatest changes occur on our planet not because physical things happen, but because new knowledge enters into our consciousness. Some new knowledge is so big, it fills the horizon and changes nearly everything."

12 Feb - "Update: More on the timing of the announcement.... There is still a lot of activity behind the scenes, including disagreement, angry emails, wonder, amazement, international phone calls,..., you name it, it is there. The announcement will happen this month, but I still do not have an exact date. Again, we are not talking about any kind of Earth changes, presidential revelation, pole shift, ET landing, second coming, end of the world, or anything like that. This is much bigger in its own way. It is just an announcement and the release of information, but information changes worlds more profoundly than anything else. Some will disagree and laugh at it. Some will marvel. But in time, history will show that our civilization changed its direction on the date of the announcement. You will read about it here, and elsewhere."

16 Feb - "What I need now is some sleep. I have been on the phone all night with people in the U.K., India, South Africa, and elsewhere, all involved with the upcoming announcement. From the very beginning, the anticipated date of the announcement was 28 February 2014. But there were some uncertainties due to the international nature of the issues involved, so we held off releasing the date. It was wise we did that. Nothing can stop the announcement, but the date involved a lot of coordination with various parties. The problem has been further exacerbated due to the fact that the announcement involves a location which at the present time is not entirely stable politically.

Also, shipping of critical materials was involved, and one shipment turned out to have been corrupted, apparently while in transit. This is now being addressed. After lots of discussion with people all over the world who are involved one way or another, we are now expecting the announcement to happen in mid-March, about two weeks later than originally anticipated. Again, nothing can stop the announcement. But this announcement can happen only once, and it has to be done correctly. Given the amount of coordination involved, mid-March 2014 seems to be optimal.

Further Reading  To continue on to the implication postings and to vote on what you think this may be about, follow this link here.
For my personal view on what this may be actually about, see my article 'A hypothesis on Courtney Brown's upcoming annoucement' and another possible answer to this may be the new genetic DNA results surrounding the Paracas elongated skulls.
Courtney Brown on Facebook, https://www.facebook.com/courtney.brown.7568596
The Farsight Institutes website, http://www.farsight.org