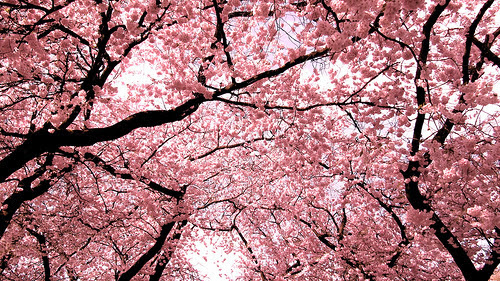 Iran Rial solid on front screens @ 3.58, this is the same rate whales were SKR'd earlier with the IQD.

Iran has publicly announced inclusion in the WTO, but not announced their currency as international, but is expected to on Tuesday, well after the fact when it begins this Sunday morning 1am EST (the start of the Arabic financial markets is Sunday 8am AST or 1am EST). Iran has quietly replaced Saudi Arabia as the leader of Middle Eastern affairs, and the IRR has quietly replaced Dubai as the Middle Eastern Dinar Monetary Authority.

Zimbabwe is the leader within the African Union and all nations choose to make the ZIM / Yuan the new African Reserve Currency for the continent. As such the ZIM / Yuan value will demand a very high rate. A rate so high that it demands explanation, here are three logical reasons:

1) It's valued against all African Union hard assets not just Zimbabwe's.
2) The spot price of gold is expected to drop two-thirds sometime in April, thus making all currencies more valuable.
3) The Chinese Elders want the poorest people to inherent the largest amount of new wealth and freely disburse it to their friends, family and communities... which in turn will re-stimulate the dormant global economies.

A new US government mechanism had to be in place, seated and functioning before the RV was released because all that new money being available before an election cycle could have created a very negative long-term political and military influence. Know with certainty that _____________ is currently the President of the US Republic and has been since January 1, 2016.

As such, Donald Trump has always been well aware that he will never be President, and this is why he ran in the first place. He is doing the Republic a solid in his eyes, as well as promoting his entertainment and real estate brands domestically and internationally. Also, a political election is great tool for public distraction leading up the the RV, and why he may ultimately receive business and currency redemption favors from the Chinese after he patriotically drops out of the Presidential race at the Republican convention.

This is why Trump is so incredibly bold in all of his speeches and statements as both the cabal and Chinese want him to make a complete mockery of US politics so that another pre-selected candidate will be "forced to run" for President at the upcoming brokered Republican convention, and heroically take back the nomination / country from radical primary winner Donald Trump.

It's also a brilliant strategy to replace one leader with another, peacefully, by pre-positing him to potentially serve 9 years (more than two terms) as chosen by the New Powers That Be (BRICS). A similar government hand selected leadership transition was quietly accomplished during a normal election cycle with new Canadian Prime Minster Justin Trudeau.

Occurs on March 20, 2016, Sunday 12:28am in New York City. That's about the exact same time markets in the Middle East open (7 hours ahead), which would be the ideal time to re-introduce an international IRR--which began flashing Friday and went solid after the US markets closed. Seasonal equinoxes mean that light and dark exchange majorities per hours/minutes of each day. Thus a Spring Equinox RV launch signifies the rebirth of life in majority after a long and brutal winter with no sign of new life--or darkness in the ruling majority.

Know that all RV exotic currencies and rates, including the ZIM, VND, IQD, AFA & IRR are all solid & on front screens at this very moment... rising ever more quickly by the hour. Thus it is shrewd and appropriate to ask for any rate you feel necessary to complete your personal and project goals as we've heard the Elders are intending to extend an "astonishing gift" to the world this week. So have great confidence planting your deepest dreams in their new benevolent soil.
Source: operationdisclosure.blogspot.ch

I shouldn't hold your breath, guys